Home Entertainment News “You can’t f*** your way to the top” Kiki Mordi questions why...

She pointed out that when a woman makes so much money, people start insinuating that she slept with men to afford it but no one insinuates a rich man made his money by having sex with people.

She wrote: “You can’t fuck your way to the top, if you could men would be doing it. Stop demanding successful women give you details about the whereabouts of their vaginas if you’re not gonna ask men if their penis got them to the top.

“Tired of this narrative where women have to prove they have not had sex to merit their success when men just have to be successful. You’re telling us that success does not belong to women unless it’s handed to them by men. And via sex no less. Or that sex work isn’t infact, work.” 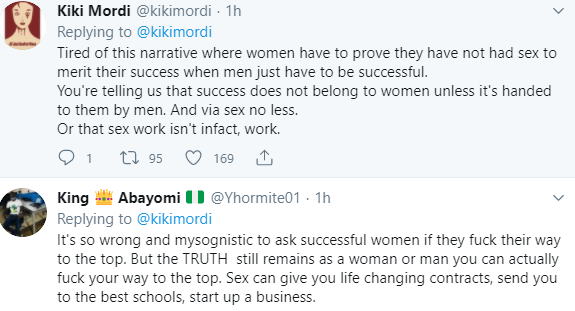