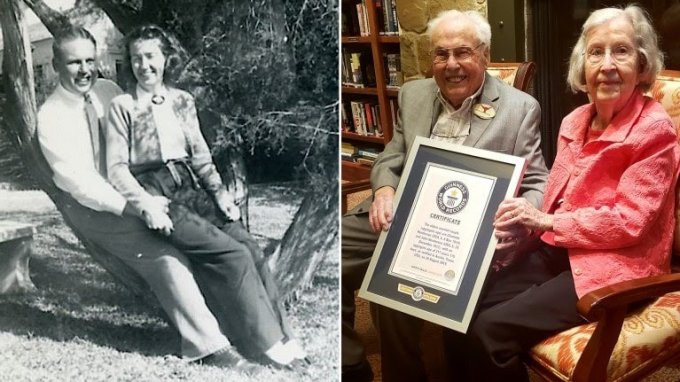 John Henderson, aged 106 and Charlotte Curtis aged 105 are officially recognized by the Guiness Book of World Records as the world’s oldest couple and will on December 22, 2019, celebrate their 80th wedding anniversary, and 85 years after sitting in a zoology class in 1934.

John and Charlotte married in a tiny ceremony with only two guests present on Dec. 22, 1939 and during their honeymoon in San Antonio, they stayed at a hotel that cost $7 a night. 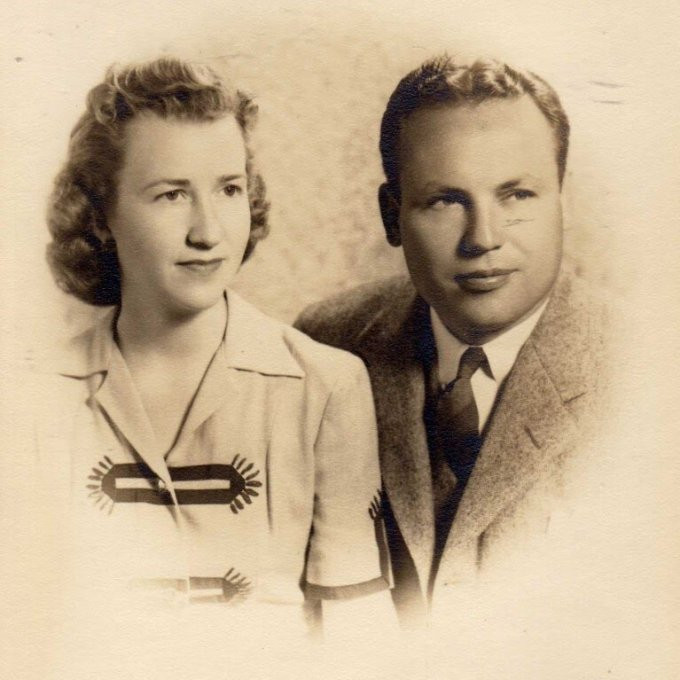 Even though they known each other for 85 years, they have been married only for 80, meaning the record for the longest marriage according to Guinness World Records, belongs to Zelmyra and Herbert Fisher, who wed at the ages of 17 and 19, respectively, and were married for 86 years and 290 days before Herbert’s death in 2011.

“it took her five years to make up her mind that she wanted to get married,”
Speaking about the first time he got a radio, John said;

“And I well-remember that long antenna. They had to put it up from the front yard to the backyard to receive a radio show,” he said.

He recalls renting a room  while in the University of Texas in the early 1930s across the street from the Gregory Gym, one of the few historical buildings remaining on the campus.

“The neighbors next door had a cow and chickens. You can imagine today a cow and chicken house across the street from Gregory, where the campus is so large now you wouldn’t recognize hardly anything,” John said.

“I thought he was just a fine fella, and I didn’t mind his looking over my shoulder,” Charlotte told The Washington Post, remembering the first time she saw John in a Zoology class in front of John while he made passes at her.

The pair have been lauded by many for their long, milestone-filled life together.

dailynaijamode - September 23, 2020 0
As a Financial Institution that is committed to enriching lives and impacting the society, Nigeria’s agile and forward-looking Sterling Bank PLC continues to set the pace by creating valuable opportunities for different categories of...
Read more
https://wlbet9ja.adsrv.eacdn.com/C.ashx?btag=a_152489b_915c_&affid=9196&siteid=152489&adid=915&c=