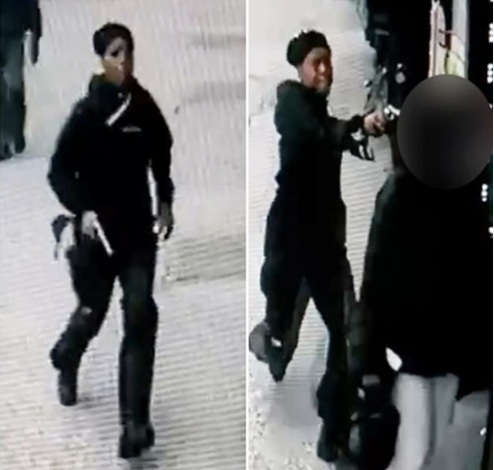 A woman was seen in a chilling video killing her ex-girlfriend on a Brooklyn, New York street.

Nichelle Thomas, 52, was shot in the head just before 1 p.m. Wednesday, April 21, outside a bodega at Fourth Avenue and St. Marks Place in Park Slope.

The shooting was captured on surveillance video. it shows a woman wearing all black running up behind the victim. The woman then pulls a gun and shoots the victim point-blank in the head before fleeing.

Thomas is seen falling to the ground. She was pronounced dead at a hospital.

The suspect, Latisha Bell, accompanied by her criminal defense attorney, turned herself in at the 78th Precinct police station hours later.

Police say the women used to be in a relationship. It isn’t clear when they broke up.

The fatal shooting was the first recorded in the Park Slope neighborhood this year, according to the NYPD.