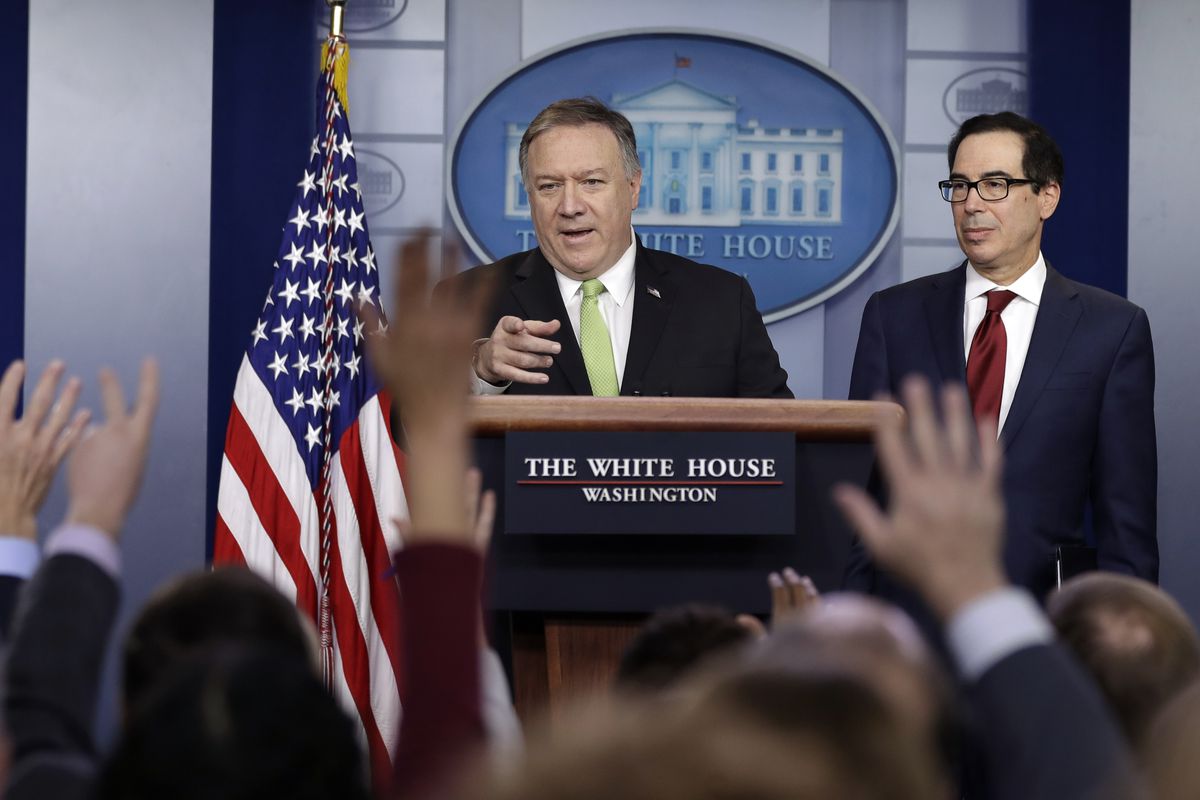 The U.S. on Friday says it is imposing additional sanctions on Iran following its missile attack on U.S. forces in Iraq.

The U.S. Treasury Secretary, Steven Mnuchin, and Secretary of State, Mike Pompeo, disclosed this in Washington.

According to Mnuchin the sanctions will impact individuals who own, operate, trade with or assist sectors of the Iranian economy including construction, manufacturing, textiles and mining, NAN reports.

The measures include: 17 sanctions against Iran’s largest steel and iron manufacturers and eight senior Iranian officials.

Pompeo said the sanctions, initially announced by U.S. President Donald Trump on Wednesday, would deprive the regime of billions in revenue.

This Is So Disrespectful And Heartless! Man Sends Wife’s ‘Nekked’ Photos To Side Chick,See His Reason