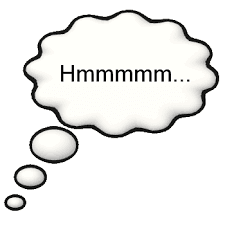 According to him, Prof Osinbajo, like most Nigerians, is tribalistic and employed members of his church and tribesmen during the period President Buhari was away in London on a sick leave.

In an interview with the Sun, Mohammed said Osinbajo made some mistakes in the discharge of his functions as the Acting President, adding that on the whole Osinbajo was tribalistic and focused more on his people.

“You don’t run a country by assuming that you are entitled to certain powers, certain privileges. You are not! We have a written constitution, which provides enormous powers to only one person – the president.

“The president has the right to delegate some of these powers to anybody, including the vice president. But in terms of a written authority to exercise certain functions and powers, the vice president in my reading of the Constitution has basically only two powers.

“One, the vice president is the Chairman of the National Economic Council and that is an occasional meeting – not more than once in a quarter – to discuss general economic policies because we are running a federation.

“Apart from that, the vice president also is the Chairman of the National Boundaries Commission. Again that harkens back to the issue of running a federation.

“If you are running a federation, there must be somebody that advises the president or the vice president on the issue of legal borders, even for the purposes of taxation.

“The president had challenges, and even before he became the president he was not in the best of health, but people did not pay much attention.

“And so when he became very seriously sick and the Federal Government mismanaged, not the sickness, but the flow of information; they were not at the same level with the rest of the country, they were not telling us the truth, until the man had to stay for 37 days and later again for over 100 days in-between hospitals and the official residence of the High Commissioner in London.

“Whether he wanted to hand over some or all of the responsibilities, there was just no way we could have a country without a president or somebody exercising the powers of the president. But that doesn’t mean that these powers are or belonged to the vice president as a birthright.

“No! I believe he (Osinbajo) made some mistakes (in the discharge of this function), but I also believe that on the whole his body language and his verbal expressions did not lead us into a crisis. He didn’t abuse those powers.

“I find that most unfortunate because if a man says go and do this on his behalf, he has the right to withdraw and say I have reassigned it to myself or to somebody else as the law provides. I find the whole attitude from these people rather disgraceful.”