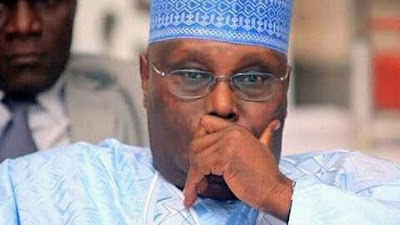 The Financial Crimes Enforcement Network (FinCEN), an agency of the U.S. Department of Treasury, Tuesday placed the candidate of the Peoples Democratic Party, PDP, in the 2019 presidential election, Alhaji Atiku Abubakar and his family members under close watch over alleged financial fraud.

Premium Times unraveled new findings by FinCEN which flagged some transactions linked to the senior politician as suspicious as it surveilled money movements within the international financial system.

Highlighting how Atiku transferred money from Nigeria to US, the Online medium said: “In 1999, Atiku became Nigeria’s Vice-president and, thus, created a blind trust to hold his asset in Intels. It was the blind trust created in 1999 that GTCN was incorporated to manage in 2003, with Gabrielle Volpi. Akintola Kekere-Ekun, a banker, and Uyiekpen Osagie, a lawyer, as its directors and trustees.

“An investigation (of the March 2012 wire transfer) identified GTCN as an alleged shell company that has been used to transfer over USD 10 million via wire transfers through U.S. banks on behalf of the former vice-president of Nigeria, Mr Atiku Abubakar,” HBLNY reported.

Moreso, in 2010, the US Senate Permanent Subcommittee on Investigations indicted GTCN alongside other companies linked to Atiku and Mr Volpi. The committee had investigated how “foreign senior political figures, their relatives, and associates may be circumventing or undermining anti-money laundering (AML) and PEP controls to bring funds that may be the product of foreign corruption into the United States.”

Of the $40 million identified in the US Senate investigation regarding Atiku, $25 million was reportedly wire-transferred into more than 30 U.S. bank accounts opened by Jennifer Douglas, Atiku’s fourth wife.

The wire transfers were primarily by GTCN, LetsGo Ltd. Inc., and Sima Holding Ltd. Both LetsGo and Sima are offshore corporations registered in Panama and the British Virgin Islands, respectively, and controlled by Mr Volpi, according to a letter to the Senate committee by the businessman’s lawyer, Raymond Shepherd of the Washington-based Venable firm.

The transactions identified in the US Senate report were made while Atiku held office as Nigeria’s number two.

The March 5, 2012 suspicious transaction reported by HBNYL was for the purchase of a flat in the “World Trade Centre residences” in Dubai for Rukaiyatu Abubakar, a senior wife of Atiku, through Tanjay, the transaction beneficiary.

The following day, March 6, 2012, as the SAR shows, Deutsche Bank New York raised a compliance question in an information request to HBL Dubai regarding another wire transfer between GTCN and Tanjay in the sum of $200,000 dated January 25, 2012. This was also reported to be for a flat for Rukaiyatu Abubakar – and there was another CHF 741,000 transaction to which GTCN and Tanjay were also parties.

The flagged 2012 wire transfers to Dubai triggered a further investigation, which revealed that GTCN had channelled several other transactions since May 2005, while Atiku was still Nigeria’s vice-president, to an account the company held with Habib Allied International Bank London, (HAIB, London) from multiple accounts held in Switzerland.