Home Entertainment News Uriel Oputa reveals the kind of man she can no longer date,... 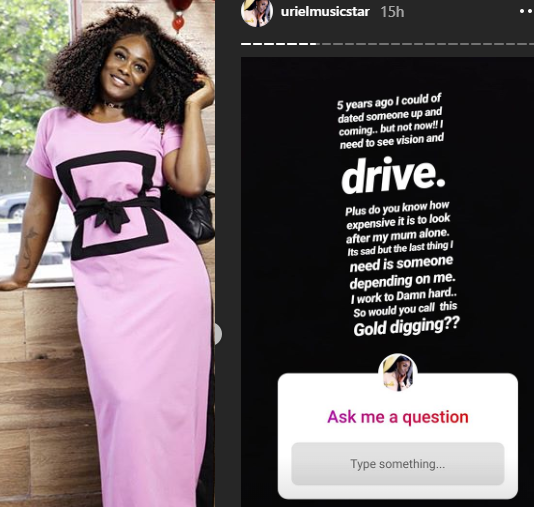 Uriel Oputa has opened up about the kind of men she can no longer date and the kind she now wants.

The former Big Brother Naija reality star said 5 years ago, she could have dated someone “up and coming” but she says she can not do that now.

She said she wants someone with drive and someone who wouldn’t have to rely on her financially.

“Plus, do you know how expensive it is to look after my mum alone,” she added.

She went on to say that wanting a man who has his own is not “gold digging.”

She adds that she is not interested in being a trophy wife because she works hard on her own. But the last thing she wants is a man with no vision.

She went on to question why women are called gold diggers when they refuse to settle for men without drive.

The foodpreneur added that she doesn’t mind dating a man who is 5 years younger “if he’s well put together.”

She adds: “I just don’t want to struggle. I’m having 5 babies so he has to come correct.”

Uriel also mentioned that men run away from her when they hear she is “celibate”.

See the rest of what she wrote below. 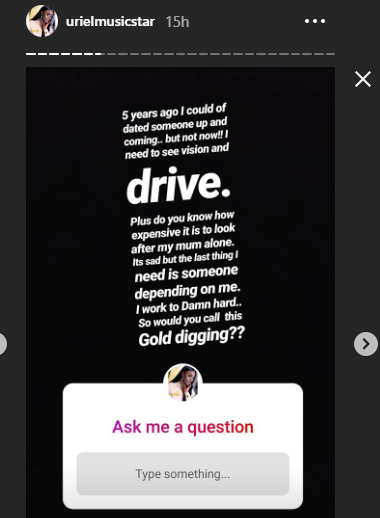 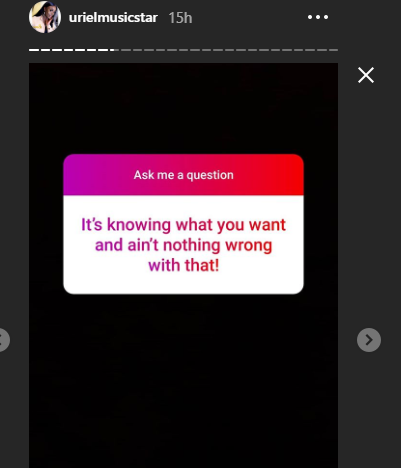 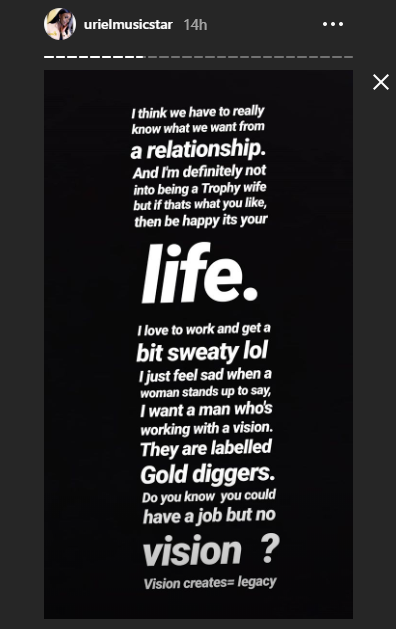 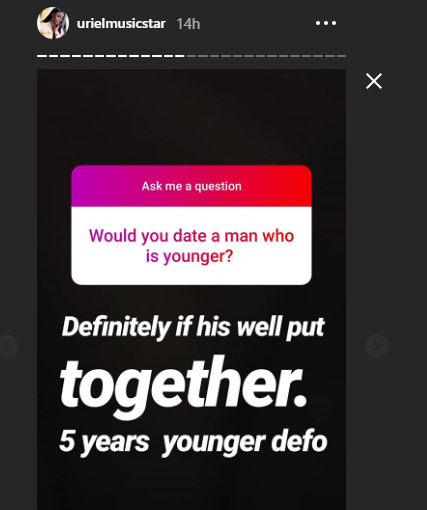 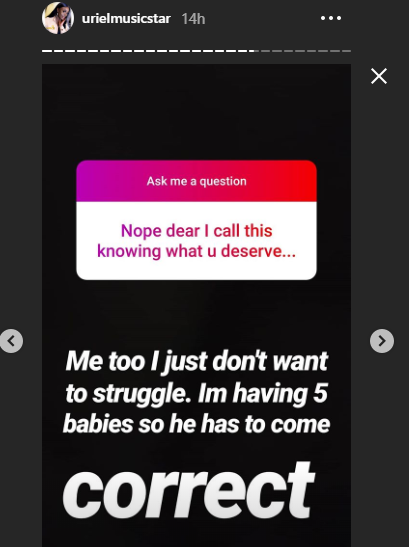 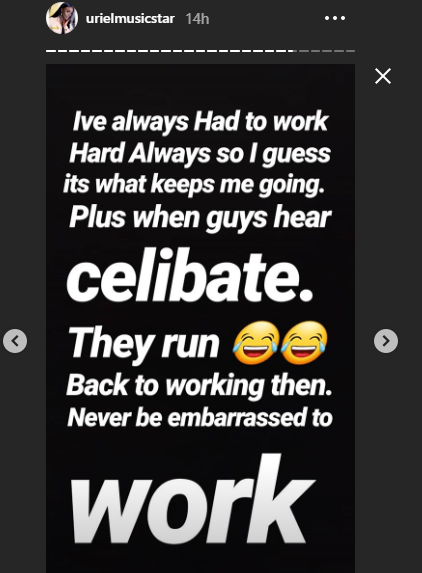