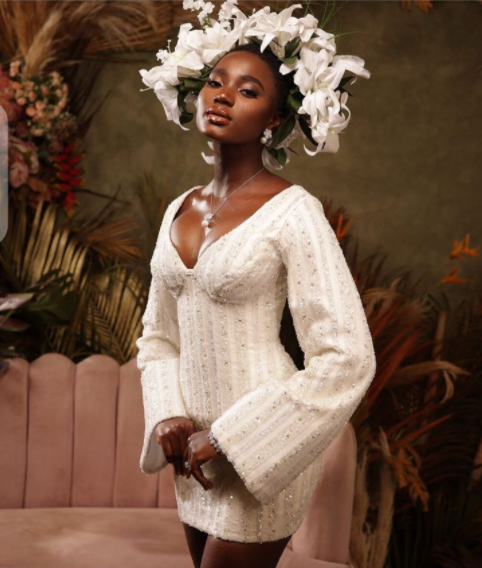 The dress on a model

A Twitter user has taken to the platform to share screenshots of her chat with a fashion designer.

The Twitter user reached out after the fashion designer promoted her new designs online.

Wanting two of the new dresses, she sent the designer a message and asked for the cost of making both dresses.

Her tweets have led to a debate as Twitter users argue whether the dress is overpriced or not. 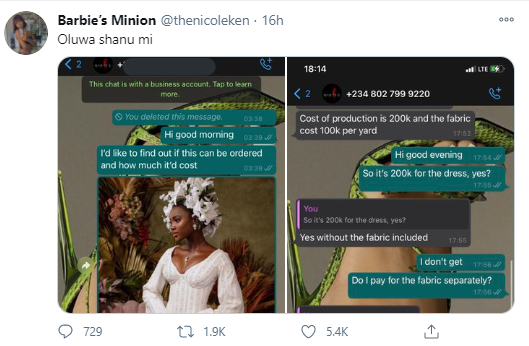 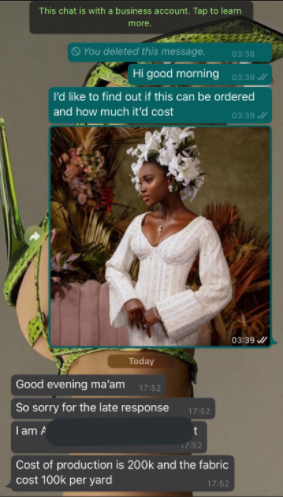 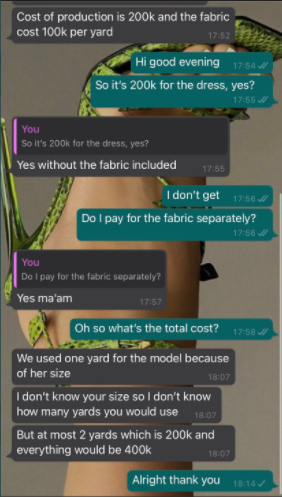 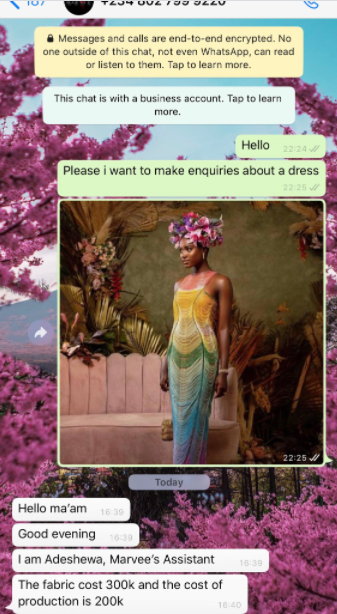 Got a story? If you’ve got a celebrity story, video or pictures get in touch with the Dailynaijamode.com entertainment team by emailing us celebritygists@dailynaijamode.com - we’d love to hear from you.
Facebook
Twitter
Pinterest
WhatsApp
Previous articleTwitter Stories: Lady turns down N190k job in Lagos because she’s scared of Third Mainland Bridge
Next article‘Contractual relationships are a lot better’ – Uti Nwachukwu Says