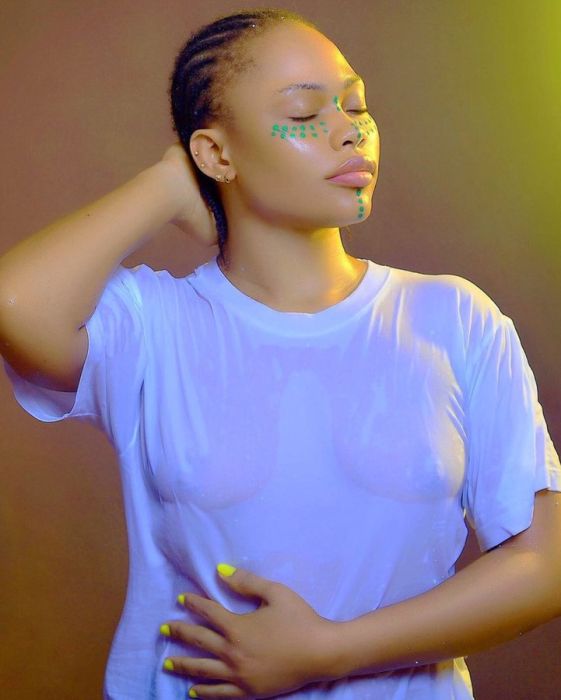 No Bra Day is an annual observance on October 13 on which women are encouraged to forgo wearing a bra as a means to encourage breast cancerawareness. No Bra Day was initially observed on July 9, 2011, but within three years it had moved to October 13, the month of National Breast Cancer Awareness Month.

As early this morning, some ladies including celebrities have started sharing their No Bra Day photos, hilariously using it to praise themselves.

I know you probably won’t retweet this post because what you’re looking for is not in it. True essence of #NoBraDay . Strong women 🙏🏽 pic.twitter.com/IgRT9f8QC5

Squeezing or pinching the breast or nipple won't cause breast cancer either 😍…. #NoBraDay pic.twitter.com/lu5lYYSQke

Drop any picture in your gallery and follow everyone who likes it,🏃👍