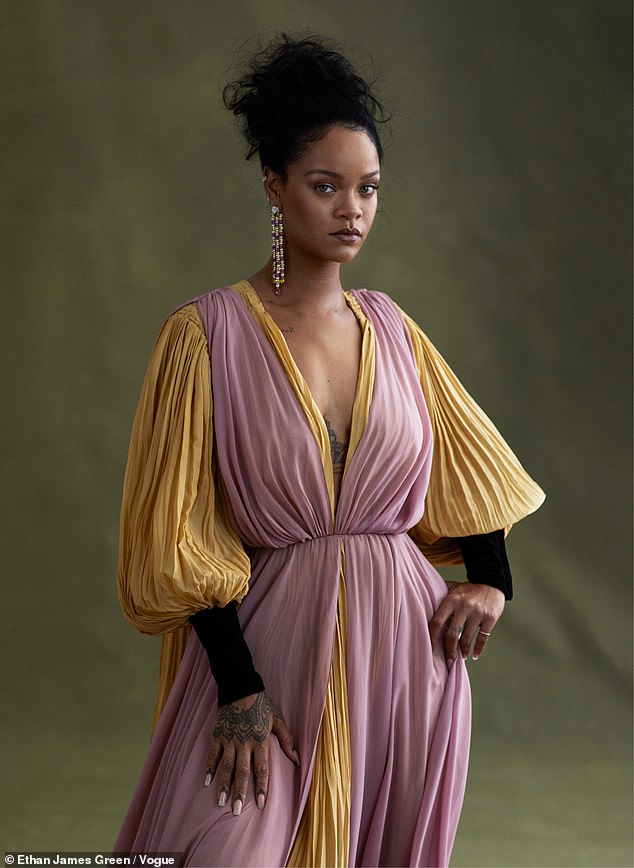 Robyn ‘Rihanna’ Fenty, Barbadian singer and entrepreneur, has slammed Donald Trump, US president, describing him as “the most mentally ill human being in America”. The singer and actress launched the scathing attack on Trump when she spoke with Vogue Magazine about her music, business ventures, and politics.

The 31-year-old Grammy winner also disclosed her fears when it comes to being an immigrant in America.

When asked to speak on the pair of mass shootings in El Paso, Texas, and Dayton, Ohio, that claimed the lives of 32 people in August, Rihanna directed her displeasure at Trump for “being so dismissive of mass shootings because they are so often carried out by white men.”
“It is devastating. People are being murdered by war weapons that they legally purchase. This is just not normal. That should never, ever be normal,” said Rihanna.
“And the fact that it’s classified as something different because of the colour of their skin? It’s a slap in the face. It’s completely racist.”
“Put an Arab man with that same weapon in that same Walmart and there is no way that Trump would sit there and address it publicly as a mental health problem. The most mentally ill human being in America right now seems to be the president.”