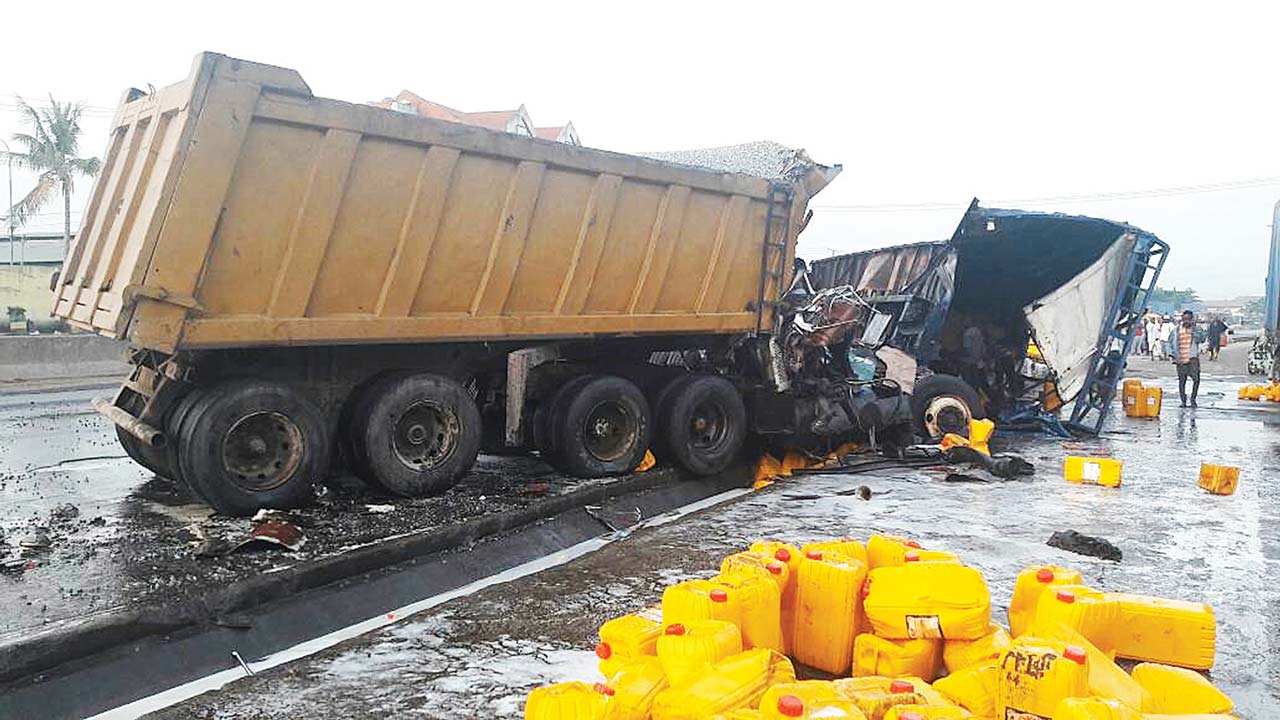 A tragedy occurred, on Friday, in Atoyo area of Ogun State when a yet-to-be-identified truck driver was roasted to death during an accident involving his truck. The incident occurred at about 10.45 am, outbound Ijebu-Ode, along Ijebu-Ode/Benin Expressway.

According to eyewitnesses’ account, the victim who was the only occupant of the Diesel- laden tanker was driving on top speed when it lost control and fell on its side spilling its content which rapidly spread and travelled into the neighborhood. The fire was said to have erupted before the rescue effort could commence.

An eye witness who pleaded anonymity said unfortunately for the victim, he was caught up in the inferno and was burnt to ashes, “the incident was caused by overspeeding on the part of the driver,” he said.

The incident affected the free flow of traffic in the axis before the rescue operation was completed by the state firefighters, Federal Road Safety Corps, the Nigeria Police, and Ogun State Traffic Compliance and Enforcement Corps (TRACE).