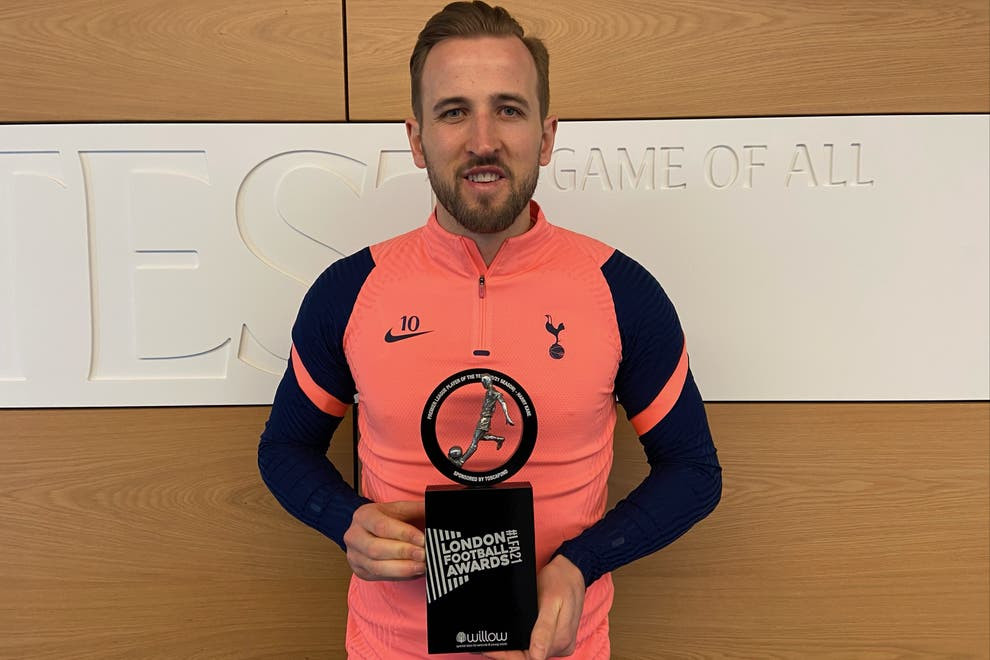 Tottenham striker, Harry Kane has been crowned Premier League Player of the Year at the London Football Awards.

The England international, 27, beat off competition from team-mate Heung-Min Son, West Ham duo Declan Rice and Tomas Soucek and Chelsea’s Mason Mount to win the award after scoring an impressive 21 goals and 13 assists in the league this season.

With five matches remaining, the England captain is leading the race for the Golden Boot with 21 goals and has the most assists in the top-flight with 13.

If he maintains both leads, he would be the first player to be complete the double in the Premier League era.

Kane’s award was one of 10 announced on Tuesday night at a virtual ceremony hosted by Harry Pinero and Alex Scott.