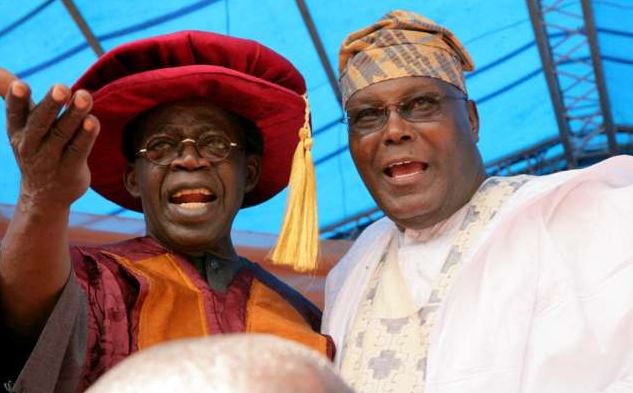 Asiwaju Bola Ahmed Tinubu, the national leader of the ruling All Progressive Congress(APC), has reacted to the verdict of the Supreme Court ruling which upheld Buhari‘s victory.

Tinubu called on the Peoples Democratic Party(PDP) candidate, Alhaji Atiku Abubakar, to use the same energy and tenacity he used to pursue the legal process towards teaming up with the APC for a better national building process.

In a statement tagged: “Presidential Election: Supreme Court Affirms Will of The People”, Tinubu further stated that the people of the country collectively voted Buhari and his victory would be recorded as an important milestone in Nigeria’s democracy.

Part of the statement reads:

“The rule of law conclusively affirmed the collective voice of the people by dismissing the petition filed by the People’s Democratic Party (PDP) and their presidential candidate, former Vice President Atiku Abubakar.

“The sun rose high in the Nigeria sky today to shine its light over the entire land. Atiku should now channel the energy and intellect deployed in the electoral and legal processes toward joining APC “to move this nation more rapidly and assuredly forward.”

“On February 23, the people tendered the foremost expression of their sovereign, democratic will by voting for the re-election of President Muhammadu Buhari. This decision and this day will be recorded as important milestones on Nigeria’s inseparable march toward perfecting democracy and the rule of law across our land,” he said.