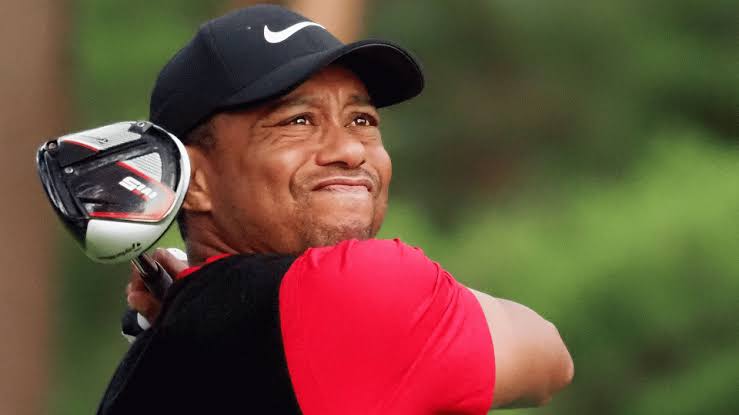 Tiger Woods made golf history Monday when he won the Zozo Championship in Japan for his 82nd US PGA Tour victory — equalling Sam Snead’s 54-year record and adding to his long list of achievements.

The 15-time major winner held off the challenge of home favourite Hideki Matsuyama to win by three shots at the weather-delayed tournament, his first outing since arthroscopic left knee surgery in August.

Woods broke into a huge smile after he birdied the 18th to complete a three-under final round of 67 and finish 19-under par at Accordia Golf Narashino Country Club.

“It’s been a long week, five days at the top of the board is a long time. It was definitely stressful,” said Woods, who pocketed a cheque for £1.755 million.

Woods led from gun to tape in the inaugural US PGA Tour event in Japan, which saw Friday’s play washed out by the fringes of a typhoon that dumped almost 10 inches (25cm) of rain on the course 50 miles (80km) from Tokyo, forcing play into an extra day.

“It’s about consistency and doing it for a long period of time,” Woods said of tying Snead, who died in 2002 four days before his 90th birthday.

“Sam did it into his fifties and I’m in my early to mid-forties. I’ve been very fortunate to have had the career I’ve had so far.”

US PGA Tour Commissioner Jay Monahan was watching at home in the US. “It was just one of those ‘wow’ moments,” he told AFP by telephone.

Woods said it was “cool” that, with the addition of his latest title in Japan, he had now won US PGA Tour events in seven different countries.

“I’ve always been a global player, I’ve always played all around the world and to tie the record outside the United States is pretty cool,” Woods told reporters.

Woods resumed his final round, suspended due to darkness on Sunday, at 7:30 am on the long par-12th but saw his overnight three-shot cushion over Matsuyama immediately cut to two.

Matsuyama inexplicably spurned an easy opportunity to reduce the deficit to one as he missed a four-foot birdie putt on 14, but Woods made no mistake on the same green from 20 feet.

Woods missed a further birdie chance, from 10 feet, at the 15th and was watching from the 16th tee 181 yards away as Matsuyama walked in a 20-footer to get to 16-under.

Matsuyama kept up the pressure but on the final hole his bunker shot flew past the flag and when he missed the long putt back his brave challenge ended at 16-under for the tournament after a final-round 67.

“This was big,” said a smiling Woods. “Hideki made it tight. It was a lot closer than what people probably thought.

“It was a very long week because I was tied for the lead for the better part of five days. I made a mistake right away at 11 and it became a pretty good ball game.”

Playing partner Gary Woodland said he had been privileged to have a front-row seat for the last two rounds as Woods played “unbelievable” golf.

“Obviously the majors speak for themselves, but 82’s just a crazy number,” said the 35-year-old US Open champion who himself has won four times on the PGA Tour.

“You look at the guys that have won 10 times and it’s pretty special, let alone to come out here and win 82 times.

“To battle through the injuries he’s dealt with, gosh, he’s young and he’s playing unbelievable.

“The ball-striking exhibition I’ve seen in the last two days is a joke. So I don’t see him stopping anytime soon. Eighty-two’s pretty special. I think there’s a lot more in store.”

World number two Rory McIlroy finished birdie-birdie for a 67 and a share of third place on 13-under par with South Korea’s PGA Tour Rookie of the Year Im Sung-jae who carded a fine five-under 65.