Home Entertainment News ”They must die”- Watch hilarious video of some residents in Festac town... 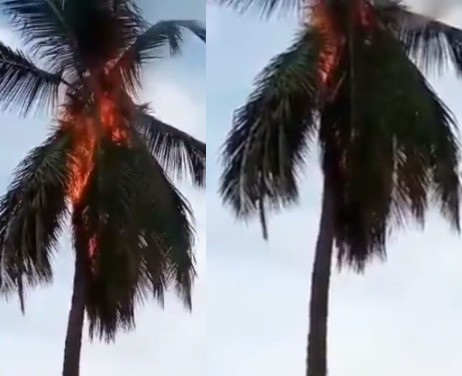 Shouts of Holy Ghost fire rented the air in a part of Festac town in Lagos over the weekend, when a coconut tree suddenly went up in flames after lightning struck it.

The residents were in shock when they saw the leaves burning.  According to them, the fire shows that some evil people are being killed.

In some parts of Africa, it is believed that ”witches and wizards” hold thier meetings on trees.