A gang of teenage thugs recorded the shocking moment they kicked a pensioner into a river before fleeing the scene.

The 74-year-old man was targeted by teenagers as he stood by the River Mersey in Warrington, Cheshire, on Sunday, April 25.

In the sickening video, a teenager sneaks up behind the elderly man and kicks him into the water. 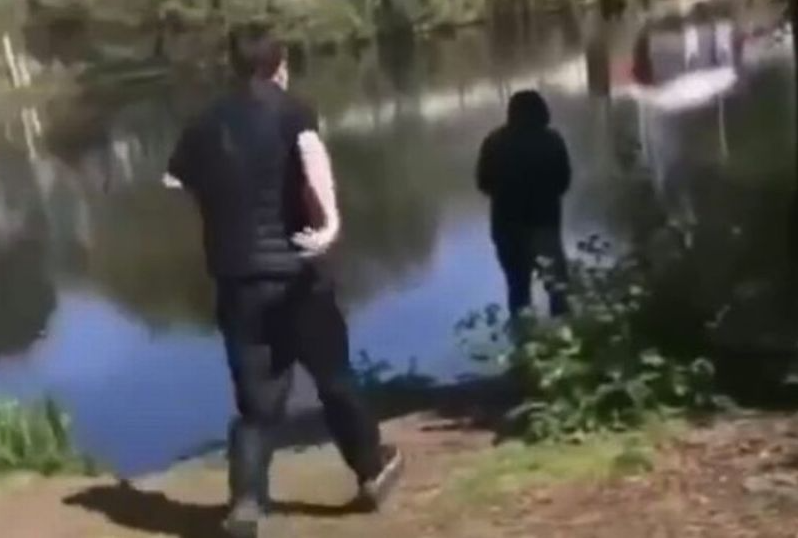 Officers said two or three youths were involved and they ran away laughing.

The elderly man banged his head and sustained a cut to his face before having to walk home alone in “freezing cold”. 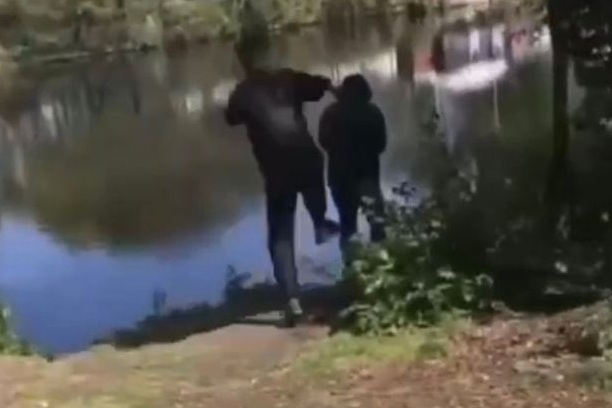 Two women pulled him out of the water and police officers have since launched an investigation, the Liverpool Echo reports.

Sergeant Mark Spaven, of Warrington Local Policing Unit, said: “This was a shocking and upsetting incident which has understandably left the gentleman shaken.

“He returned home freezing cold and had sustained a cut to his face due to banging his head as he fell into the water.

“We are determined to find those responsible and I am urging anyone who has any information or believes they know who did this to come forward.

“I also want to appeal to the two women who thankfully came to his rescue to please get in touch with us as you could have information which could help our investigation.”

Merseyside Police later confirmed a 15-year-old boy had been arrested in relation to the incident.