The Social media was last week, thrown into a frenzy following the release of a sex tape allegedly filmed by students of a private tertiary institution in Nigeria. 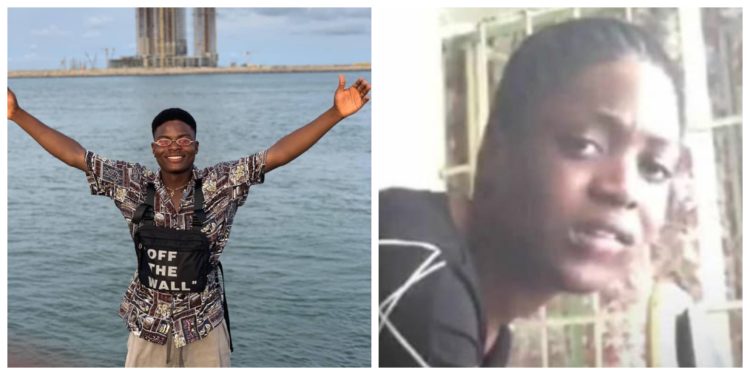 The over 1minute clip showed some very detailed sex scenes which many condemned as being too explicit.
A day after the video went viral, the school management issued a statement on the expulsion of the female student who took part in the video. While many condemned the school, others were of the opinion that the school management had towed the right part by expelling the student.
Just this evening as seen on a social media app, the student who had made the tape viral, one Olaoluwa had come out to seek apology over his actions.
The twitter user identified as @itz_laolao penned down a long apology statement which he posted hours ago

In his words, “I reposted the video on Twitter out of excitement and stupidity unaware of the possible ramifications and I didn’t think about the damages it would cost them”

While others have forgiven the student, quite a number of the app users have condemned his actions and questioned his reason for releasing the video to the public.

Recall the male student in the viral video had already been expelled by the school authority while the female student, according to reports, was in her 300Level before the expulsion.
The last has not been heard about the case as the school we believe, will also respond to this update.

Kindly drop your thoughts about this story

Got a story? If you’ve got a celebrity story, video or pictures get in touch with the Dailynaijamode.com entertainment team by emailing us celebritygists@dailynaijamode.com - we’d love to hear from you.
Facebook
Twitter
Pinterest
WhatsApp
Previous articleVP Yemi Osinbajo and wife, Dolapo, celebrate 30th wedding anniversary
Next articleHow God Revealed My Wife’s Name To Me – Harrysong