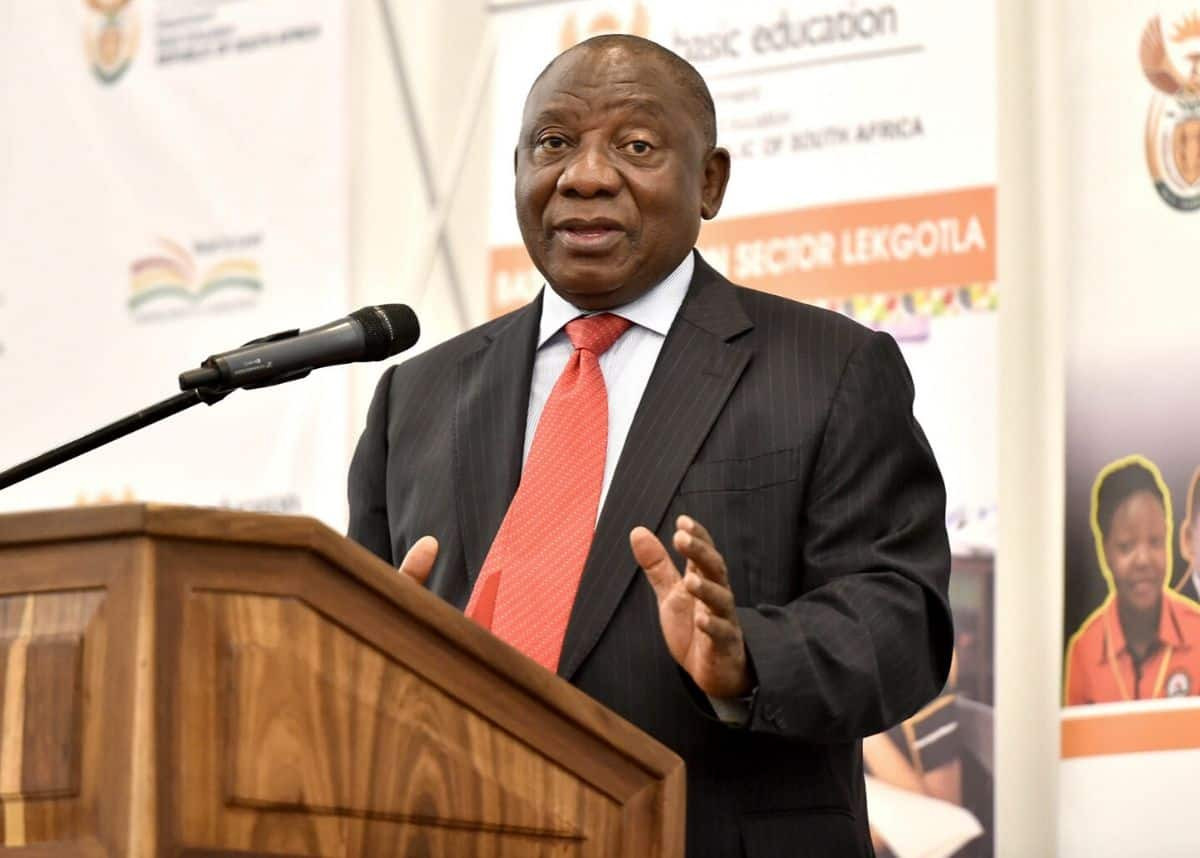 The South African Government has announced that the nation will be going into total lockdown from Thursday March 26, in a bid to curb the spread of coronavirus in the country.

South African President Cyril Ramaphosa announced the measures after coronavirus cases in the country increased from 274 to 402 on Monday March 23.

According to Ramaphosa, the stay-at-home order which will be effective till April 16 does not apply to essential services personnel, including police, health care workers and those involved in the supply of goods, including food.

He said in his address to the nation;

“We need to urgently and dramatically escalate our response.

“The next few days are crucial. Without decisive action the number of people infected will rapidly increase.

“This is extremely dangerous for a population like ours, which has a a large number of people with suppressed immunity because of HIV and TB, and high levels of poverty and malnutrition.”

The country which is currently in recession will be the third country in Africa to close down all but essential economic activity, after Rwanda and Tunisia.

From figures released by South Africa’s Health Ministry, more than half of South Africa’s total cases are in Gauteng province, which includes Johannesburg, the country’s largest city with 5.7 million people, and the capital, Pretoria, with 2.4 million.

Though no coronavirus death has been recorded in the country, majority of people infected are travelers from Europe and other countries. The number of cases that are locally transmitted is also rising.

With the 128 new cases, South Africa as of Monday had the most virus cases in Africa, surpassing Egypt.