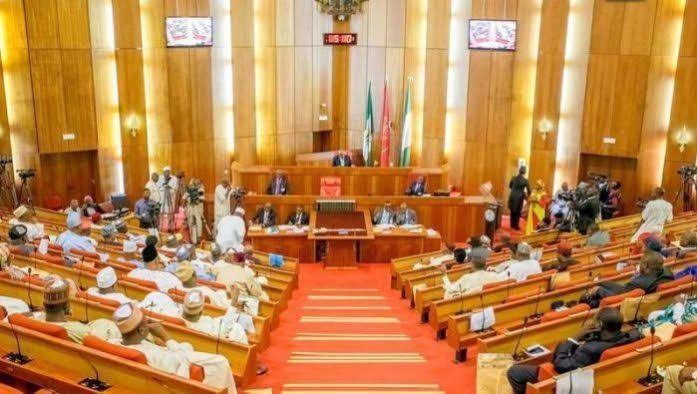 The Senate today December 12th, mandated its Committee on Judiciary, Human Rights and Legal Matters to investigate the alleged invasion of the Federal High Court Abuja by operatives of the Department of State Services (DSS) to rearrest the publisher of Saharareporters and convener of #RevolutionNow, Omoyele Sowore.

This resolution followed a point of order moved by the Senator representing Ekiti Central, Senator Opeyemi Bamidele. Senator Bamidele coming under order 43 of the Senate Standing Rules, drew the attention of the upper chamber to the alleged invasion of a Federal High Court, Abuja, presided over by Justice Ijeoma Ojukwu. Opeyemi while commenting, called on the Senate to mandate its committee on National Security and Intelligence to investigate the matter to enable the upper chamber draw conclusion based on facts.

President of the Senate, Ahmad Lawan, said since the matter concerned the judiciary, the Senate Committee on Judiciary, Human Rights and Legal Matters chaired by Senator Bamidele should investigate the matter and report back to members of the house within one week.

dailynaijamode - September 26, 2020 0
Filipino boxing legend, Manny Pacquiao has confirmed he will be fighting UFC superstar Conor McGregor in the Middle East next year. The ring legend's office made the announcement in a statement and confirmed that Pacquiao's...
Read more

dailynaijamode - September 26, 2020 0
Body positivity activist and the founder of The Boob Movement, Abby Zeus, took to Instagram to share this X-rated photo of herself posing completely naked for her followers. See full photo below.
Read more
https://wlbet9ja.adsrv.eacdn.com/C.ashx?btag=a_152489b_915c_&affid=9196&siteid=152489&adid=915&c=