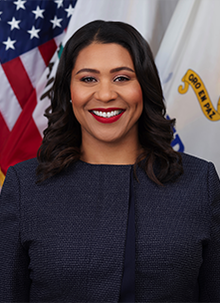 San Francisco’s mayor on Tuesday declared a local emergency to make it easier for the populous city and international travel hub to combat novel coronavirus if it comes — even while stressing that it isn’t there yet.

The move will, among other things, help the city get reimbursed by state and federal governments for money it spends on preparedness, Mayor London Breed said at a news conference.

“This declaration of emergency is all about preparedness,” Breed said.

The announcement follows similar declarations in California’s Santa Clara and San Diego counties. The move came as US health officials warned they expect to eventually see a continual spread of coronavirus in the United States.

Breed’s declaration is effective immediately for seven days, though the board of supervisors will vote on its continuation March 3.

How the emergency will help the city prepare

These are some ways the emergency declaration will help the city prepare, health officials said at the news conference:

• It allows staff to be pulled away from nonessential duties so they can focus on preparedness and prevention. This includes public health nurses, case managers and social workers, who will assess situations in the city.

• Clinicians will be on call at all times to answer questions from anyone who calls the city’s customer service number, 311, with clinical questions about coronavirus.

• “It allows us to look at things like shelters, and other opportunities for us to expand, in the event that that’s necessary, and do a broader assessment of the city’s capacity to respond in the event that there is an outbreak,” city Health Director Dr. Grant Colfax said.

The city also will focus on making sure health care workers — because they’d have the most contact with symptomatic people — have the supplies they need to lower the chances they would become sick, city health officer Dr. Tomás Aragón said.

Media coverage of the declaration itself can raise awareness about how to prevent the spread of the virus, officials said.

So far, there is no cure or vaccine for the virus. Clinical trials to evaluate whether a certain antiviral drug can treat the illness are underway in the United States and China.

“We’re going to depend on a lot of core, traditional public health measures — things like washing your hand(s), making sure that you don’t touch your face and your nose, making sure that if you’re sick, you stay home from school or from work or from social events,” Aragón said.

The virus has has infected more than 80,000 people, mostly in China where it originated, and killed over 2,700 worldwide in the past few months.

The number of coronavirus patients in the United States was at 59 on Tuesday, most of whom who returned to the US after being aboard a cruise ship that was traveling in Asia.

San Francisco’s hospitals have treated three coronavirus patients who were transferred there from other areas, but there are otherwise no active cases in the city, officials said.

City officials addressed San Francisco’s travel links with Asia and China, where the outbreak started in December. The city has a large Asian American population, and usually robust transit to and from Asia, though airlines have recently suspended many routes to and from China.

“Given the high volume of travel between San Francisco and mainland China and the spread of the virus to other countries, there is a growing likelihood that we will see cases in San Francisco,” Colfax said.

He emphasized that the virus transmission was not about race or ethnicity, but travel.

“We are monitoring hundreds of people who have recently returned from travel in mainland China and are helping them to self-quarantine and watch for symptoms,” and so far none has tested positive, Colfax said.

“I think we see many of our restaurants, not only in Chinatown, but across our neighborhoods, that are sitting empty on days that would normally be filled to the brim with people who were going there for eating,” she said.

“We … want to share a message of making sure that we don’t let this disease turn us into racists. At the end of the day … this is about contracting a virus because someone traveled,” Chu said.

Breed encouraged people to “continue to live their daily lives.”

“There is no recommendation to cancel social gatherings at this time, and we should continue to support the neighborhoods we love, like Chinatown,” the mayor said.