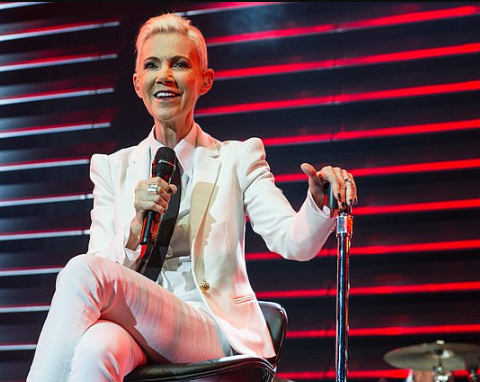 Roxette singer, Marie Fredriksson has died at the age of 61.

The popular Swedish singer, who created the music group Roxette with fellow singer Per Gessle in 1986, died on Monday morning (Dec.9) after suffering from a long-term illness.

Her death was confirmed in statement released by her family.

“Marie Fredriksson is most mourned by her husband Mikael Bolyos and their two children,” the family wrote in a statement.

“It is with great sadness that we have to announce that one of our biggest and most beloved artists is gone. Marie Fredriksson died on the morning of December 9 in the suites of her previous illness.”

They added that their wife and mother will be buried quietly with only the closest family present.

Her co-star Per also paid tribute to Marie, tweeting: “Time goes by so quickly. It’s not that long ago we spent days+nights in my tiny apartment sharing impossible dreams.

“And what a dream we eventually got to share! I’m honoured to have met your talent+generosity. All my love goes to you+your family. Things will never be the same.”

Before her death, Marie collapsed and suffered a seizure while out jogging with her husband in 2002. A brain tumour was later detected and she later had surgery to remove the tumour and completed months of chemotherapy and radiation.

After the surgery, she was left blind in one eye and with limited hearing, while she was unable to speak for months afterwards.

The late singer leaves behind her husband Mikael and their two children, 26-year-old daughter Inez Josefin and son Oscar, 23.

Marie Fredriksson was best known for her Roxette hits It Must Have Been Love, Joyride, Listen To Your Heart and The Look.