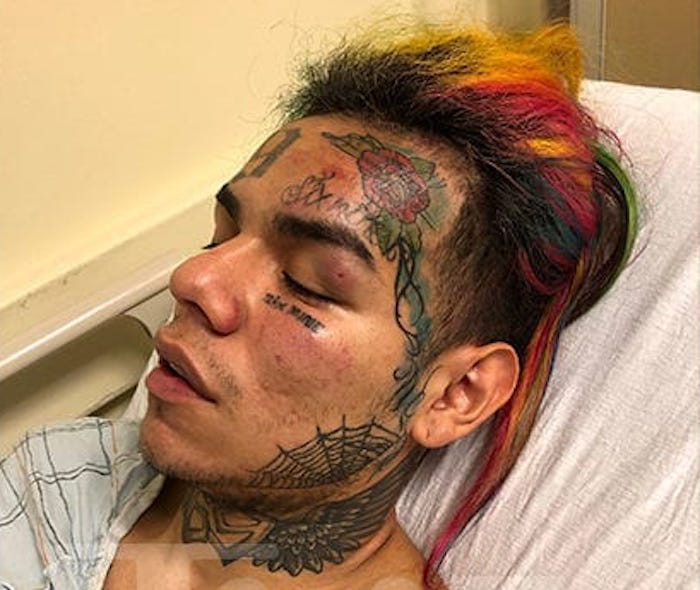 American rapper, Tekashi 6ix9ine has reportedly been hospitalized after an overdose of diet pills and caffeine.

According to reports, the 24-year-old was admitted to a Florida hospital Tuesday September 29, following his adverse reaction to the combination of substances.

In an interview with The Shade Room, 6ix9ine confirmed his hospitalization and said his overdose was a result of taking a cup of coffee with two Hydroxycut pills instead of the recommended daily dosage of one. He claimed the combination of diet supplements and caffeine caused his heart rate to accelerate and began to “sweat excessively” soon after his consumption.

The New York rapper, who is currently on probation, also told the Shade Room that he was using Hydroxycut pills because of his serious weight gain during his time in prison. He claims that he was more than 200 pounds and has now lost about 30 pounds.