American fashion designer, Geoffrey Mac broke down in tears while mourning his best friend who died today from coronavirus.

The Project Runway winner was unable to control his emotion following his friend’s death and he cried in an emotional video shared on his Instagram on Monday, March 23.

“And I just want to make sure that everybody out there stays healthy and takes care of each other because the virus is really real. And I’m just so sorry.”

As he spoke, the sound of an ambulance siren can be heard in the background 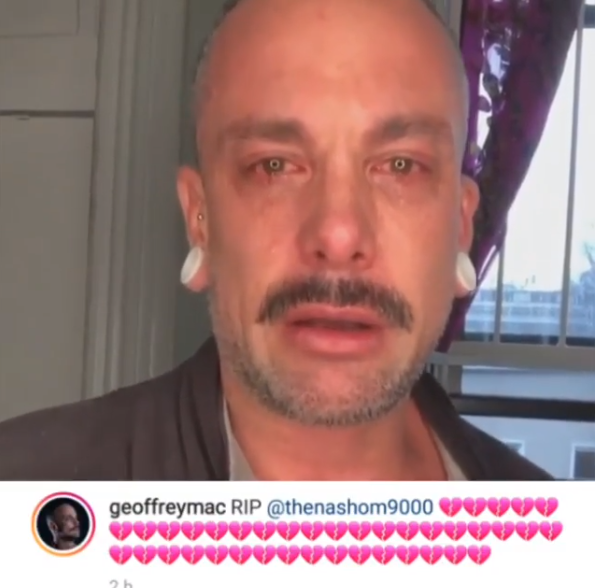 Nashom Wooden is a former Drag star. Wooden came to fame as the drag performer Mona Foot, an act he began in 1989 according to Paper Magazine. He performed at Boy Bar, mostly doing Aretha Franklin lip syncs initially. He learned makeup from RuPaul doing an off-Broadway show called My Pet Homo.

But over time, Wooden stepped back from the persona of Mona, ending it completely at one point. But the success kept coming: he was the singer for The Ones, which he did out of drag, did work with the movie Flawless, and worked at the infamous gay nightclub The Cock in New York City. 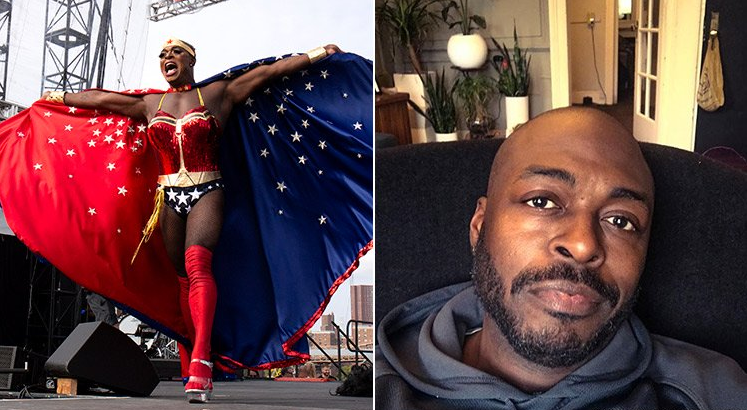 Below is a video of Geoffrey mourning Wooden.