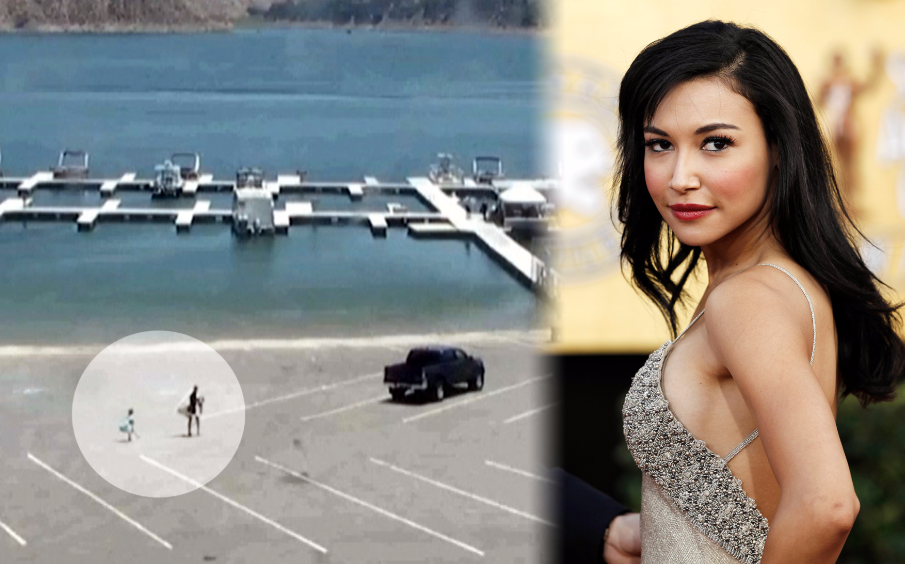 The Ventura County Sheriff’s Office has released CCTV video that shows Glee actress Naya Rivera and her four-year-old son Josey arriving at Lake Piru and riding away in a boat before her disappearance.

“This is the recording from the security camera at the boat launch when Naya Rivera and her son arrived to rent a pontoon boat at Lake Piru. The video will show them departing the dock and travel north in the lake,” the Ventura County Sheriff’s office said in a statement

In the video, Rivera and her son Josey can be seen arriving at the Lake in her SUV. The  actress parked her SUV and walked to the dock with her son Josey behind her.

As they head for the pontoon to find the boat that Naya had hired for the day, one of the pontoon boats can be seen pulling away from the dock and handing them the keys for their rental before they embarked on the trip.

Naya went missing on Wednesday, July 8, as she went on the boat trip with her 4-year-old son, Josey Dorsey.

The Ventura County Sheriff’s Department said they began searching for her at the reservoir at around 1pm on Wednesday after she and her son failed to return a rental boat to the facilities after the three hours she paid for expired. When the staff found the boat, they discovered her son floating on the boat alone.

At a press conference on Thursday, Kevin Donoghue, sergeant at the Ventura County Sheriff’s Office, said that Naya Rivera’s 4-year-old son, who was found alone on the boat in the middle of the lake, told investigators enough information that made them “conclude that his mother never made it out of the water.”

He said he told police that his mum “jumped into the water but didn’t come back up.”

Authorities have now changed the search and rescue operation to a recovery operation as they believe the actress may have lost her life in the lake.