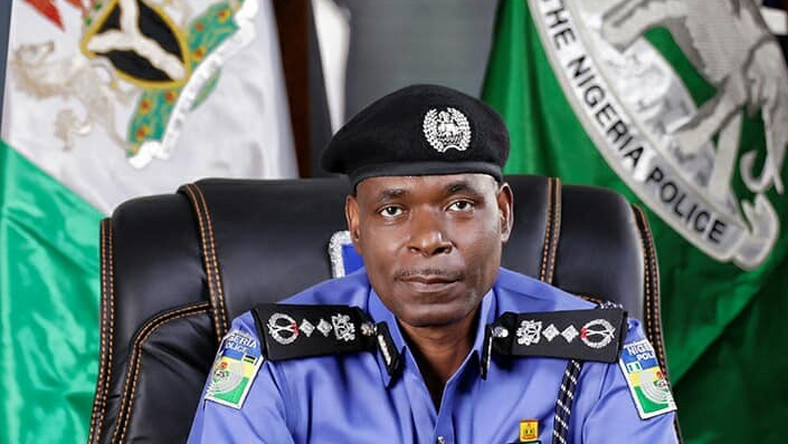 The list shows that out of the 10,000 candidates drawn from the 36 states of the federation, 528 were recruited from Nasarawa, the home state of the Inspector General of Police, Mohammed Adamu, while Katsina, where President Muhammadu Buhari hails from got 435 candidates.

According to Punch, the government of Borno and Bauchi states had earlier complained to the Police Service Commission about the observed discrepancies in the candidates’ list, saying the police shortchanged them by allotting the highest slot to Nasarawa, a state with 13 local councils.

President Muhammadu Buhari’s home state gets the second highest allocation in the police recruitment of 10,000 constables across the 36 states of the federation. [Twitter/@BashirAhmaad]

Based on the approved slots for the recruitment, each local government areas across the 36 states was supposed to get 12 candidates.

Going by this arrangement, Nasarawa state was meant to get 156 slots instead of 528 recorded in the recruitment list.

However, an analysis carried out by the Police Service Commission shows that out of the 528 recruited from Nasarawa State, 372 did not apply for the job, but were included in the recruitment list.

The analysis also revealed that 40 candidates who did not apply for the job in Cross Rivers state were allegedly smuggled into the list, while 48 illegal names were included in the slots for the Federal Capital Territory, Abuja, Punch reports.

Additional 87 names were added to Benue state allocation as the state got 363 instead of 276; Kogi’s slot was padded with extra 52 names and got 304 candidates instead of 252, while Kwara State was shortchanged by 23 candidates. The state got 169 slots instead of 192

Men of the Nigeria Police Force (The Sun)

Adamawa, the home state of Alhaji Atiku Abubakar is among the victims of the alleged lopsided allocation. The state is entitled to 252 but was given 249 slots. Gombe, which deserves to get 132 got 171 slots.

Taraba got 211 candidates against the 192 it was entitled to, while Yobe was short-changed by 49 slots as it was given 155 instead of 204 candidates.

Another state that was deprived of its entitled slots in the north is Jigawa. The state got 280 instead of 324, while Kaduna was padded with extra 31 candidates that gave the state 307 slots instead of 276.

Kano, a state with 44 local government areas deserves to get 528 candidates, but the state was cheated as it received 403 positions, while Kebbi had 20 extra candidates, giving it 272 slots instead of 252.

The police recruitment list awarded 192 candidates to Sokoto state instead of 276, while Zamfara was also shortchanged by 39 slots as it received 129 instead of 168 slots.

In the South-east, Abia State was short-changed by 18 slots. It received 186 instead of 204 slots. Anambra too, was deprived of its entitled 252 slots, the state got 192 instead.

Other state in the Southern part of the country were similarly deprived to their entitlement in the allocation of slots during the recruitment exercise.

Region by region breakdown of the slot allocation

New police recruits are expected to undergo different physical exercises at training schools as part of their training for the job. (Punch)

The North-West with 186 council areas was entitled to 2,232 position but the police awarded it 2,018 candidates.

The PSC also discovered that the South-East was deprived of 161 slots. The region was awarded 979 slots instead of 1,140.

Meanwhile, the Nigeria Police Force has invited the shortlisted candidates for training at the 18 police colleges and training schools across the country

According to Punch, the candidates have not been issued the required unique number usually allocated to police trainees by the PSC and they are expected to resume training schools on Monday, October 21, 2019.

However, the spokesperson for the Police Service Commission, Ikechukwu Ani, has in a statement urged the public to ignore the recruitment list, saying the authentic list would soon be released.

The statement reads in part, “The commission notes that the list released by the police is an act of illegality and from close observation is in serious breach of the Federal Character requirements.

“The commission urges the public to be wary of the list as it will soon resume the remaining stages of the recruitment process and release the authentic list of successful candidates, local government by local government.”