A college student studying environmental science fell about 100 feet to her death while hiking on a class trip to the Ozarks, officials said.

Andrea Norton, 20, was among a group of Briar Cliff University students who traveled to Hawksbill Crag in Arkansas’ Ozark National Forest on Sunday morning as part of a class activity, Newton County Sheriff Glenn Wheeler said.

Witnesses said she repositioned herself for a photo and then fell, KYTV reported.
Wheeler said 61 emergency personnel responded to the scene, and that Norton lost her footing before she fell approximately 100 feet. 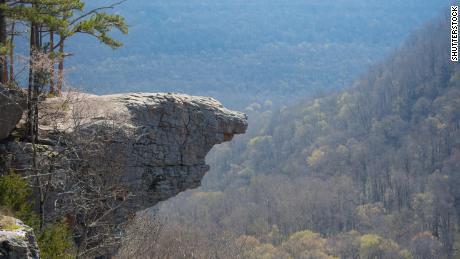 The professor that led the group of students to the crag has been coming there for more than 20 years, Wheeler said

Couple kills baby for preventing them from having s3x

This is Nigerian lady Every Guys Are Talking About On Twitter