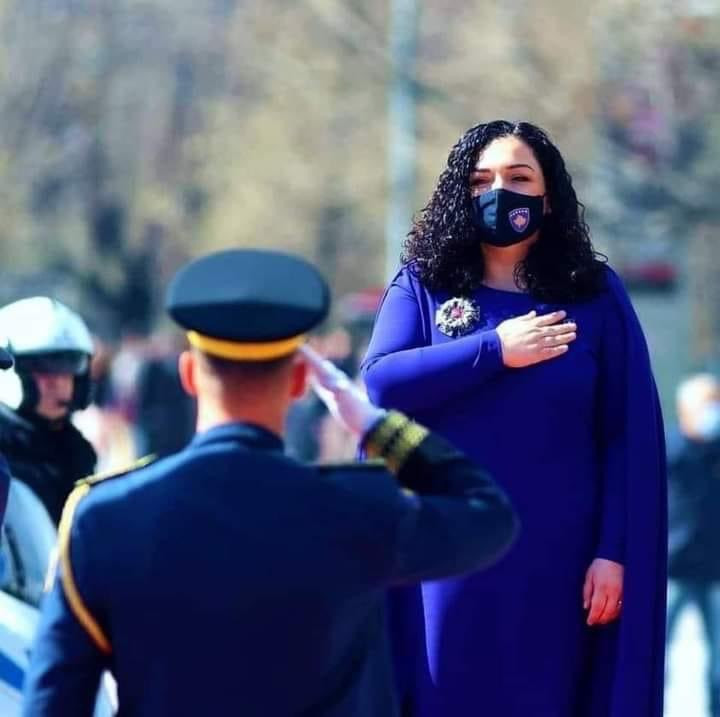 Kosovo has elected a new president, Vjosa Osmani-Sadriu, 38, after the former president, Hashim Thaci, vacated the post in November, 2020, after being charged with war crimes.

The 38-year-old reformist and lawyer Vjosa Osmani was approved as president by the country’s parliament in Pristina on Sunday, April 4, with the backing of Prime Minister Albin Kurti and his Vetevendosje (Self-Determination) party.

Osmani received 71 votes from the 82 lawmakers present in the 120-seat parliament.

The inauguration of Vjosa Osmani-Sadriu as the President of the Republic of Kosovo took place Tuesday, April 6, in Pristina, Kosovo, marking the start of her five-year term in the office. 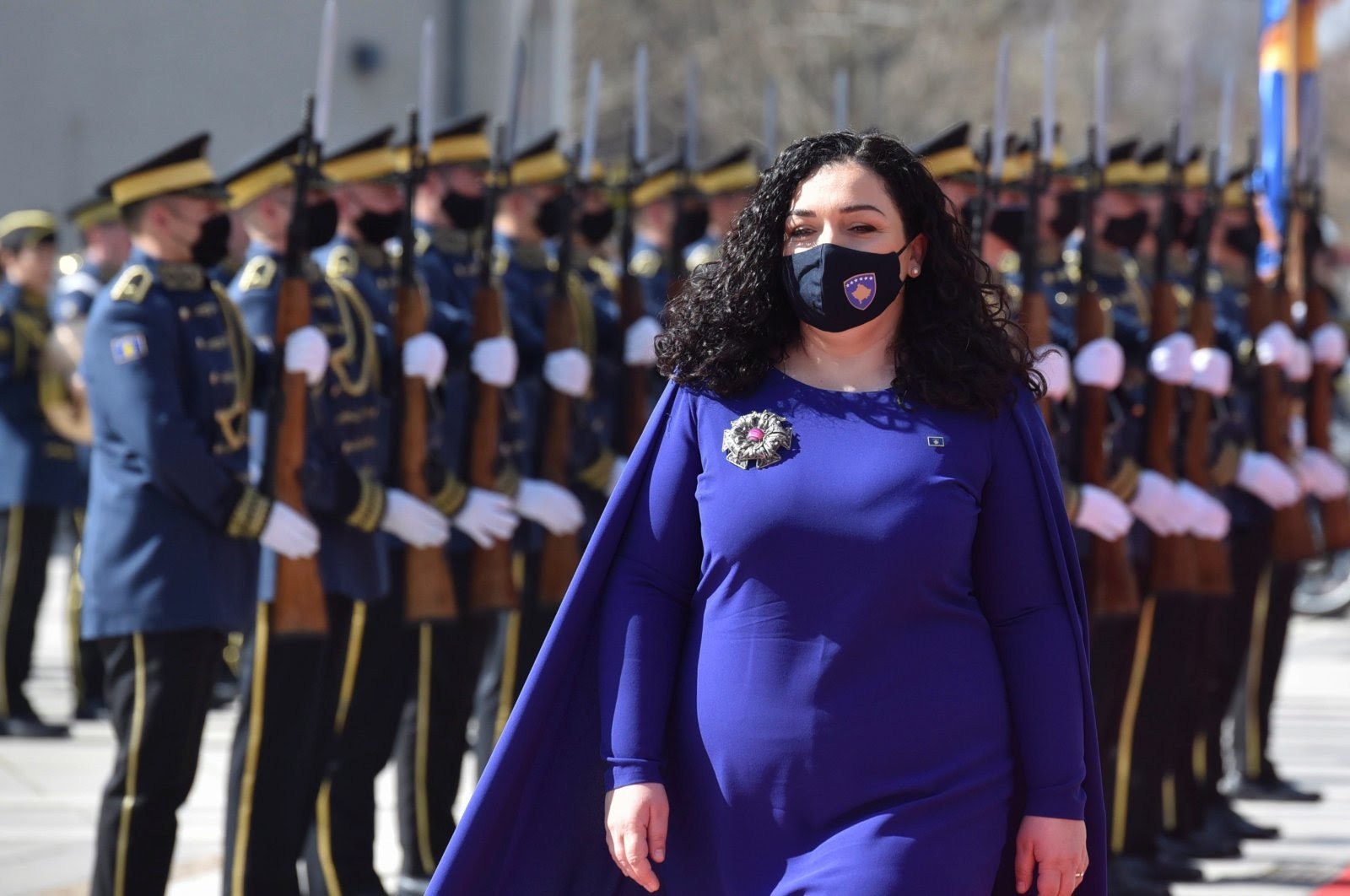 She is the country’s youngest head of state and one of the youngest in the world. 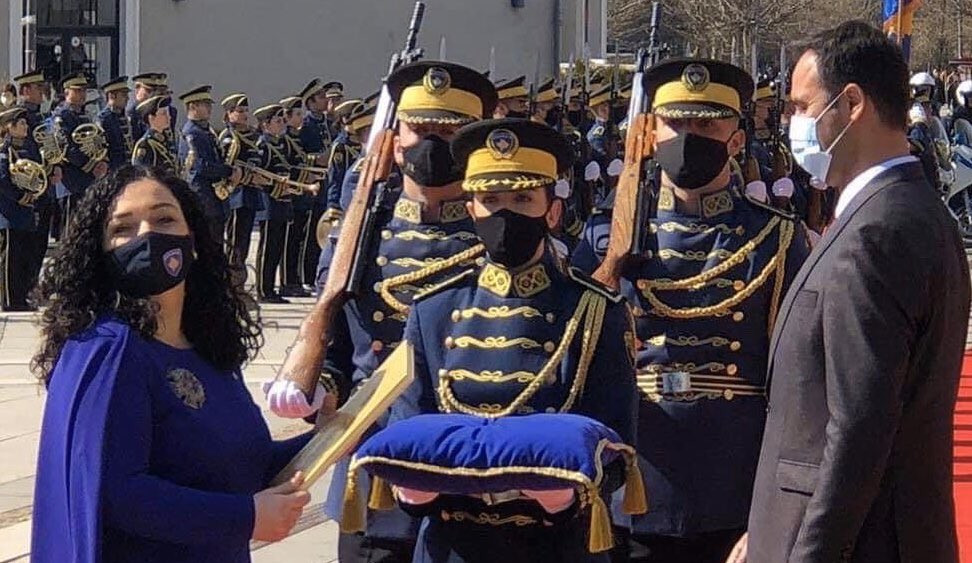 Osmani started her carrier as a teenage activist. She studied law in Pristina and then completed her master’s and bachelor’s degrees at the US University of Pittsburgh.

The politician was one of the senior officials of the Democratic League of Kosovo (DLK) party. However, Osmani was ousted from the organization following inter-party strife. 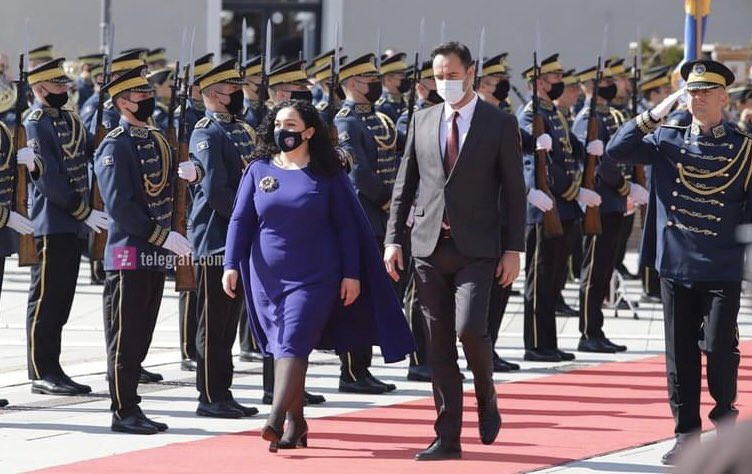 She remained an immensely popular figure, securing over 300,000 votes as a Vetevendosje candidate at the February election.

Osmani is also seen as a role model for women in the mostly patriarchal Balkan country. 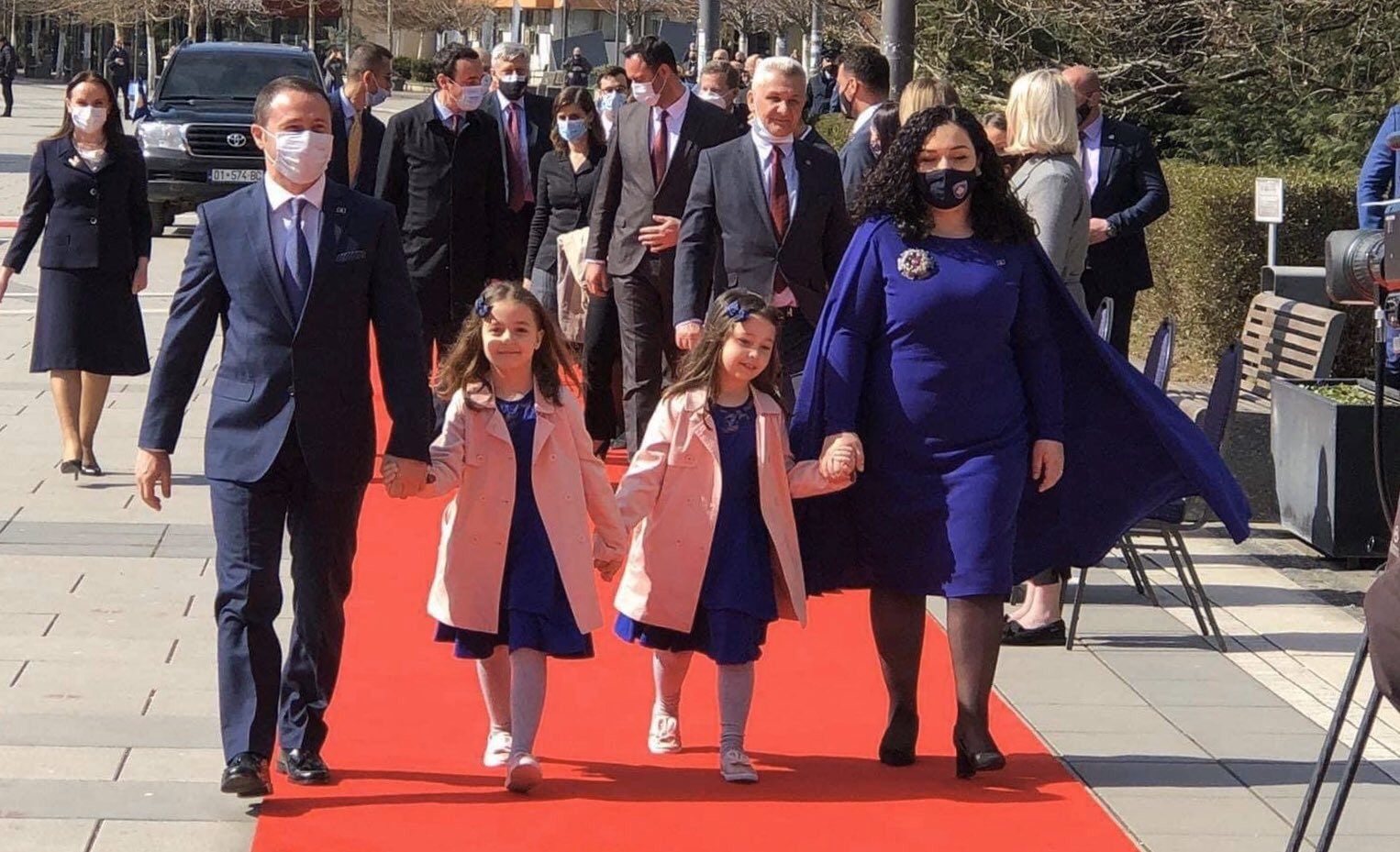 Congratulations have been pouring in for the new president, while some used the opportunity to compare her to women twerking on social media. 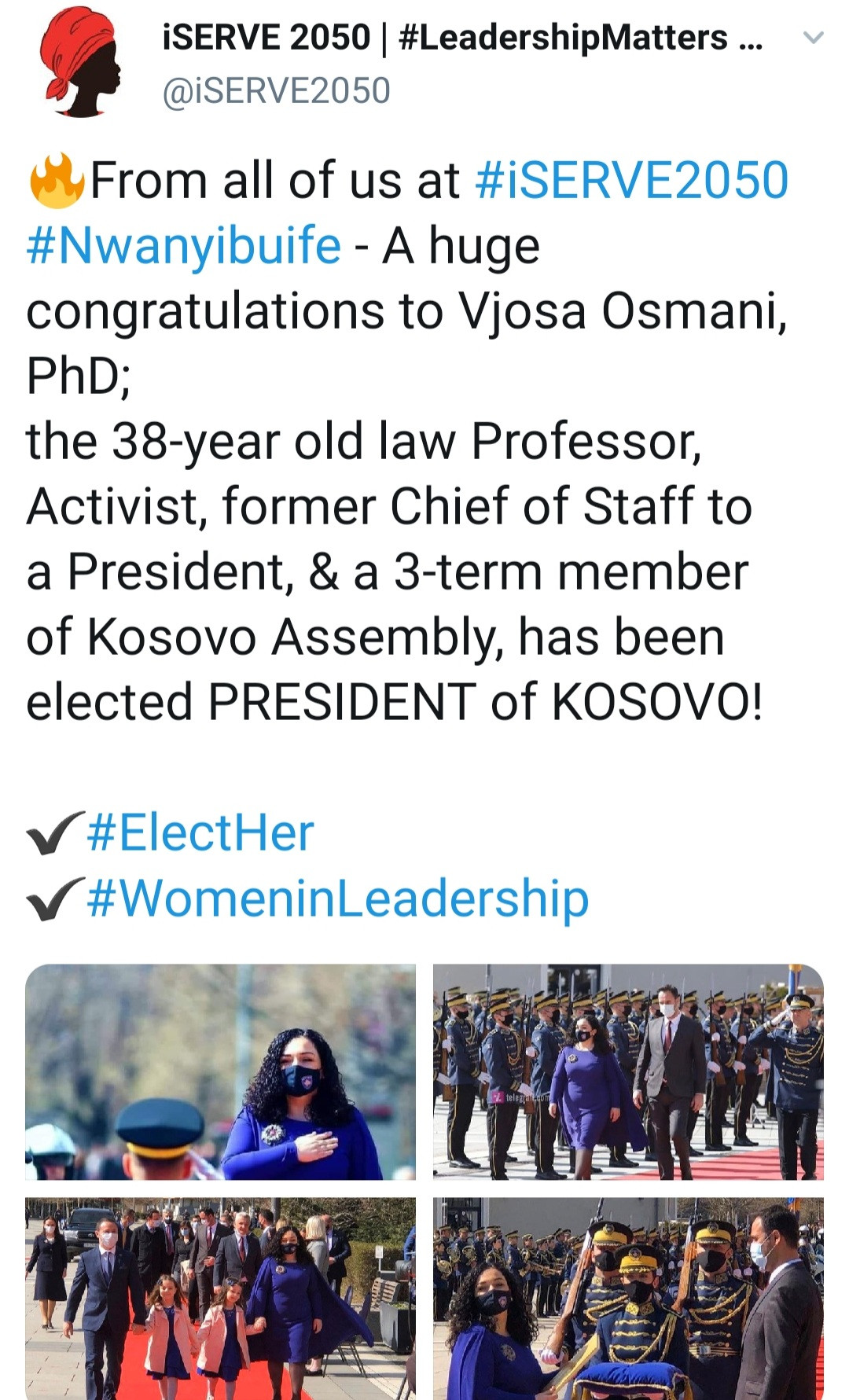 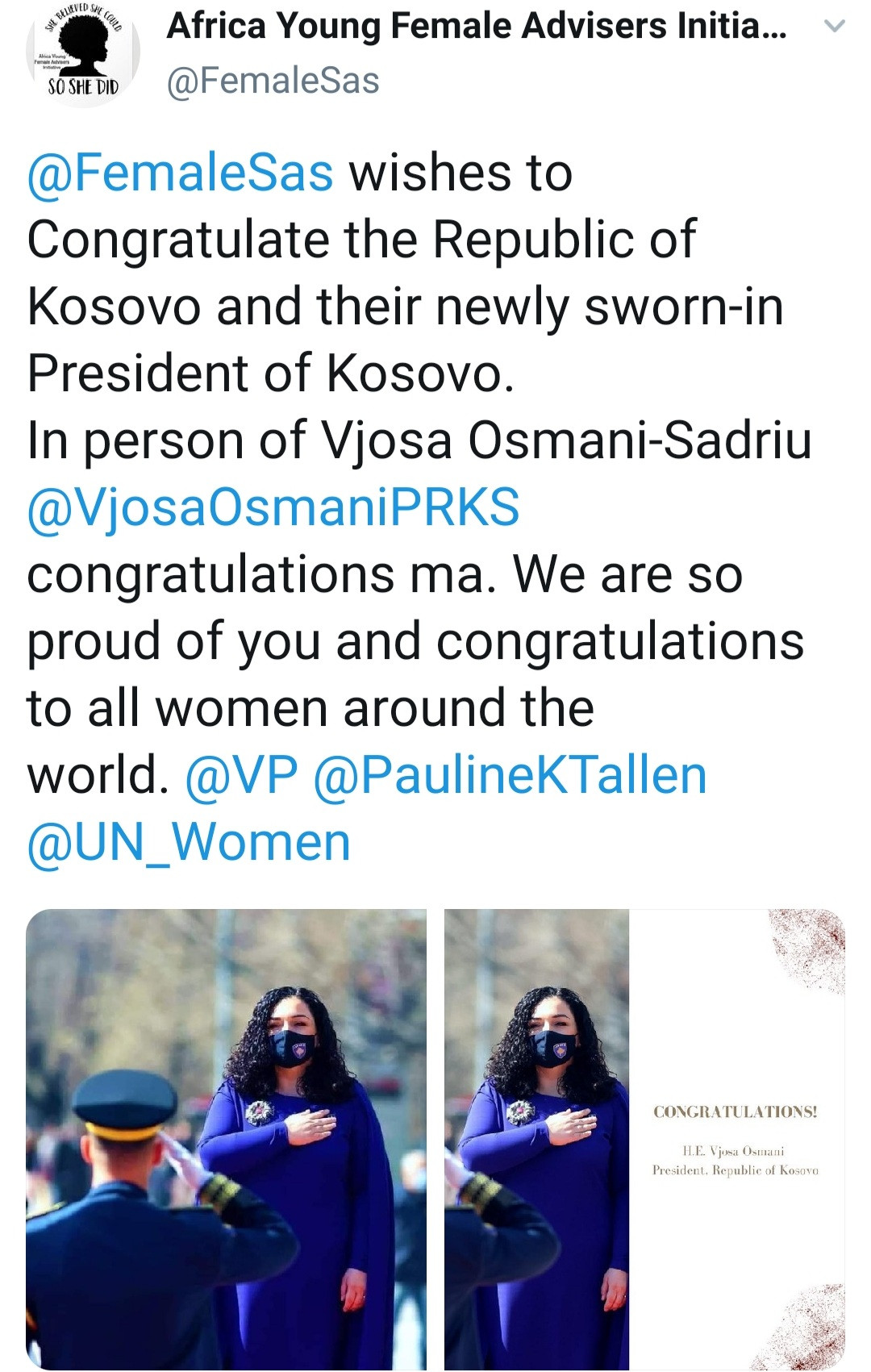