Home Entertainment News Omohtee calls out Med Contour for uploading her photo to wish her...

We’ve not heard the last of the row between Omohtee and Med Contour, the clinic where she underwent plastic surgery.

A month ago, popular Twitter user, Omohtee took to the microblogging platform to accuse Dr Anu Fella of Med Contour of messing her body up after she went there for surgery to have a smaller waist. Omohtee said she was left battling for her life following the surgery (read here).

Just as the incident was dying down, Med Contour took to its official Instagram account on Omohtee’s birthday to wish her a happy birthday. They shared a photo of Omohtee’s body post-surgery. 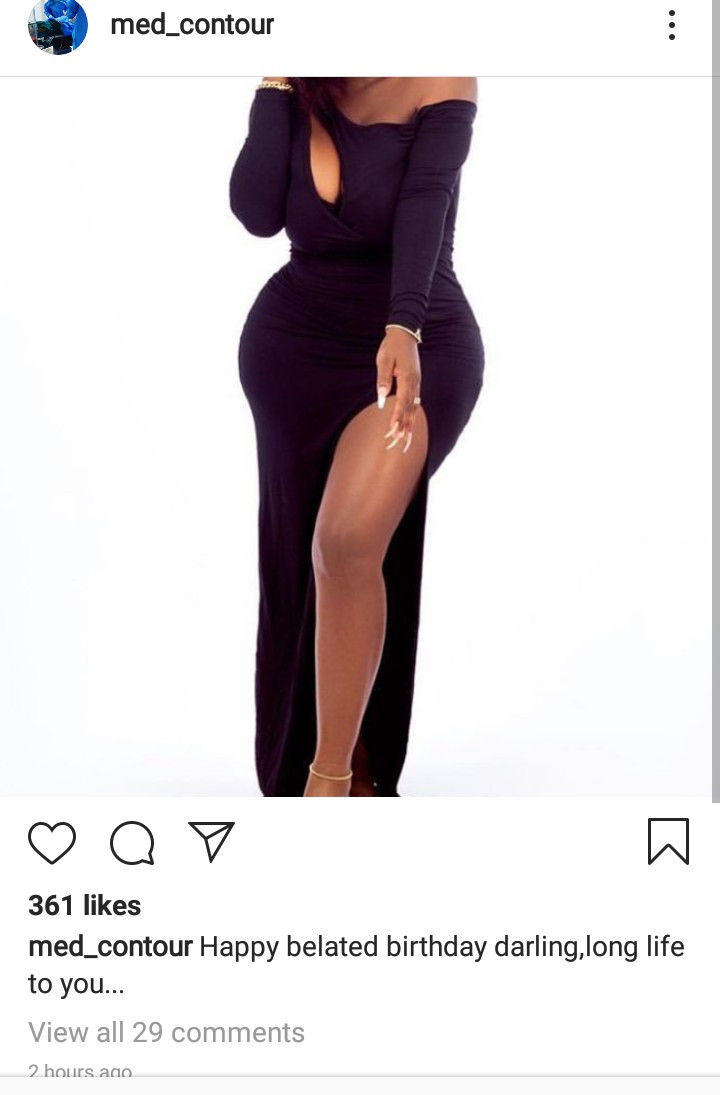 However, Omohtee was not pleased and she called them out. She asked that they take down her photo and asked her followers to report the post to Instagram. She also revealed that her health is not back to normal yet.

She said she still goes to the hospital to treat herself following the botched surgery.

“I still went to the hospital this morning because not fully healed yet from the complications @med_contour inflicted on me courtesy of their quackery but here she is posting my picture to make it seem like I was lying against her,” Omohtee wrote. 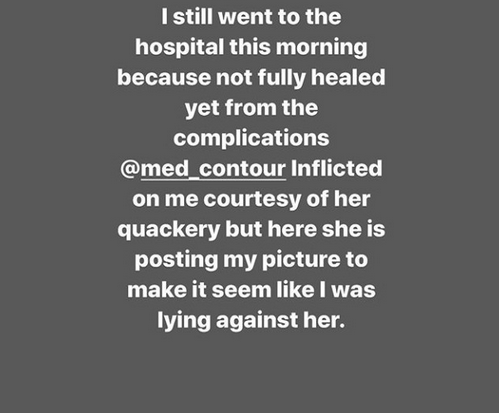 She added: “Med Contour, stop trying to use me to gain public pity and tag me a liar. Comot my picture if you don’t want God to punish you more.

“I still go to the hospital everyday till date. Everyone that knows me well or watch my snap can confirm to you.” 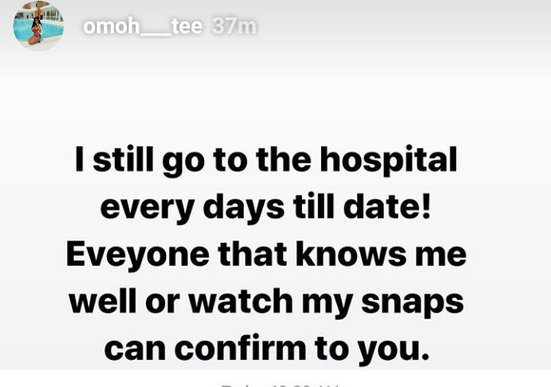 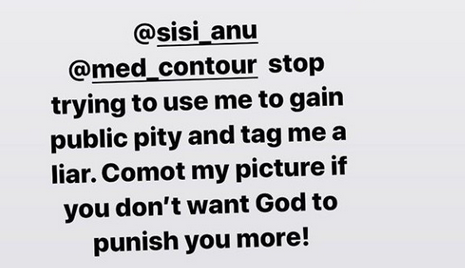 Omohtee also reshared her photo that the clinic shared on their page and she wrote: “I have nothing to do with this heartless, greedy, disgusting piece of trash. She’s trying so hard to do damage control.”

“I’m  not a darling to a quack that almost killed me,” Omohtee added in reaction to being referred to as “darling” by Med Contour in the birthday post.

“Please remove my picture and stop deleting my comments,” she added. 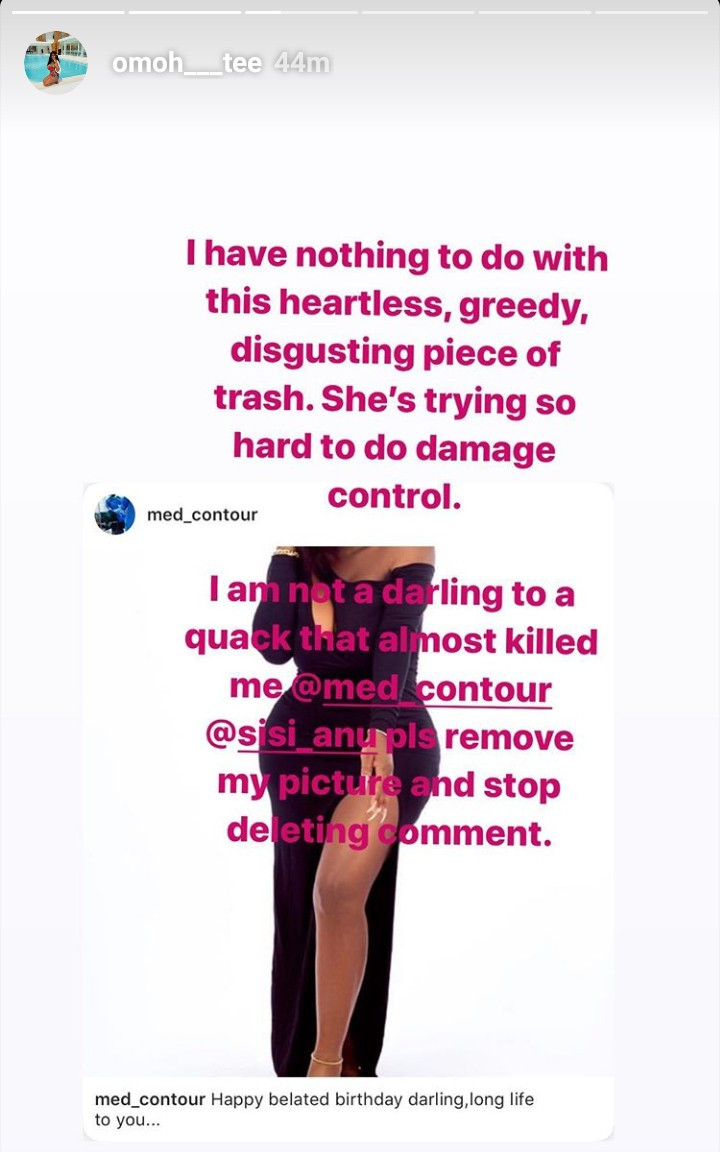 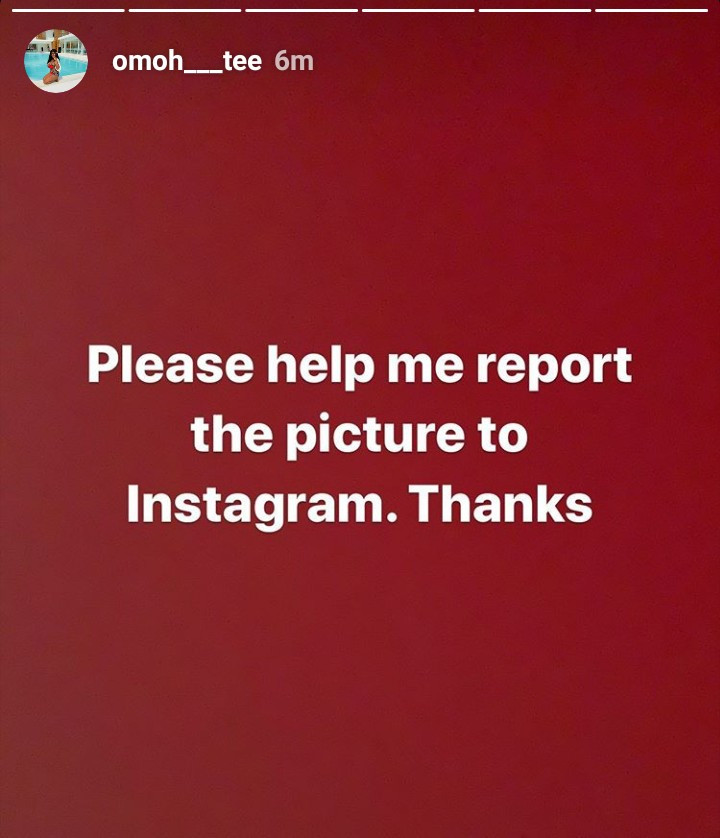