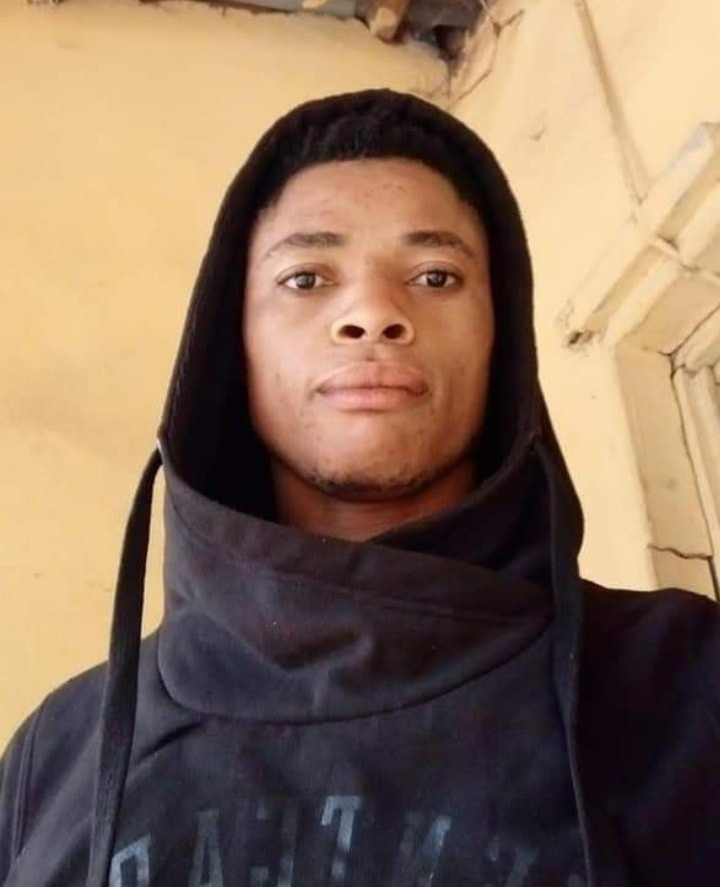 A man identified as Kadir is on the run after he allegedly stabbed his younger brother, Suleiman to death in Auchi, Etsako West Local Government Area of Edo State.

It was gathered that trouble started on Friday morning, February 19, when Suleiman scolded Kadir’s wife for being rude to their mother.

Kadir, who was not home when the altercation happened, confronted his younger brother for daring to rebuke his wife when he returned. Their mother was said to have intervened and settled the quarrel between the two siblings. 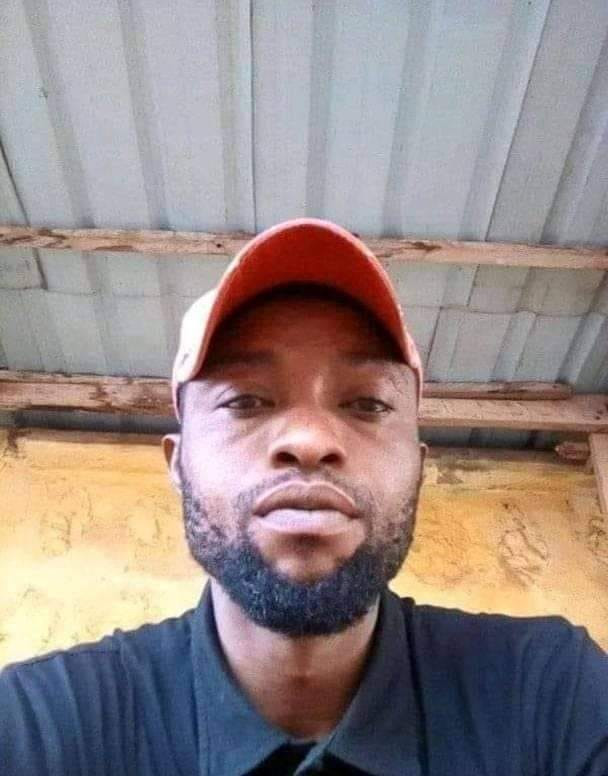 However, not satisfied, Kadir was said to have revisited the issue later in the day and once again, their mother stepped in and calmed the situation.

Suleiman was said to have put the matter behind him and went about his normal business. Kadir later traced him to where he went to late in the evening, allegedly stabbed him and fled.

Suleiman was rushed to the hospital on Friday night where he died on Saturday morning from the injury he sustained during the attack.

Spokesperson of the Edo State Police Command, Princewill Osaigbovo, who confirmed the incident said that the victim died at the St. Jude Hospital, where he was rushed to for medical attention. 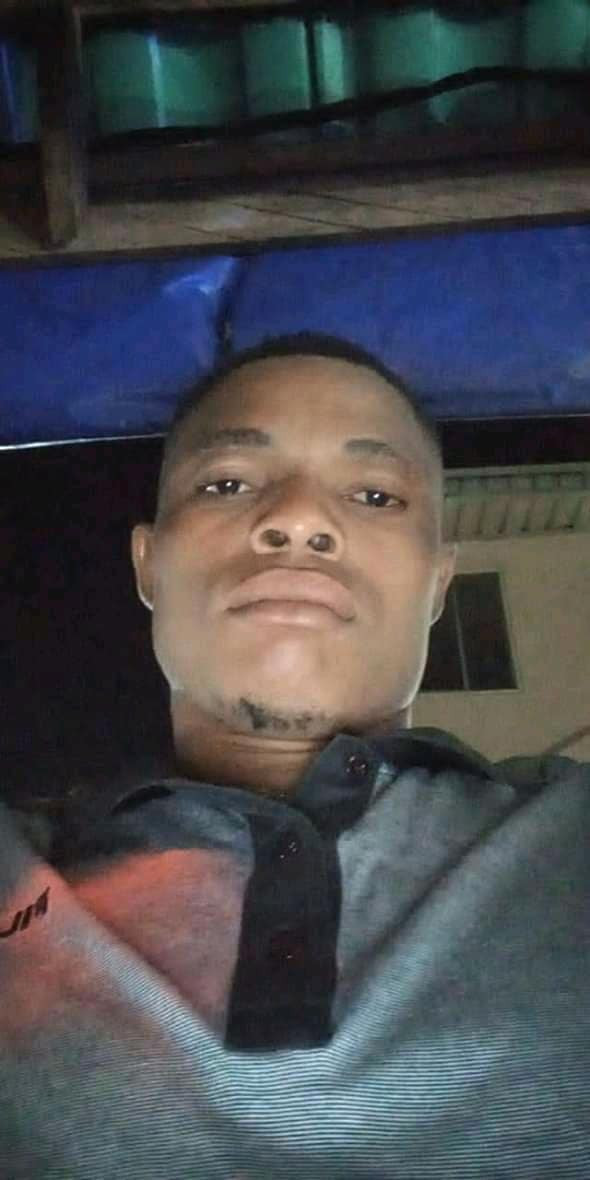 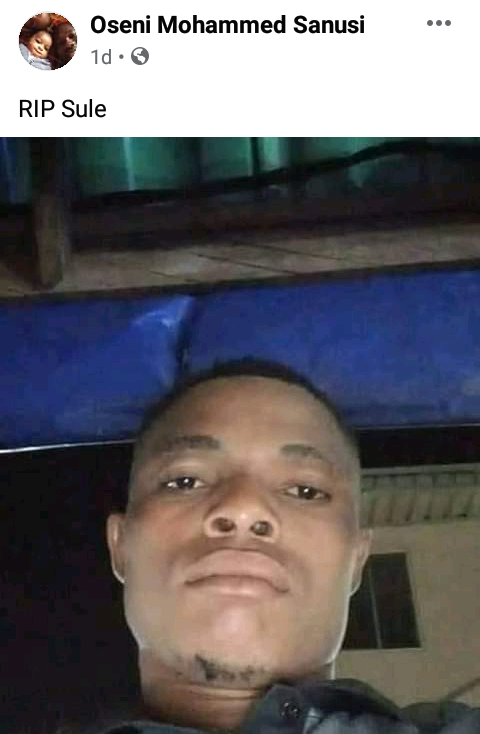 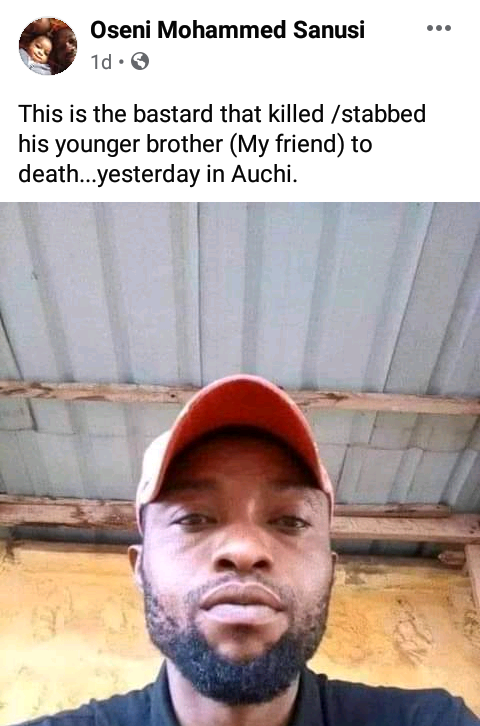 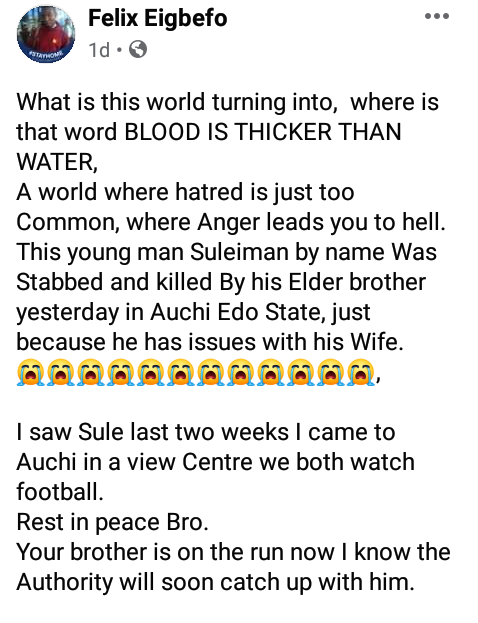