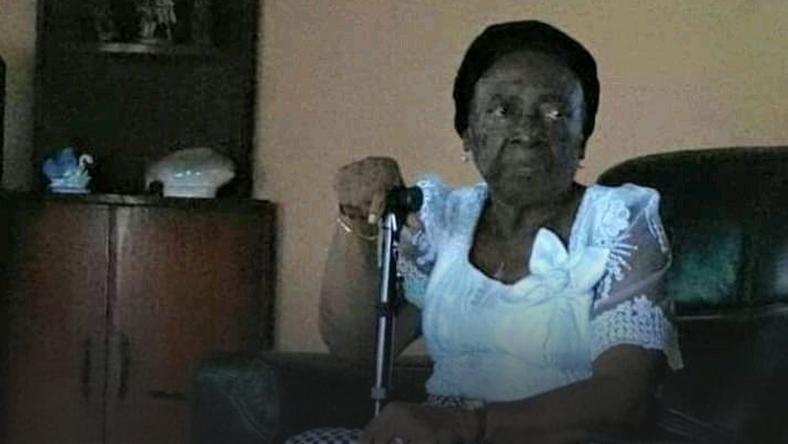 Lizzy Evoeme, one of the stars of the 80s TV sitcom, ‘The New Masquerade’, has passed away.
Lizzy Evoeme plays the submissive wife of Chief Zebrudaya (played by Chika Okpala) in the sitcom that also has several characters.

Evoeme’s death was announced on Twitter by Churchill Ebhodaghe on Tuesday, November 5, 2019.

No details have been given as regards the cause of her death neither has the burial plans been announced by the late actress’ family.

In February 2012, another character in the ‘New Masquerade’, James Iroha aka Giringori Akabogu passed away at the age of 69.

Her death was confirmed by Tony Akposheri, who played the role of Zaccheus, Chief Zebrudaya’s househelp.

‘The New Masquerade’ was a Nigerian sitcom that aired on the Nigerian Television Network during the 1980s until the mid-1990s. It was created and written by James Iroha who also acted in the sitcom as Giringori Akabogu.