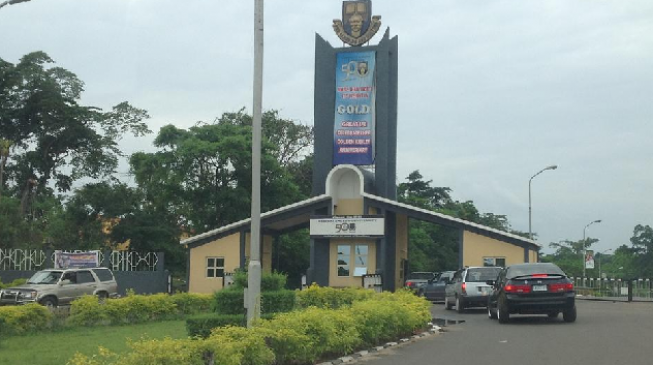 Dr. Ify Nich-Igbokwe, the wife of a lecturer of the Obafemi Awolowo University, Ile-Ife, Dr. Nicholas Igbokwe, who was found unconscious in his office in the institution, on Friday night, has debunked claims that some lecturers discovered the body of her husband.

Speaking with The PUNCH on the telephone on Sunday, Ify, who is also a lecturer in the university, explained that she had to go to her husband’s office at about 11pm on Friday when she discovered that Igbokwe had stayed unusually late in the office that day.

Media reports on Sunday had said the body of the lecturer in the Department of Physical and Health Education was discovered by some lecturers of the school in the midnight of Saturday, having died on Friday.

But the widow explained that contrary to the reports, she went to her husband’s office to check why he had kept so late at work and had failed to return her several calls, unaware that the don had died.

She stated, “Ordinarily, my husband would be at home by 6pm; he was a family man to the core. He normally said the home was his sanctuary.

“He had told me in the afternoon that he had some projects to supervise and other work to do in the office after we had gone to do our IPPIS registration. So, at about 10pm, I called his line to find out why he was still in the office. Somehow, he did not return the calls.

“At about 10.30pm, I had to tell the people at the gate leading to our quarters at OAU that I needed to go to my husband’s office to check on him.”

Ify explained that she discovered that the light and the AC in her husband’s office were on when she got there though the late Igbokwe’s car was not parked at the usual spot.

“On opening the door, I realised that my husband was unconscious while all my attempts to resuscitate him did not yield result,” said the widow, who stated that her whole world revolved around the late don.

“Two students, who might have heard my unusual shouting, showed up in the building asking what could be wrong. I asked them to pray and do what they could to resuscitate him. They were the ones that helped me to call the head of the school’s clinic, who advised that we take him to the university’s clinic.

“They eventually joined me to take him to the school clinic in my car, where he was pronounced dead. It was not true that some lecturers found his lifeless body in the midnight of Saturday; I did, and that was on Friday night.”

Fighting back tears, Ify paid glowing tributes to her late husband, saying Igbokwe “picked me up as a teenager, saw me through my school certificate examinations, my UTME, my first degree, Master and my PhD.”

She said life could never be the same for her and their three sons, who she described as still young.