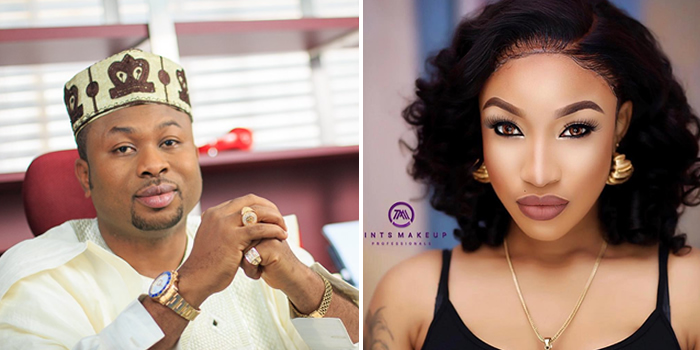 Although Tonto Dikeh and her ex-husband Olakunle Churchill have been divorced for 4 years now they always find room to shade each other on social media anytime possible.

Yesterday we reported that Tonto Dikeh disclosed that she walked out of her marriage because she found out that her husband sleeps with both men and women.

This revelation came as a shock to many social media users as they never expected Mr. Olakunle Churchill to be engaged in such acts.

Reacting to the revelation by Tonto Dike, Mr. Churchill accused Tonto of trying one way or another just to bring him down but for four years now it has remained a broken record.

Well the actress couldn’t let his accusation go unanswered and she has said that her ex husband has a brain damage that is how come he reacts to everything she says and always thinks he is her target.