Most impressive and expensive presidential planes in Africa 2020

Heads of states in Africa are known for living ostentatiously attractive lives. Often, they travel in style because they own luxury rides and state of the art jets and planes. For instance, their planes have supersonic speeds and posh interiors, defining their high prices and maintaining costs. That said, which countries have the most expensive presidential planes in Africa in 2020?

Over the years, some presidents have been condemned for spending more on their air travel than required. Usually, they go for the classiest ones on the grounds of additional benefits, such as safety and durability.

10 most expensive presidential planes in Africa

Some African presidents have a unique taste when it comes to choosing presidential planes and jets. The majority of them cruise the world using the finest aircraft. Some have sophisticated communication equipment, conference rooms, and spacious offices. Here are the most expensive presidential planes in Africa you may need to know. 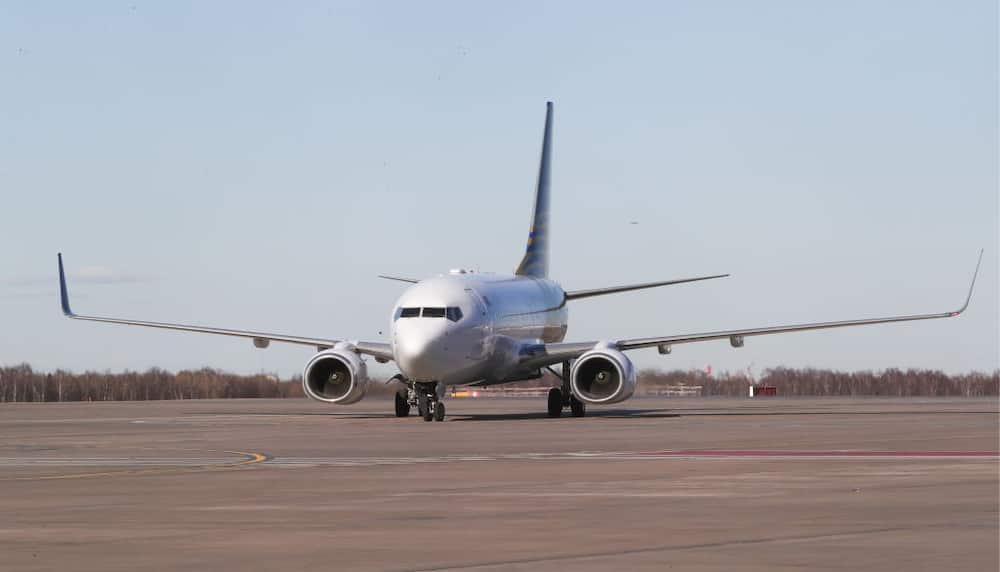 João Lourenço is one of the African heads of states who fly in style and luxury. He flies in an Embraer ERJ-135 plane. It is one of the most robust and durable jets available in the Embraer family.

Apart from its durability, the plane has 75,000 flight hours. Also, the cabin is spacious, allowing the president and his crew the comfort they truly deserve. The seating capacity of ERJ-135 can be adjusted into two interior configurations: 30 seats @ 36″ pitch and 37 seats @ 31″ pitch. 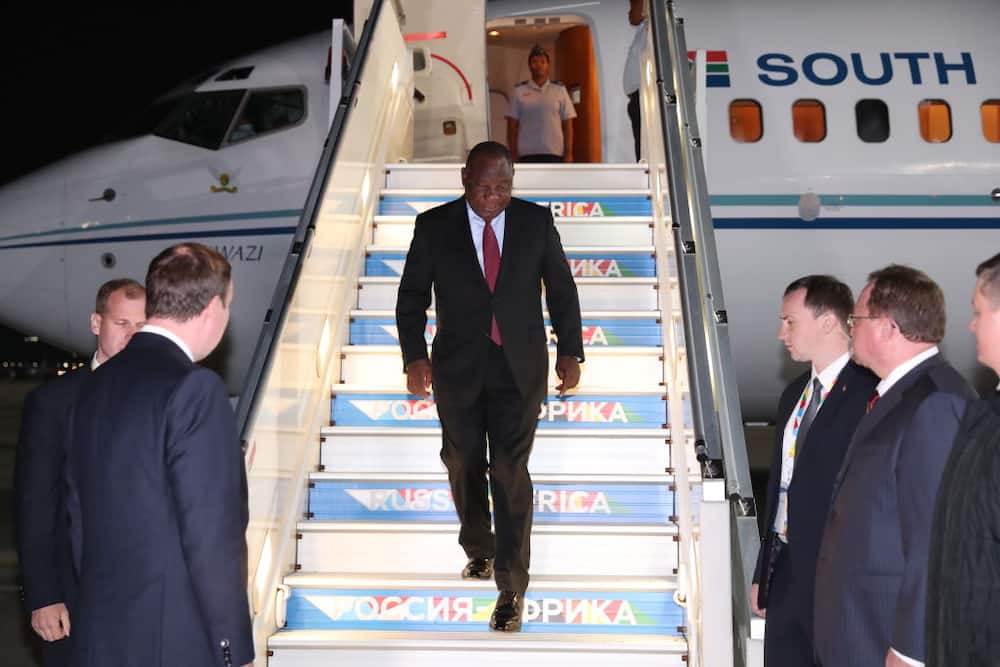 Cyril Ramaphosa cruises the world using Airforce 737-700 BBJ. It is popularly known as Inkwazi (Fish Eagle). The twin-engine aircraft is among the safest planes in the world.

It is fitted with safety communication equipment to keep him safe. It can fly at a maximum speed of 850km/h. The president of the previous administration used to fly in a C-130 plane. 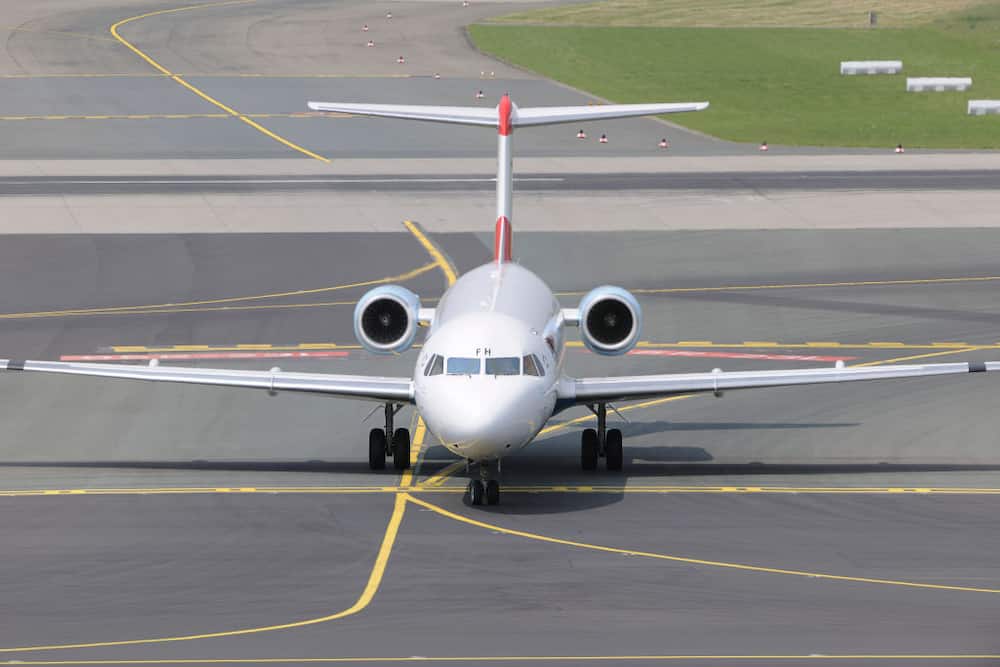 Kenya’s Presidential jet, Fokker 70, is another aircraft with amazing qualities. It comes 8th on the list of most expensive presidential planes on the continent. The plane is powered by 2 Rolls-Royce Tay 620 engines. The first Fokker 70 flew on 4th April 1993, and there are only 47 of them in the world as of 2020.

It can carry up to 80 passengers, spaced at 81cm seat pitch. It also has a glass cockpit. Obviously, it is environmentally friendly because it has a modest fuel burn. Lastly, Fokker 70’s price is estimated at $20 million. 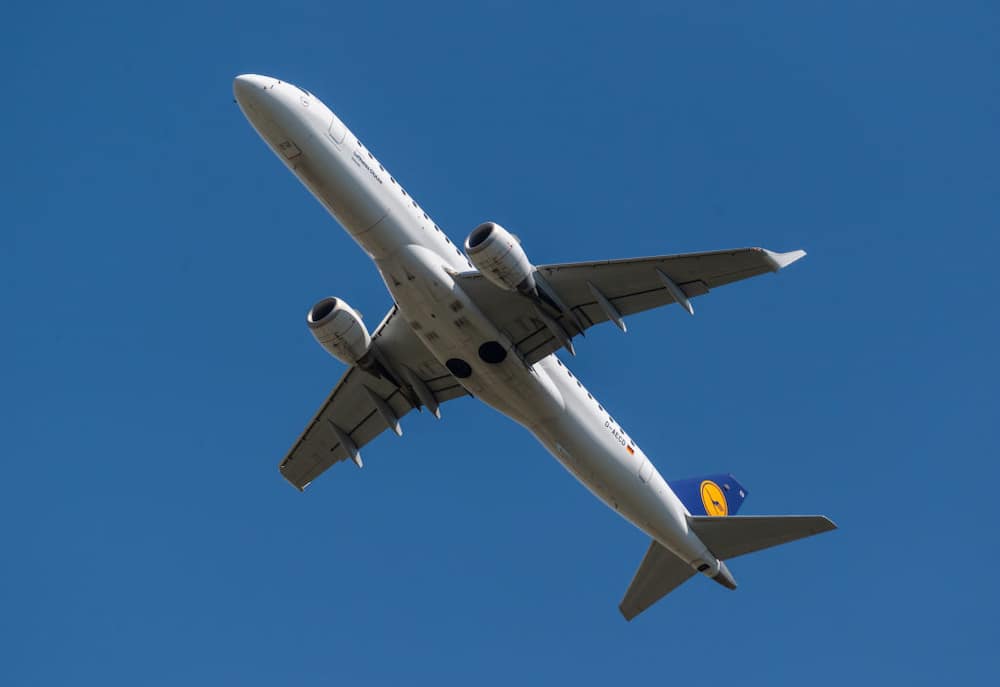 Similar to Angola, the Republic of Ghana trusts Embraer aerospace company with its president’s air travel needs. They ordered their presidential jet from the company a few years ago. President Akufo Addo also has a Falcon 900X plane available for his air transport.

The Brazilian-manufactured jet has a seating capacity of 114 passengers. Embraer Jet 190 can cruise at a maximum speed of Mach 0.82 or 1012.54 km/h, and its price is estimated at $51 million. 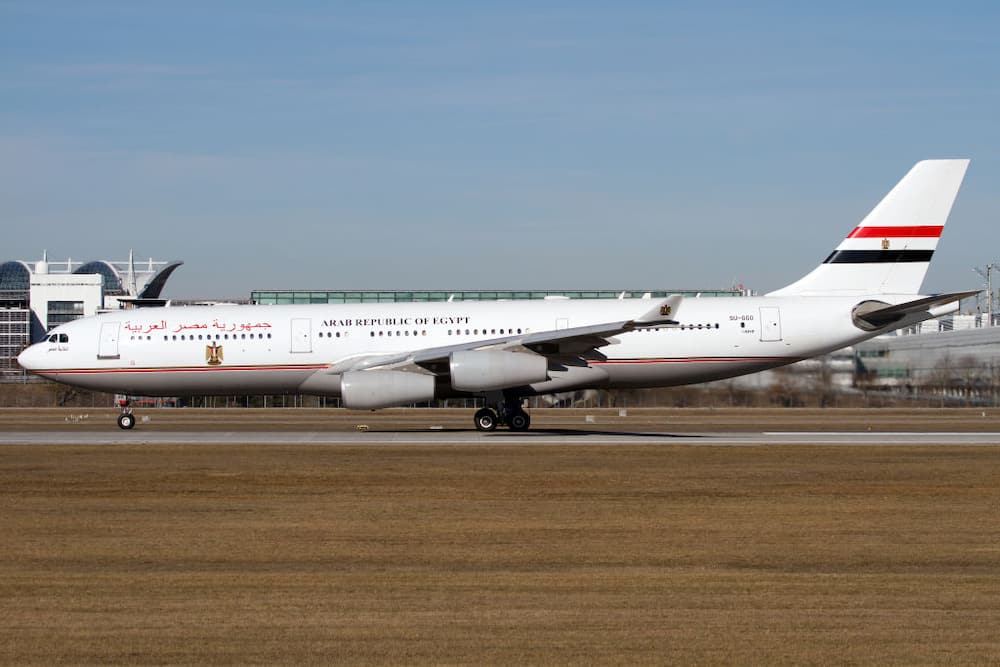 Abdel Fattah Al-Sisi is another head of state who flies in ultimate luxury. He has a few presidential planes available for his air transportation. However, Airbus A340 comes on top of the list. It boasts of the quietest cabins ever.

Airbus A340 is safe because it is equipped with military security protection features to keep the president safe. It goes at an estimated price of $191 million. 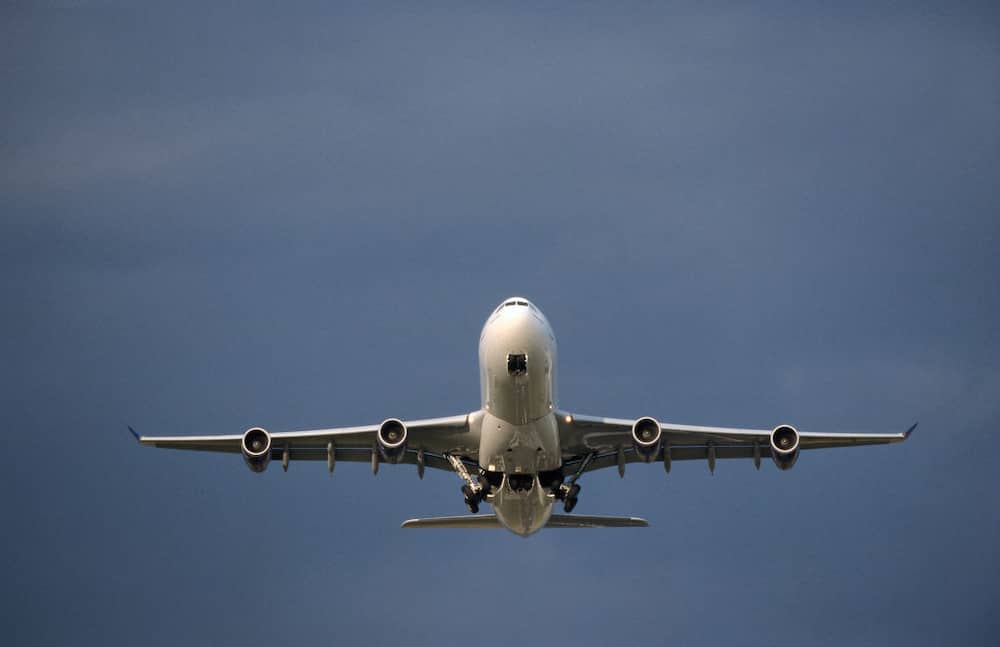 Libya’s presidential jet comes 5th in the list of the most expensive presidential jets in Africa. The long-range aircraft has a top speed of 914 km/h. It has a luxurious and spacious cabin that can be customized.

It boasts of four powerful engines and a maximum seating capacity. It can comfortably carry up to 400 passengers, and its price is estimated at $191 million.

Abdelmadjid Tebboune flies in Airforce A340-500. It slightly offers superior performance compared with the A340 model. It also has state of the art technology worth admiring. For instance, it has four engines, a fully-equipped bathroom, and conference rooms.

Similar to the A340-200 model, it is equipped with four powerful engines. This way, it can fly up to 14 hours without landing. Its current price estimate is $233 million. 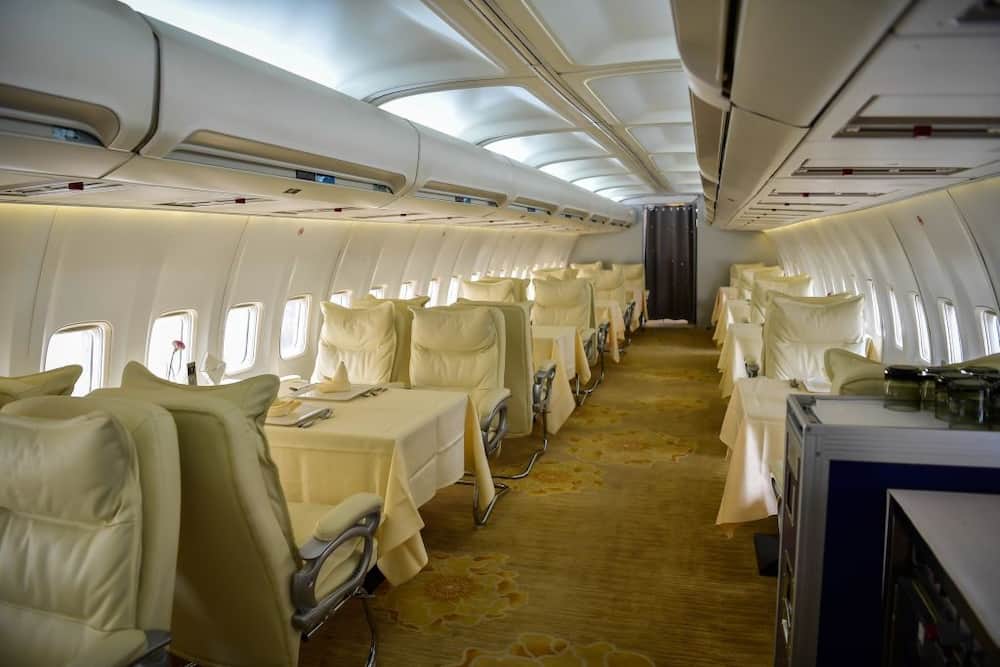 Dining tables as seen inside of a Boeing 737. Photo: Stringer/Anadolu AgencySource: Getty Images

Muhammadu Buhari is another influential political figure with an unmatched taste when it comes to air transportation. He flies in Boeing 737; a narrow-bodied aircraft that is popularly known as the Eagle One.

Eagle One is equipped with all the necessary security equipment. It is also spacious enough for him to travel alongside some national leaders and crew members. 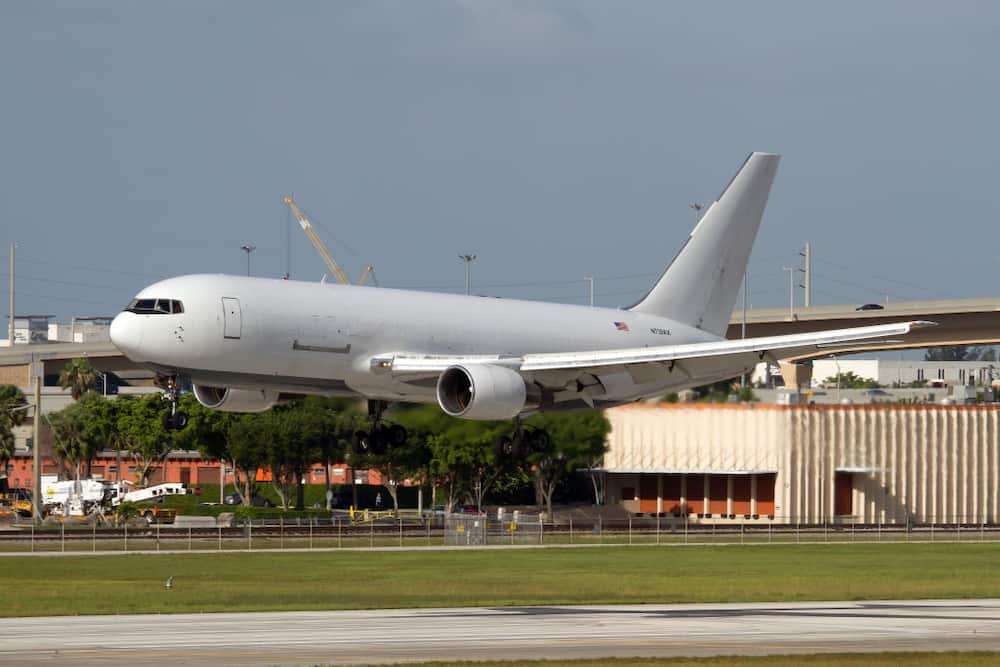 Boeing 767, otherwise known as Victoria Falls, is probably another expensive presidential jet in Africa. President Mnangagwa has been using the customized aircraft since he rose to power. Several concerns have been raised over its price. A section of citizens feels that their taxes are utilized wrongly. 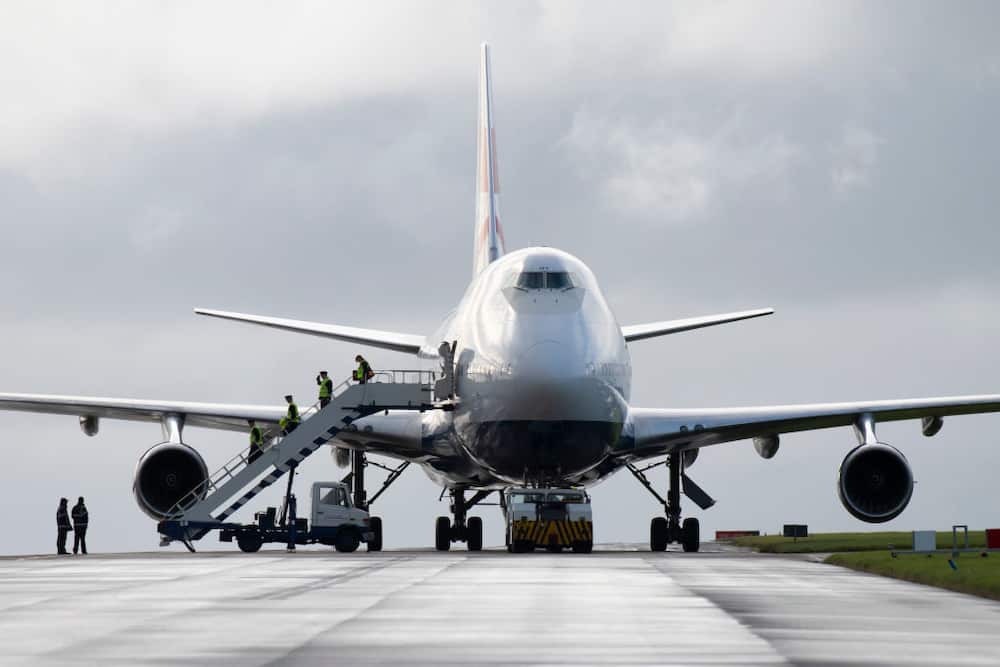 The plane can fly up to 416 passengers on board. It has three types of engines, namely Pratt & Whitney engines, general electric engines, and Rolls-Royce engines. There are speculations that the 747 presidential plane was acquired at $450 million.

We hope that now you know the most impressive and expensive presidential planes in Africa. Some of the aircraft were acquired from reputable companies for security purposes. Those aircraft companies include Boeing, Embraer, Airbus, and Fokker.

Got a story? If you’ve got a celebrity story, video or pictures get in touch with the Dailynaijamode.com entertainment team by emailing us celebritygists@dailynaijamode.com - we’d love to hear from you.
Facebook
Twitter
Pinterest
WhatsApp
Previous articleStylish And Creative Ankara Style Designs in 2020
Next articleNollywood actress Victoria Inayama welcome Etinosa to single motherhood