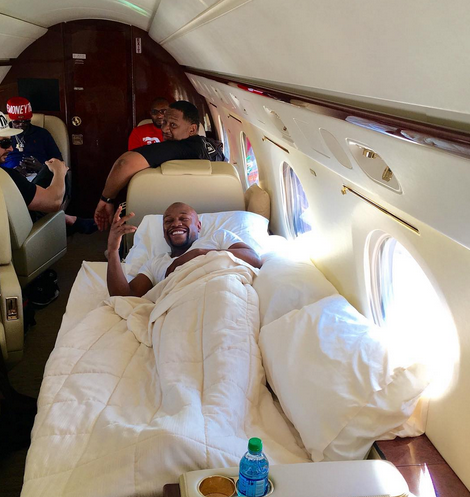 Floyd Mayweather has turned showing off his immense personal wealth on social media into something of an art form, and his latest masterpiece was all about his private jet, dubbed “Air Mayweather.” The fighter recently took to Instagram to show off the jet from virtually all angles, and in the process gave those of us with an interest in planes and/or luxury an inside look. 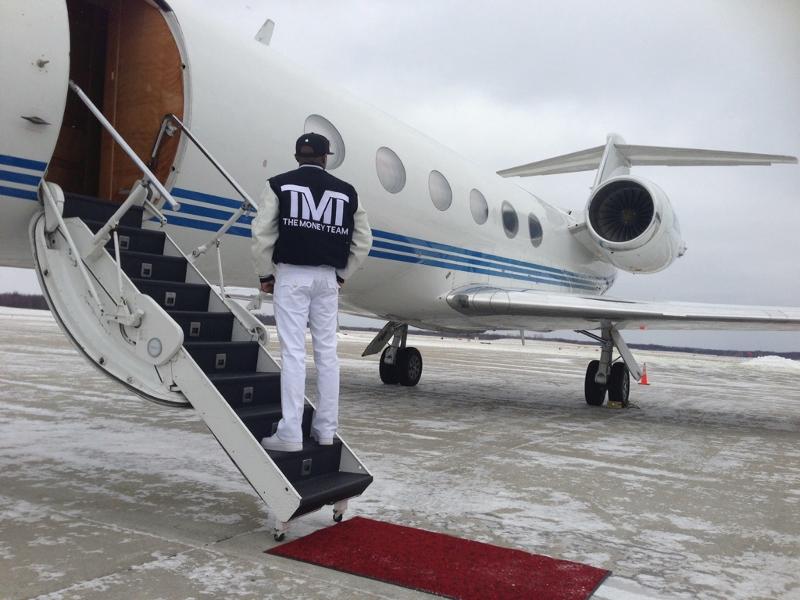 Air Mayweather looks to be a Gulfstream G650, which carries a price tag of at least $60 million, not counting whatever custom features Mayweather paid for. He got it for his birthday when he turned 41 last year, but it appears that the new-jet giddies haven’t worn off just yet. In the past he’s made full use of a private jet, reportedly flying all the way to Iceland just to get a photo for Instagram, possibly doing the same in France and Russia.

Here’s a post showcasing Air Mayweather’s exterior, which allows its owner to stay relentlessly on brand anywhere above the Earth he may roam:

How on brand? Take a look at this shot from the window, through which you can spot the custom “50-0” graphic on one of the wing tips, a reference of course to Mayweather’s own undefeated fight record in the ring:

Floyd also took some time to get introspective while also giving fans a view at the luxurious interior of the Air Mayweather cabin:

Clearly, Floyd Mayweather is getting the most out of his wealth, up to and including that old standby status symbol, the private jet.