A group of five men stopped a man and mugged him in broad daylight in Johannesburg, South Africa, and the attack was captured on video.

The victim was walking along the road when the gang attacked him. He tried to struggled but they took his phone and wallet.

People watched and filmed the attack but couldn’t help him.

A number of people reacted to the video by pointing out that there’s no outrage because South Africans are the ones commiting the crime, not citizens of other countries. 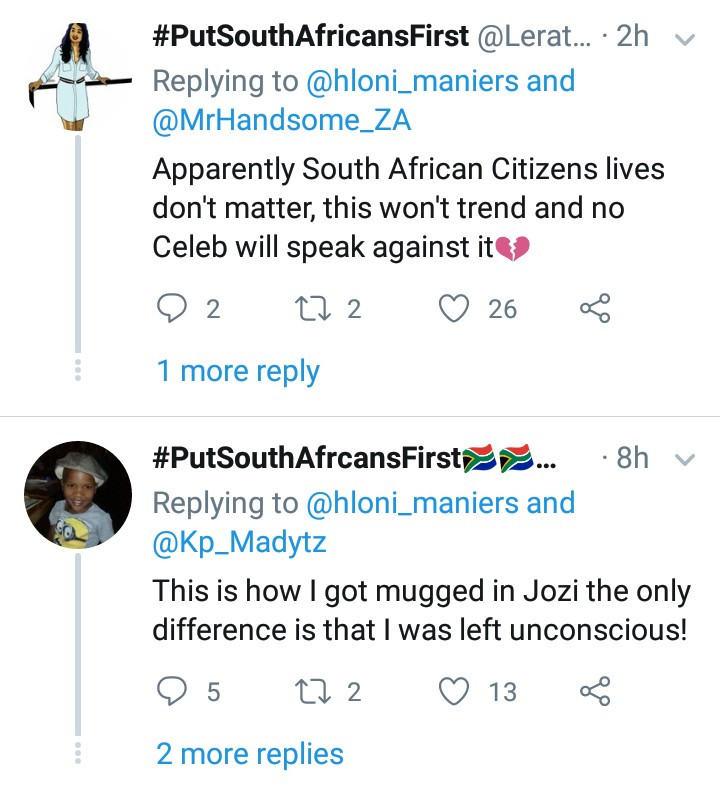 Recall that ‘Nigerians Must Fall’ trended on Twitter some months ago after a nearly naked South African woman was filmed twerking for Nigerian men and South Africans accused Nigerians of coming to their country to commit all sorts of atrocities.

Some South Africans have blamed the mugging on Zimbabweans and are already trending a hashtags to call out Zimbabwe citizens living in South Africa. 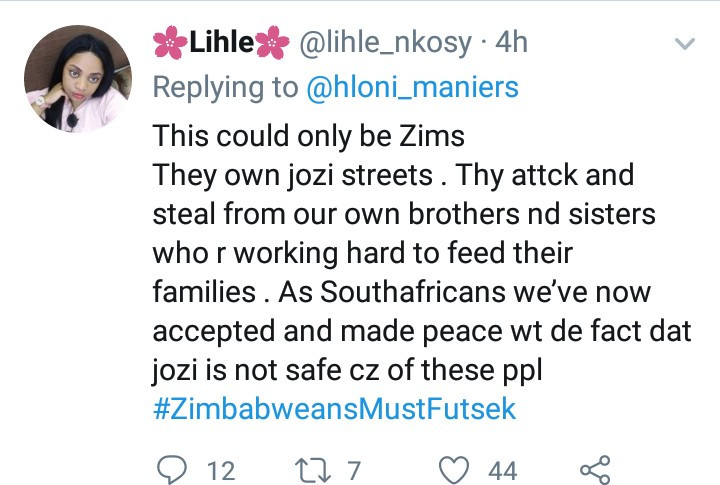 Below is a video of the attack.