Kelechi Nwigbo, a Germany-returnee, has allegedly been killed by lightning in his hotel room behind Eke Market, Afipko, Ebonyi State.

He had checked into the hotel with the instruction that nobody should disturb him, but after four days, the hotel management started perceiving an offensive odour from his room and immediately alerted the police.

When officers broke into the room, Nwigbo was seen carrying a calabash with some money inside and with white cloth material on his head and waist. The state Police Public Relations Officer (PPRO), DSP Odah Loveth, confirmed the incident. 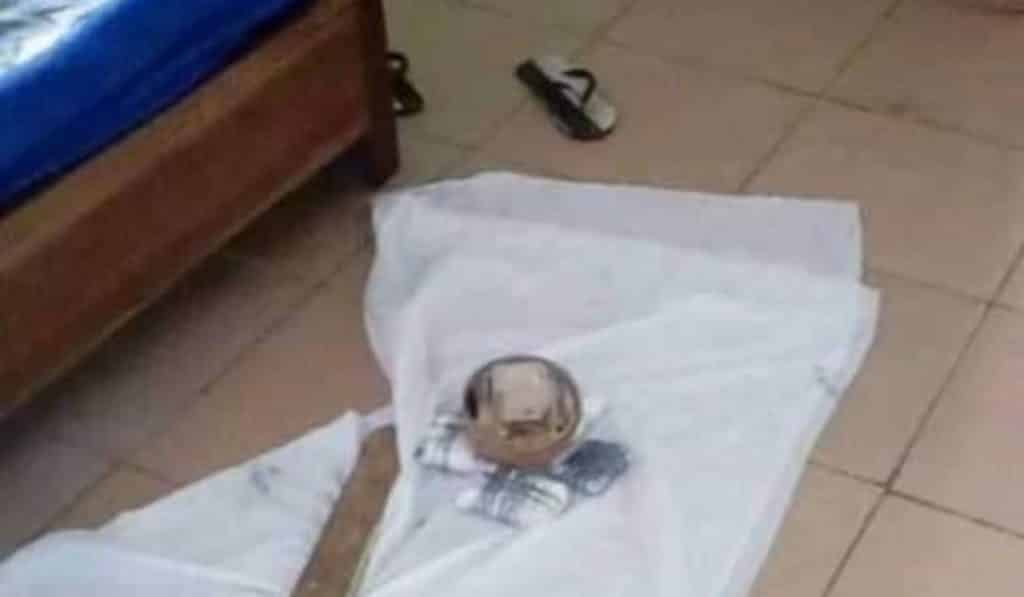 Workers in the hotel revealed that they heard the thunder strike from his window but because he had instructed that nobody should come to his room unless he called the hotel’s attention, they did not bother going to check on him.

Police investigation revealed that the last time he visited Nigeria was in 2017 and his family was not aware of his recent trip to the country, let alone being in Afikpo. 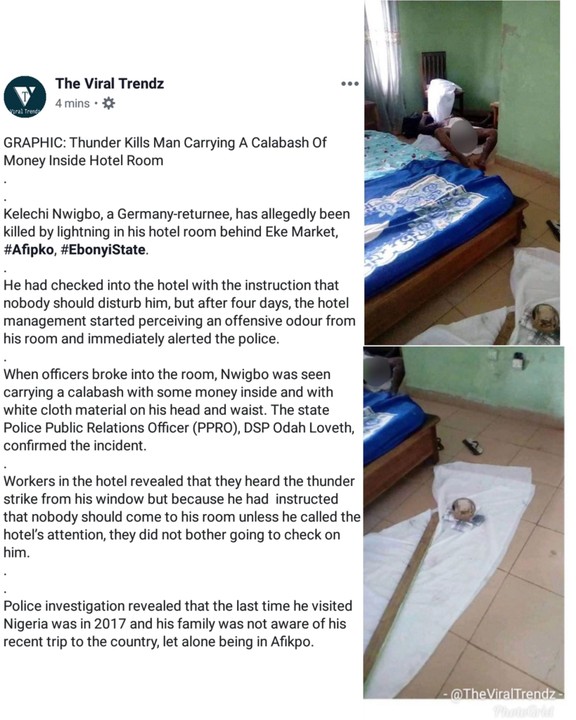 dailynaijamode - February 24, 2021 0
Meta Kekana is a beautiful South African influencer, who is gaining popularity through her consistency in sharing beautiful pictures on Instagram. Many of her followers compare her to the likes of Nicki Minaj and...
Read more