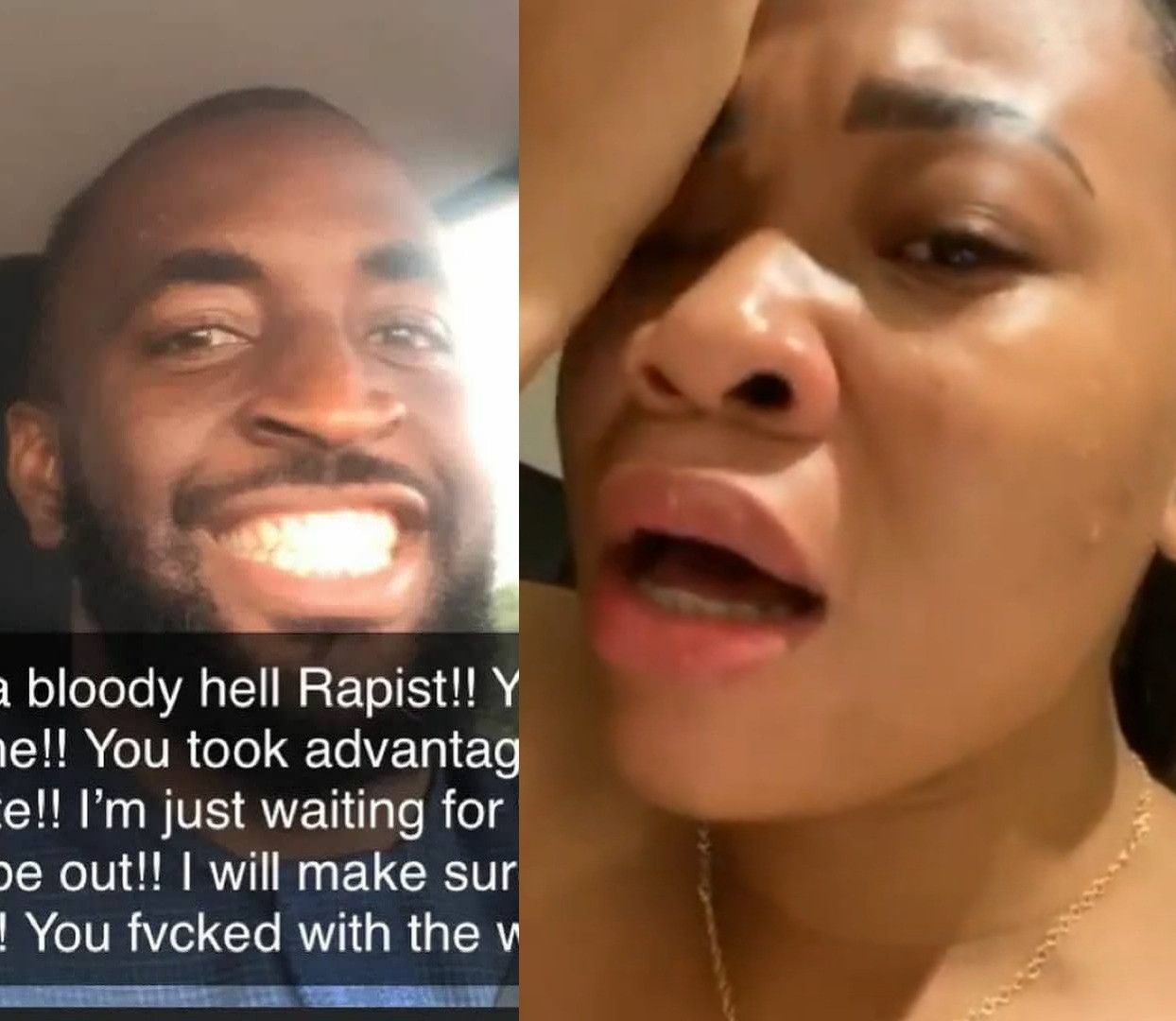 Queency Benna’s claim that she was raped by a man named Obi appears to be a case of a woman who wasn’t paid after a tryst as shown by leaked chats.

Late last night, singer Queency Benna released a video, saying she was suicidal because she was raped by a doctor named Obi (read here).

She released part of their chats to back her claims and said she was waiting for a doctor’s report. She also tagged the Nigerian police.

The full chat has now emerged and it appears to show that they agreed to meet for sex but problem began when he paid her afterwards with fake transfer.

In the chat, she called him a “doctor that is inhuman enough to sleep with a woman in her own hotel room and left her stranded after an argument.”

She reached out to him, asking for her money. When that wasn’t forthcoming, she threatened to go on social media to call him out and she later followed through on her threats.

Read the chats below. 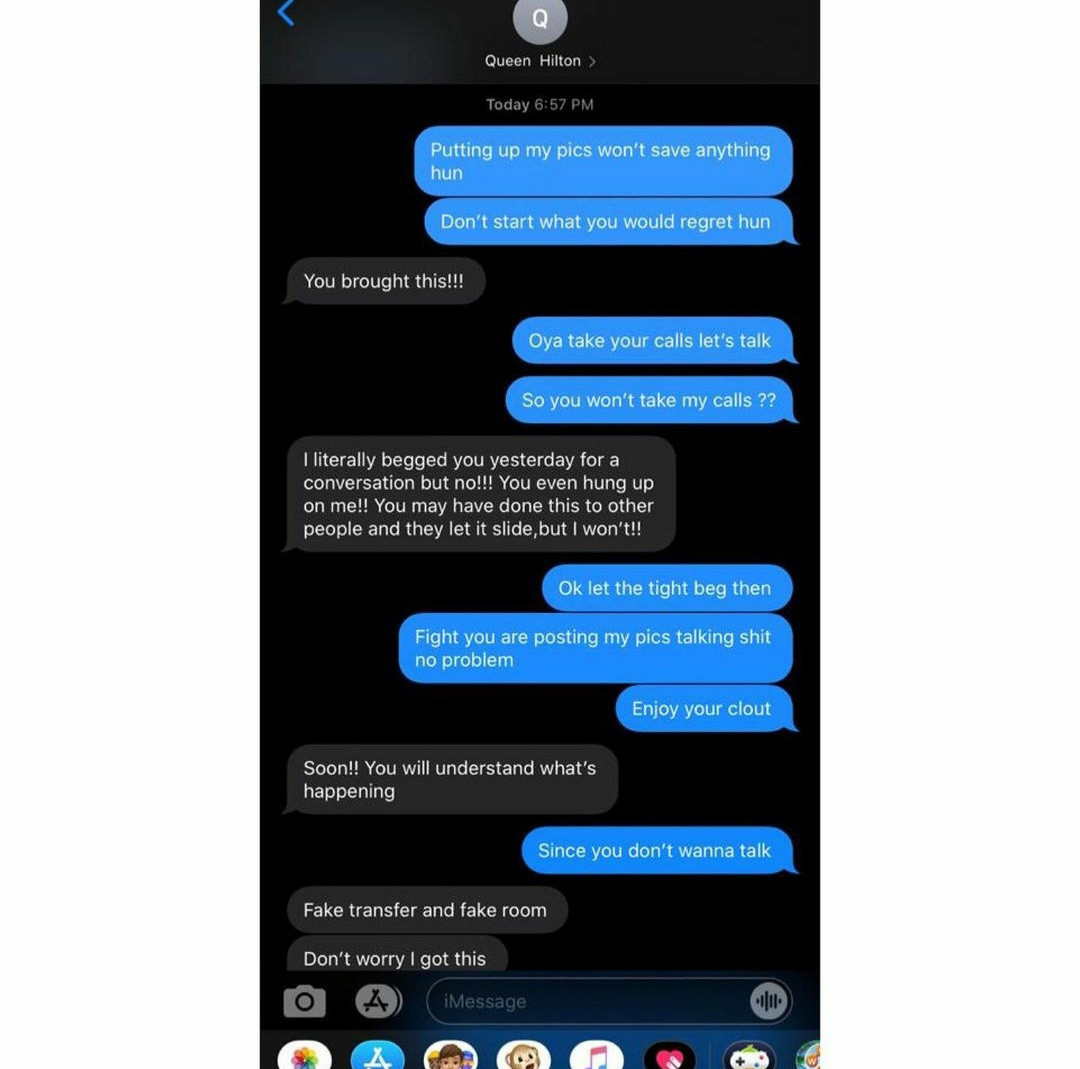 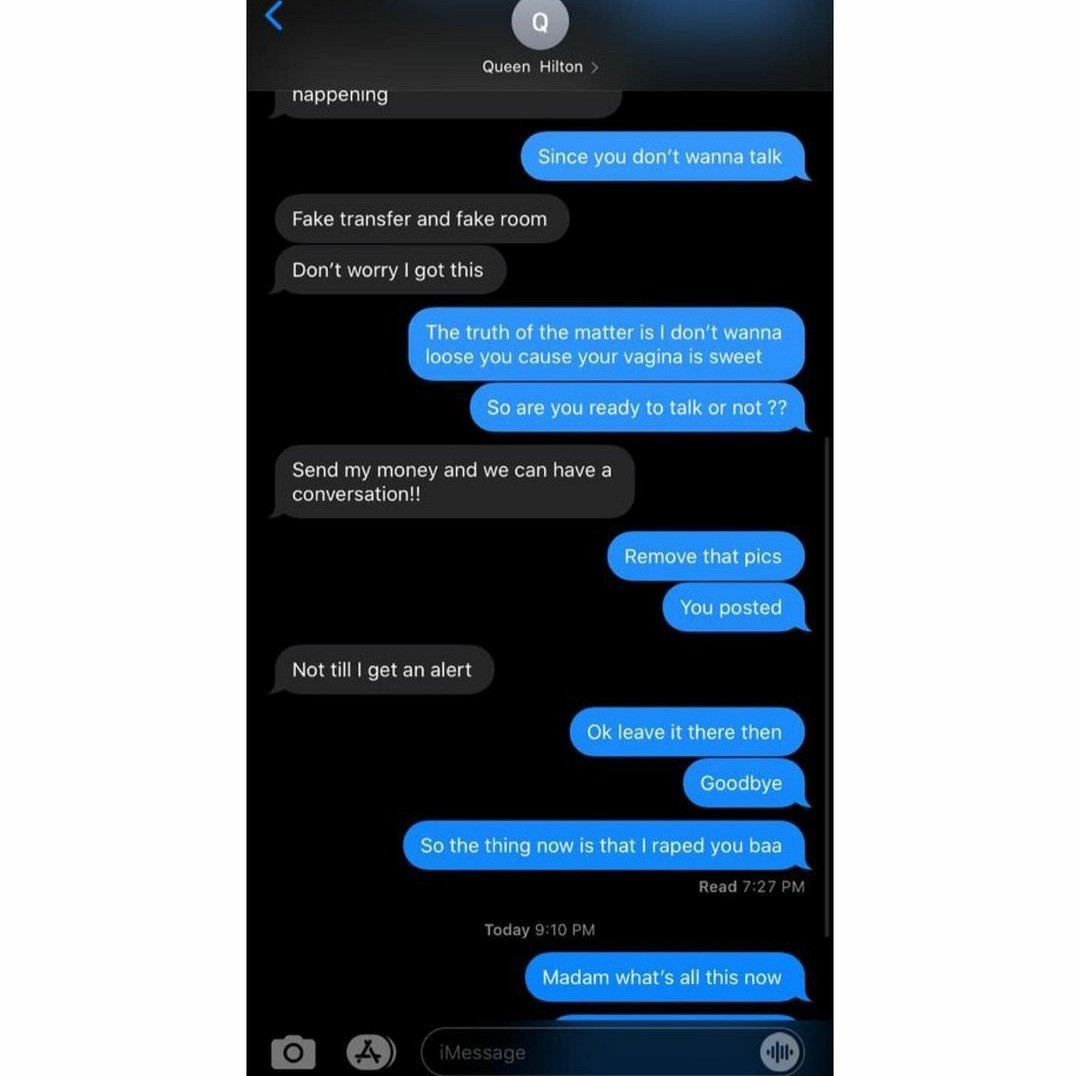 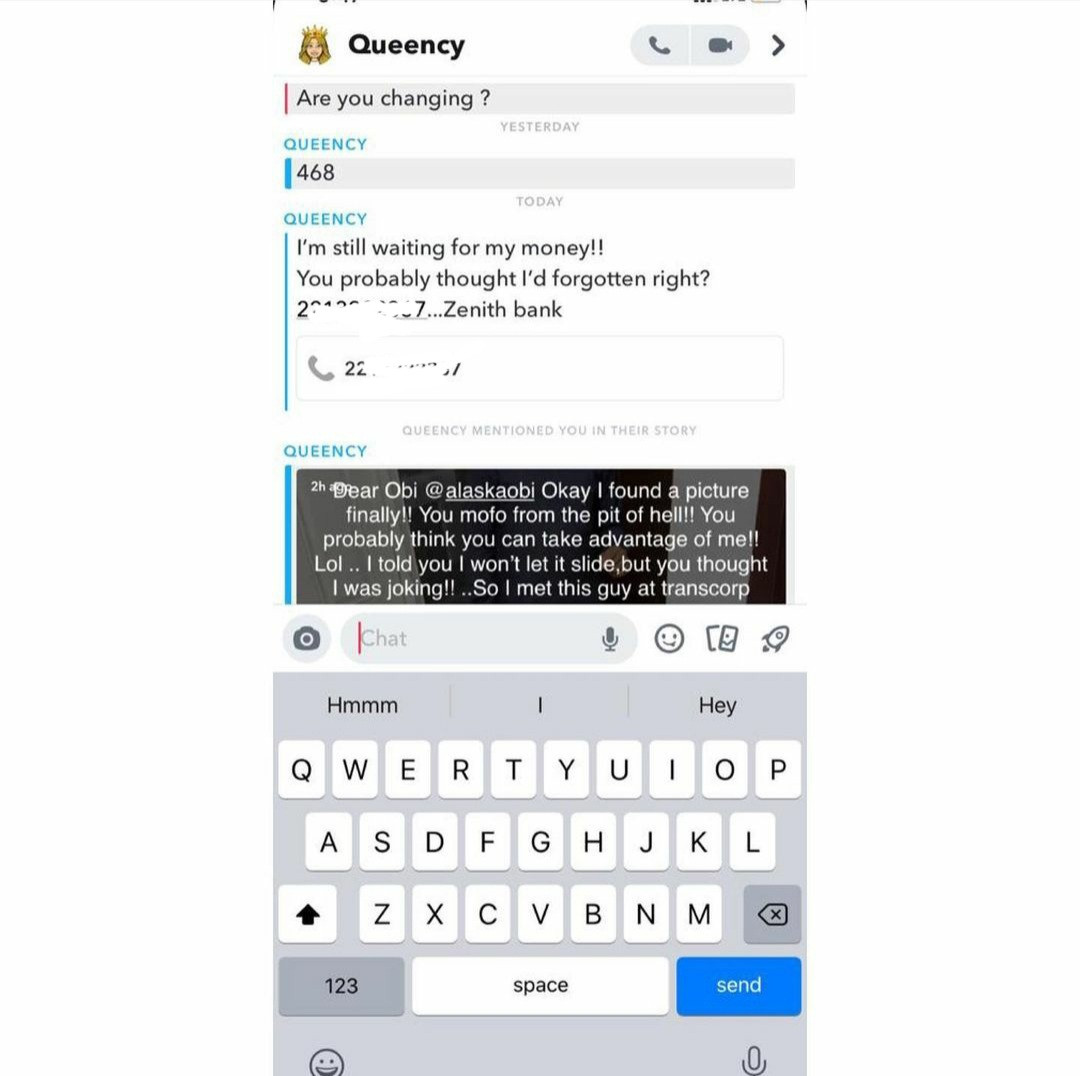 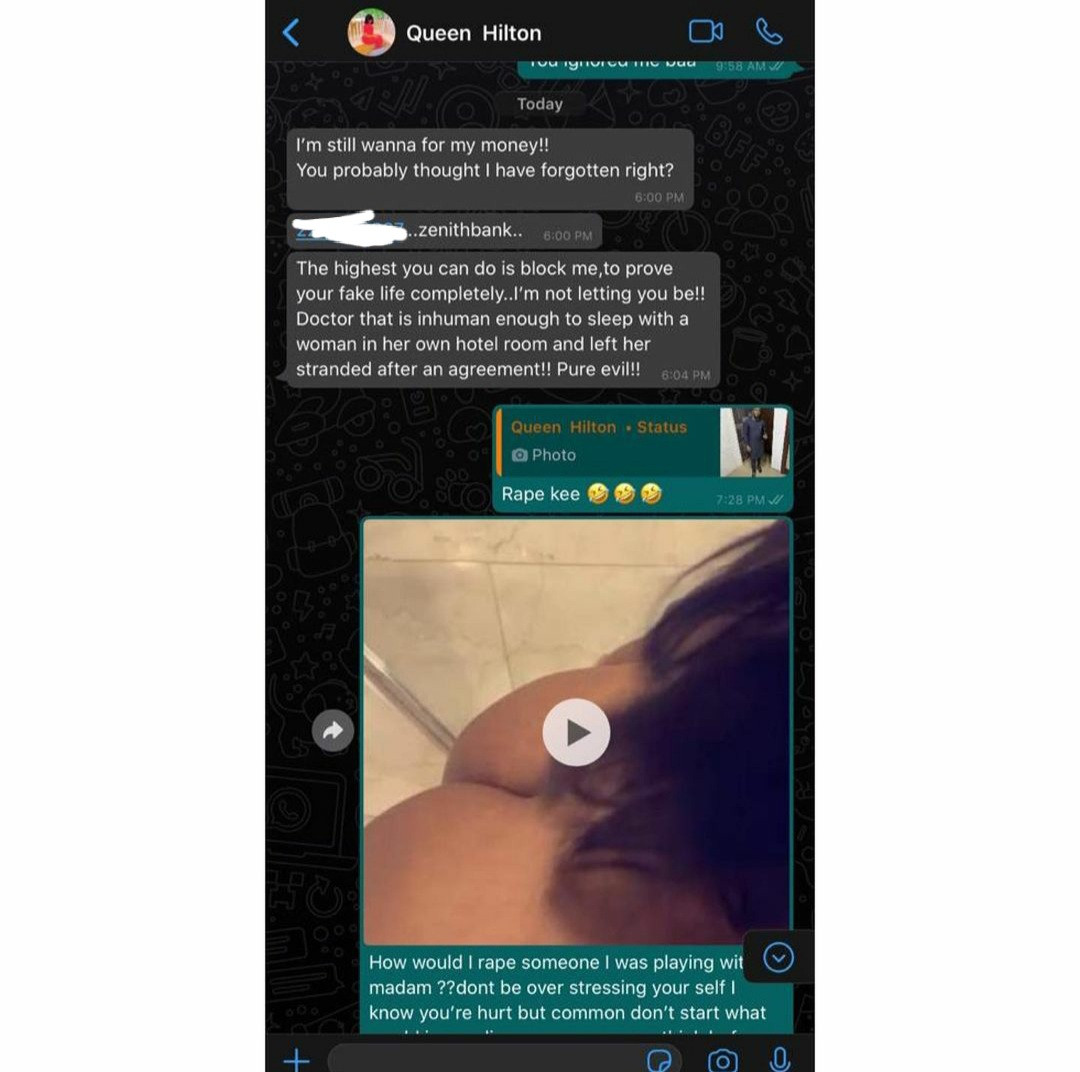 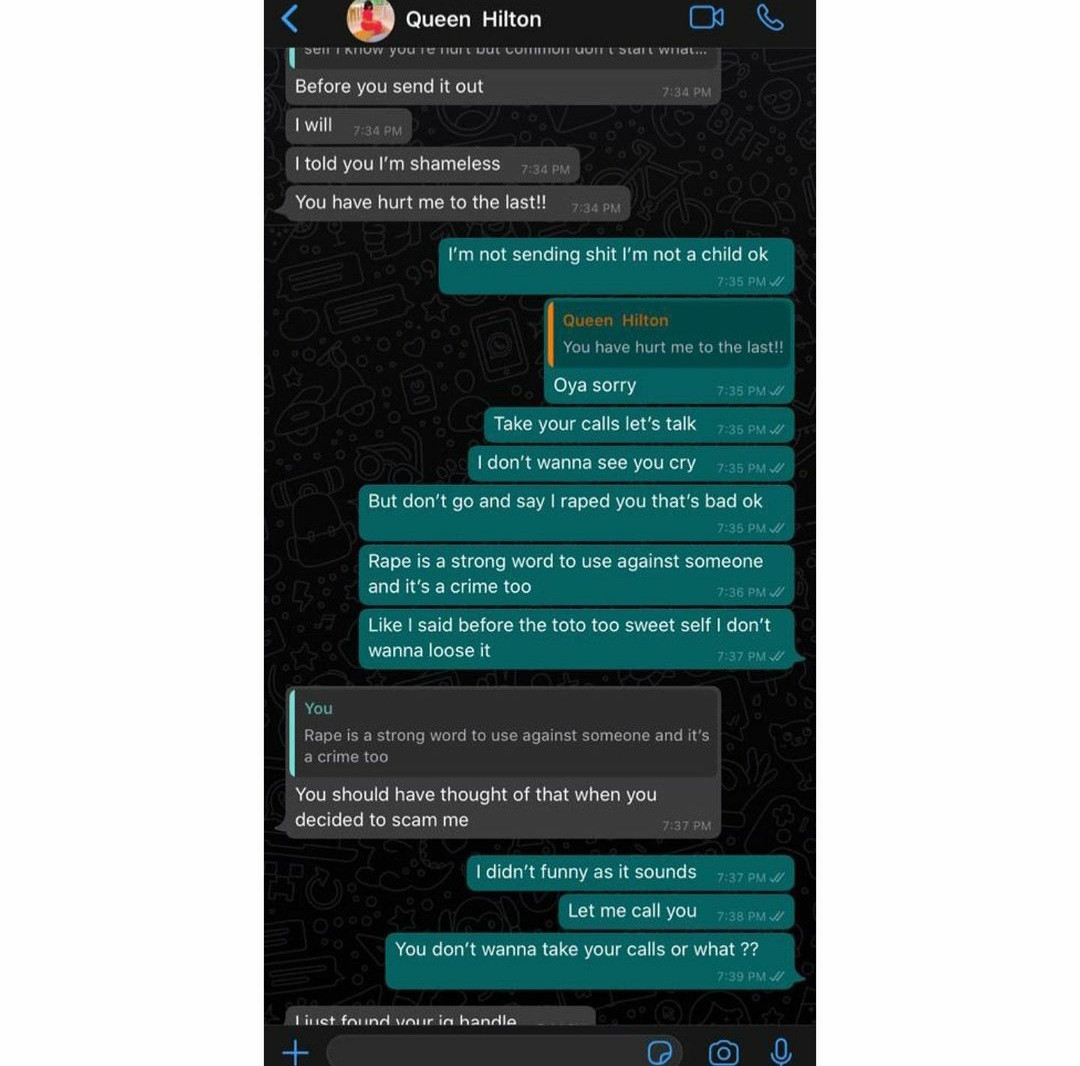 Got a story? If you’ve got a celebrity story, video or pictures get in touch with the Dailynaijamode.com entertainment team by emailing us celebritygists@dailynaijamode.com - we’d love to hear from you.
Facebook
Twitter
Pinterest
WhatsApp
Previous articleTop 20 Nigerian YouTube Celebrities
Next article30 Stunning Dreadlocks Hairstyles To Rock in 2020