Home Entertainment News Lady narrates her experience with a man that “knacked” her into an...

Some stories that pop up on social feeds these days sometimes sound shocking and unbelievable, especially when people narrate stories of what happened to them or that happened to someone else, which they witnessed.

A Twitter user identified with Louis Agunbiade has raised eyebrows after she took to the micro blogging platform to narrate her experience in bed with a man.

She narrates in her story that the man was rough with him such that she had an asthma attack. To worsen the case, she claimed she reached for her inhaler and her legs failed her too.

This man knacked me into an asthma attack, tried to stand up to get my inhaler and my legs failed me too….sweet sex with a sprinkle of attempted homicide

The story was not complete though, because she didn’t tell us how she was revived. 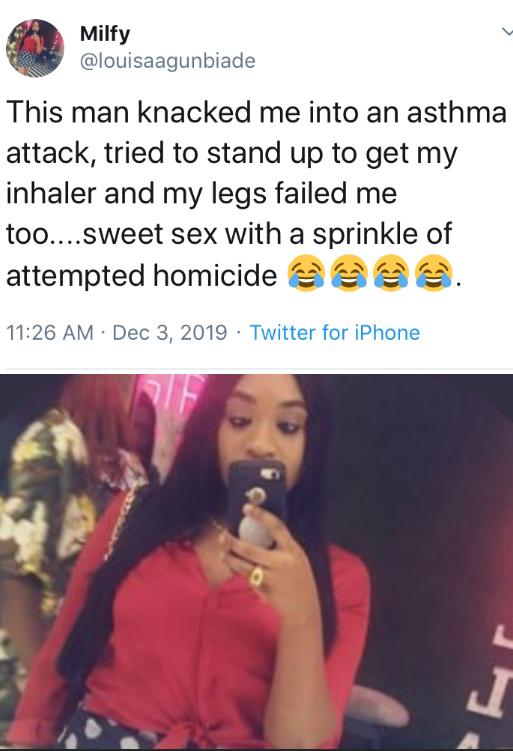