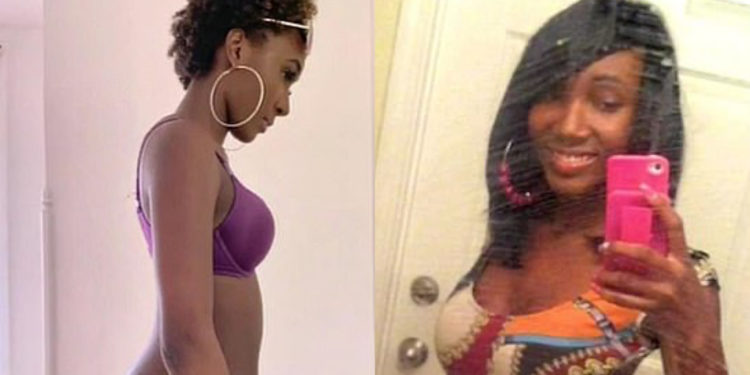 A woman desperate for a well shaped back view was left in agony and with a deformed bum after her implants rotated inside of her, according to Dailymail.

Jabrena, from Georgia in the US, had implants put in to try and get away from her ‘beanpole’ physique, but the results were not what she wanted.

Instead, she was left with two huge and obvious implants which produced a clear outline underneath her skin.

And, she told surgeons on a new episode of E! TV show, Botched, the implants were so badly fitted they rotated inside her body, making them misshapen and painful.

The Botched surgeons managed to repair the mishap and give Jabrena the bum she had always wanted.

‘Two weeks after surgery,’ Jabrena said, ‘the swelling started to kind of go down and you could see the implant kind of on the side. It was like a crease.

‘But, about a month-and-a-half later, the implant flipped.’

She said the implants went on to flip round like this four to five times a week. 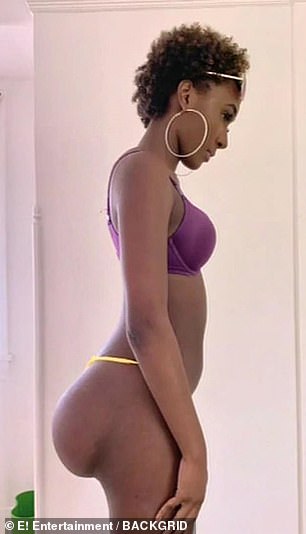 The Botched surgeons, Dr Terry Dubrow and Dr Paul Nassif, said the implants had been put in a pocket – the space created inside the flesh for them – which was too large.

Because of this ‘implant malposition’, they wouldn’t stay in place and were moving around inside her body – something Jabrena described as ‘very uncomfortable’.

Jabrena’s original surgeon offered to try to fix her posterior for $4,000 (N1.4 million) but she decided to seek a second opinion on the popular TV show.

‘I just want a little, cute, nice toot butt and not this big honk that I have back here,’ she said.

Dr Dubrow described the situation as a ‘butt dilemma’ and said: ‘We certainly want to help you, but we don’t want to restore you to a place that you hate.’

He added: ‘Not only are the implants in a pocket that’s way too big, but they’re in the wrong plane in the pocket, allowing them to flip around too easily.

‘The problem is, if I just take the implants out, she’ll have so much sagging skin and no projection that I’ll be trading one big problem for another even bigger problem.’

Dr Dubrow removed Jabrena’s implants and fluid from her buttocks and replaced them with a smaller, better-shaped posterior.

‘Before my surgery, I had a saggy butt and implants were flipping,’ Jabrena said.

‘But now, thanks to Dr Dubrow, I am finally free of my honk butt and now I finally have that cute toot butt that I’ve always wanted 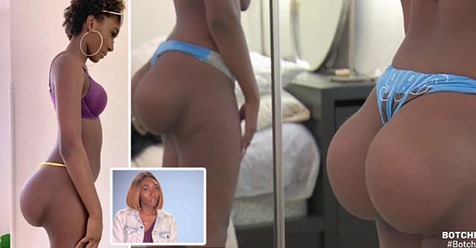