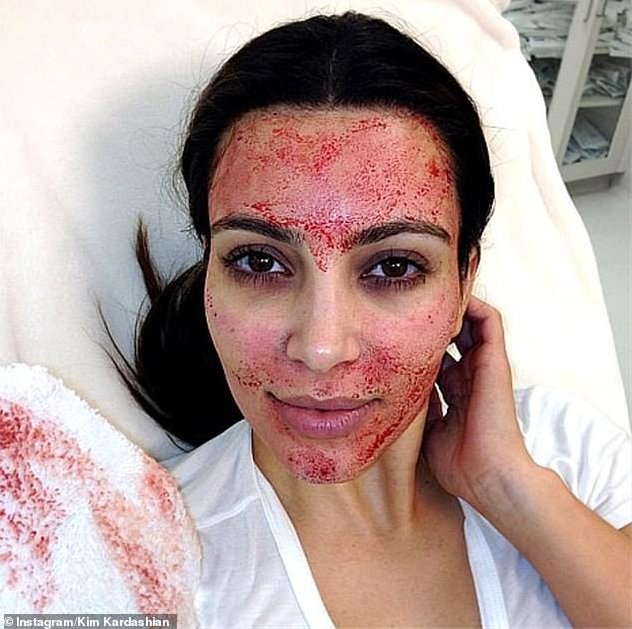 Kim Kardashian is suing an Alabama doctor for using her name and face to promote the vampire facial.

Back in 2013, Kim Kardashian introduced the vampire facial to viewers while filming an episode of “Kourtney and Kim Take Miami”.

Kim Kardashian’s attorney has now filed a lawsuit against Doctor Charles Runels and the Cellular Medicine Association for using her photos without her permission.

The 39-year-old’s attorney filed the complaint for “copyright infringement, infringement of registered mark, false association, violation of the right of publicity and California common law trademark infringement,” according to E!

The court document states: “Defendant Charles Runels is a doctor in Alabama. In characteristically self-promoting fashion, he describes himself alternatively as the ‘Orgasm Doctor’ and the ‘Calvin Klein of medicine’.”

“To that end, while he appears to maintain a small practice in Alabama, most of his time is spent touting the various cosmetic procedures he has purported to trademark—including, as relevant here, the Vampire Facial.” 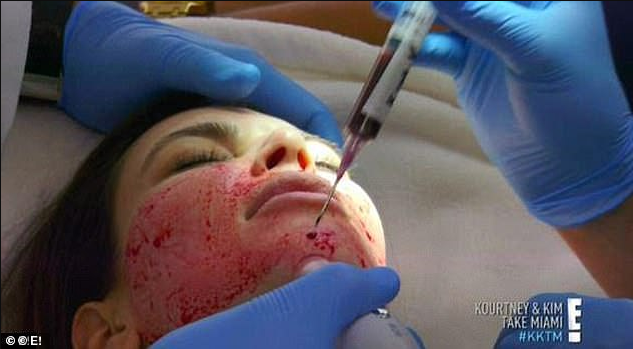 The documents went on to confess that while Kim and sister Kourtney did get Vampire Facials as was seen on the family’s reality show, it was years ago and the sisters “never licenced their name in connection with the procedure.”

The lawsuit continues, “Upon further investigation, Ms. Kardashian was horrified to discover that her name and likeness were plastered all over Runels’ website (www.vampirefacial.com).

Kim’s attorney also alleges that they had already asked Dr Runels to take the photos and her name down and while denying their request he also asked her for money.

“When Ms. Kardashian reached out to Runels and his trademark attorney to demand that he cease using her name and likeness without her consent, he not only refused to take down the pictures of her and references to her; he had the temerity to demand that she pay him,” it read.

Dr Runels has since spoken out on Twitter and through a blog on his site, where he claims Kim and her team have asked him for “profits made by the procedure.”

The vampirefacial.com blog post reads: “The photo of Kardashian-West with the attached “Vampire Facial®” name owned by Dr. Runels went viral and is now on thousands of websites. Dr. Runels also posted the photo (pointing out the fact the Kardashian had the procedure) to his own website.

“He is now being sued by Ms. Kardashian West for a part of the profits made by the procedure, even though she was never asked to endorse it.”

Dr Runels also Tweeted about it on Wednesday morning, writing: “Kim Kardashian-West Uses Vampire Facial® to Promote Her TV Show and Herself (without my permission) then wants part of the profits from all procedures. #vampirefacial.” 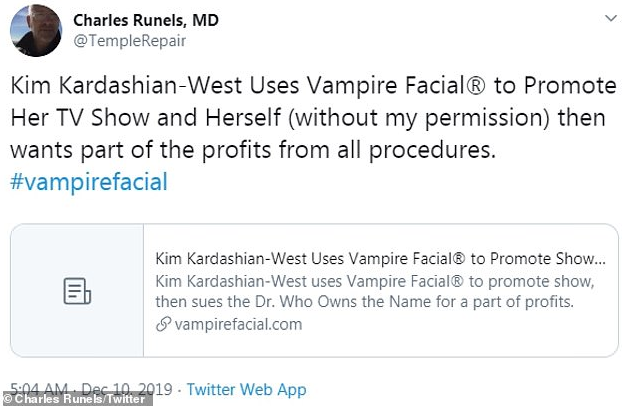 He captioned it, “Kim Kardashian & The Secret Legal Story Behind the Most Famous Celebrity Vampire Selfie.” 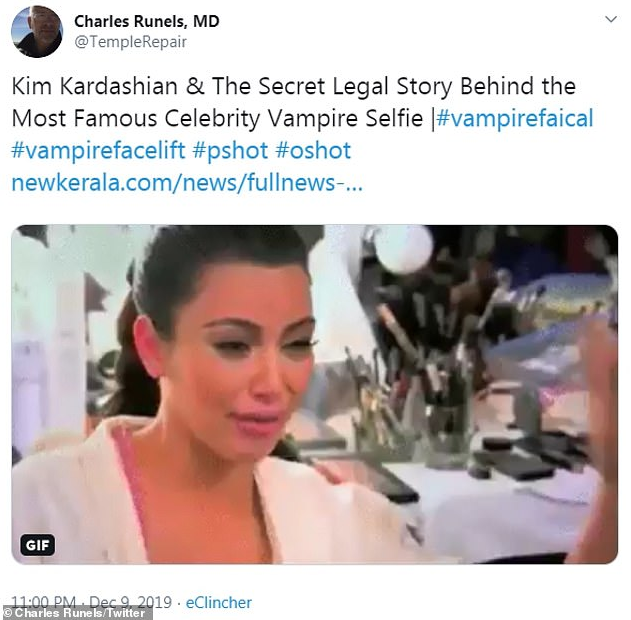 He shared the same article on December 7.