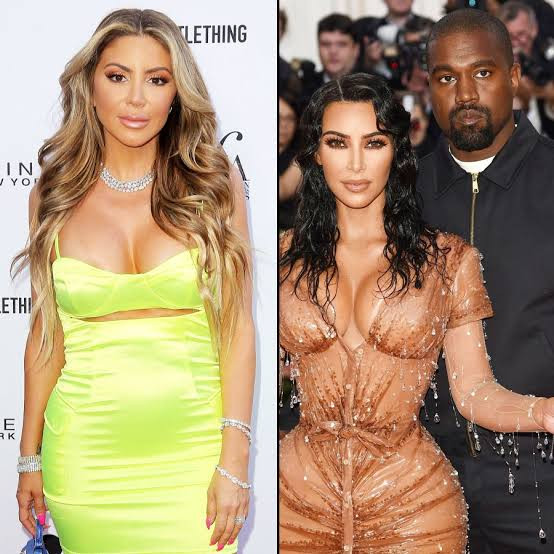 Kim Kardashian’s former best friend Larsa Pippen has spoken out after the pair fell out for unknown reasons.

Larsa, who had been Kim’s closest friend for over a decade, still has no idea what caused the reality star to unfollow her on social media but believes Kanye’s “brainwashing” ways may be at the root of it all.

The 46-year-old is still confused about the situation but continues to insist that she had done “nothing wrong” to cause a rift and had been a true friend to Kim.

Larsa said she now believes that Kim’s rapper husband may have been behind it all.

Opening up in a tell-all interview on the Hollywood Raw podcast, Larsa said: “[Kanye] has literally brainwashed the whole family into thinking… I don’t even know what.

“He talks so much about me being this and that and this and that. I just feel like Kanye was in a place where he really didn’t trust anyone with Kim.”

The wife of former NBA star Scottie Pippen, was convinced that Kanye’s slurs about her to the Kardashian clan began after she’d prevented the rap star from calling her phone.

Larsa was sick and tired of getting calls in the early hours of the morning to listen to all of Kanye’s problems, so instead she blocked his number.

She went on: “He used to call me at four, five, and six o’clock in the morning. I was the person that would take his calls when he wanted to rant.

“I would listen to him. I would be like,’I love you, you’re the best, things will get better’. I was his go-to person to call when he wasn’t happy with X, Y, and Z. How that turned?

“Maybe because I blocked him on my phone because I couldn’t bear taking his calls anymore. I can’t, I’m drained.

“So, I blocked him on my phone. Obviously, that really upset him.”

The reality stars ex best friend continued: “So, he turned that into, ‘Oh she’s this and she’s that’.

“They all started to ride his wave. If you’re that easily swayed, like the wind, then do I really give a f**k? Should I give a f**k? I don’t know. Was I hurt by it? Yes.

“But at the same time, I’m like, I’ve done nothing. I’ve never done one thing. I’ve been the most honest and truthful best friend to all of them.”

During Kanye West’s bipolar episode, fans noticed Kim and Larsa had unfollowed each other and have distanced themselves ever since.

Got a story? If you’ve got a celebrity story, video or pictures get in touch with the Dailynaijamode.com entertainment team by emailing us celebritygists@dailynaijamode.com - we’d love to hear from you.
Facebook
Twitter
Pinterest
WhatsApp
Previous articleDancer, Kaffy, bags honorary doctorate degree from ESCAE Benin university (photo)
Next articleMali’s former president, Amadou Toumani Touré dies at 72