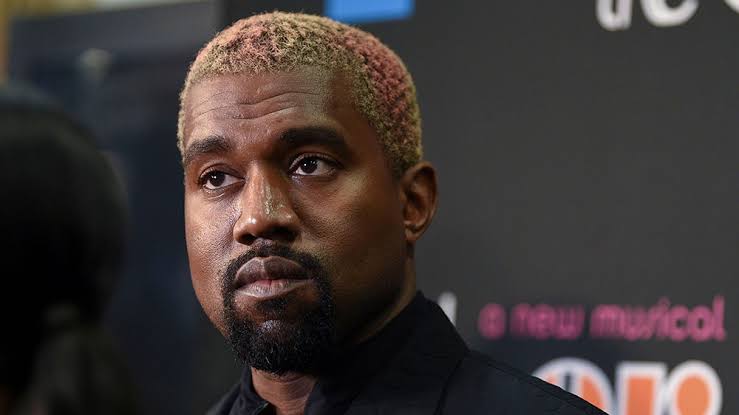 Kanye West claims he suffers ‘like Jesus’ as a result of social media, accusing the apps of fueling sex addiction and tormenting married men.

The rapper, 42, took aim at women – like his wife Kim Kardashian – who use the platforms to share racy snaps, suggesting these are images that they ‘wouldn’t have put out’ if the apps didn’t exist.

The self-confessed sex addict said he used to have pay someone to buy pornography on his behalf when he was younger to see the sort of images he now witnesses on social media.

Speaking in an interview on Beats 1 on Apple Music, the ‘Christian innovator’ branded the apps the ‘modern day cigarettes’ for their addictive qualities.

Kanye has proclaimed that he’s a born-again Christian, and is currently promoting a new album called Jesus Is King (and a film by the same name), both of which are heavy with religious messages.

But while he’s been called blasphemous for comparing himself to God and Jesus in the past — see his song I Am a God on the 2013 album Yeezus — Kanye is continuing to draw parallels between himself and a greater power.

‘I suffer – and I appreciate the suffering because we can just feel a little bit of what Jesus felt when we suffer, but social media makes me suffer,’ he said in the new interview.

‘I suffer from that and by me saying this out loud, I’m sure there’s other married men that suffer in a similar way that are happy to hear me say, “Oh ya, I’m suffering.”‘

Interviewer Zane Lowe then questioned whether the recording artist was referring to his sex addiction, to which he responded: ‘Yeah… I deal with my addiction.

‘When I was younger and I wanted to see something like that I had to pay someone that was older to go to 7/11 and buy it.’

The remarks jar somewhat with the fact that his wife Kim, who has 150 million Instagram followers, frequently shares sexy, suggestive snaps on her page.

But Kanye has turned his newfound religious fervor on his wife as well, urging her to meet his newly-adopted ideas about modesty.

In an episode of Keeping Up With the Kardashians that first aired on October 13, he criticized the revealing, figure-hugging Mugler gown Kim wore to the Met Gala earlier this year.

‘Like the corset, underwear, all that vibe, I just feel like I just went through this transition of being rapper, and lookin’ at all these girls,’ Kanye said in the episode.

‘I didn’t realize that that was affecting like my soul and my spirit,’ he went on, adding that he wasn’t OK with Kim wearing revealing clothing.

‘You are my wife and it affects me when pictures are too sexy,’ he told her.

Kim fired back in the episode, telling Kanye he was giving her ‘really bad anxiety’ and putting out ‘negative energy,’ especially because he raised the issue the night before the Met Gala.

‘You built me up to be a sexy person and have confidence! Just because you’re on a journey and you’re in a transformation, doesn’t mean I’m in the same spot with you,’ she said.

Kanye’s ideas about modesty for women also apply to his children, or at least the his daughters North, six, and Chicago, 21 months.

Kim told E! News this month that even though North has begun playing with makeup, Kanye has now banned cosmetics until she’s older.

‘North is trying to get in on the makeup but she’s being blocked heavily because her dad has stopped all makeup for her until she is a teenager,’ she said. ‘It’s a big discussion, a big fight in the household right now but it is what’s best.’

‘I think as a parent you just learn and figure it out as you go and we realized we didn’t really want her to wear makeup at a young age but she sees her mom putting on lipstick and lip gloss.’

Kanye himself said he also pulled crop tops off the table.

‘A smart man has the ability to pivot to say I think something different now. I don’t think this because it’s the culture,’ he said.

‘I don’t think North should wear crop tops just because I had her wearing a slip dress when she was two years old.’

Kanye’s new ideas about women’s dress has drawn some criticism from fans, particularly those calling the rapper a hypocrite for encouraging Kim’s sexy image for years.

He’s even included Kim in his music videos in various states of undress — and before that, he cast other scantily-clad women like Teyana Taylor in his videos.

But not everyone is quick to condemn him. In fact, he seems to have found new fans in Christian fundamentalists Jinger Duggar, 25, and Jeremy Vuolo, 32, stars of TLC’s Counting On.

‘I’ve been praying about it, and obviously praying for Kanye,’ Jeremy said of Kanye’s spiritual journey.

‘Now with his album dropping, it’s interesting to listen to it… but it’s also interesting to see a lot of the reactions. Some people [are] vehemently against it.

Jeremy warned others not to judge or to ‘[look] at a sinner like Kanye West and [say], “Jesus could never save him” or “How dare you claim that Jesus would save him, he’s still the same old filthy sinner.”‘

He also praised the ‘theologically sound’ men who are ‘discipling’ Kanye.

‘Kanye is surrounding himself with good people,’ he added. ‘So that gives me confidence.

‘It encourages me to see that Kanye is not only claiming to be born again, but he’s surrounding himself with really good people that are theologically sound.’

‘It struck me as an outburst of praise coming from a captive soul that’s been set free,’ he said.

‘I enjoyed it. I think, honestly, from an artistic, from a musical perspective, it was one of the greatest pieces of art, of musical art, that I’ve ever witnessed live.’ -dailymail.co.uk