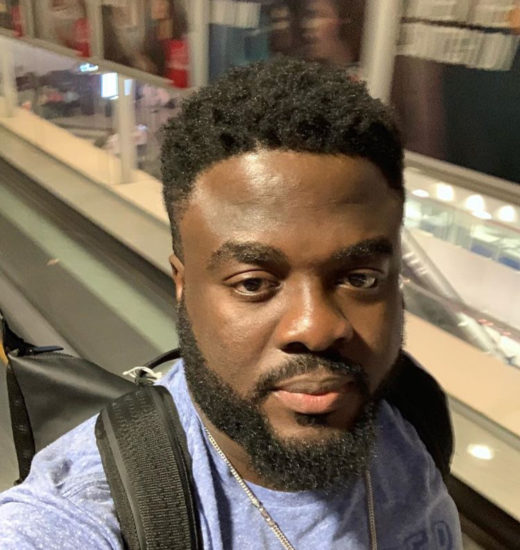 Actor and scion of the legendary filmmaker, Ade Afolayan (Ade Love), Aremu, is undoubtedly a fine role interpreter. However, apart from his talent, there have also been several insinuations online that the heavily built dude is a gigolo, serving as a boy toy, for older high profile women.

Responding to such insinuations in a chat with Sunday Scoop, Afolayan said, “That is an old gist, and I really don’t want to talk about it. But, even if I am doing that, it is nobody’s business. I am sure (the people talking, would) also want to do that (if they had the opportunity). I am a business man, and you can actually refer to me as a prostitute in business. I sell cars, clothes, wrist watches, and many other things. Dating someone older than one is different from someone older paying one’s bills. I don’t think there is anything wrong in dating or marrying someone older than one.”

On why actresses seemed to fare better than actors in the industry, Afolayan said, “Most people have side business. Even many Hollywood celebrities have side businesses. One problem, though, is that some people live up to certain expectations that nobody is even asking them to in the first place. But ordinarily, both male and female actors should be making so much money that they should be the one sponsoring politicians, and not the other way round.”

Reacting to those that believe actresses are often involved in ‘runs’, Afolayan simply said, “I don’t know anything about that. I presume they can do whatever they want with their lives.”

dailynaijamode - February 25, 2021 0
Actress Nkechi Blessing Sunday who went public with her romance with her new boyfriend and Ekiti politician Hon. Opeyemi David Falegan, has issued a warning to those who want to snatch her new man. In an...
Read more
https://wlbet9ja.adsrv.eacdn.com/C.ashx?btag=a_152489b_915c_&affid=9196&siteid=152489&adid=915&c=