Innocent Chukwuwa is a Nigeria entrepreneur, and automobile expert is popularly known as Innoson. He is the founder of Innoson Vehicle Manufacturing(IVM) Nigeria’s first indigenous automobile manufacturing company.

The company specializes in sport utility vehicles, commercial buses and passenger cars and his factories are located in Nnewi and Enugu and has the government officials of Anambra and Enugu States, as well as a few federal agencies, among its customers.

This article is about Innocent Chukwuma Ifediaso, a multi-million Dollar Nigerian entrepreneur who went from selling spare parts, to building a large conglomerate that manufactures motorcycles, tricycles, spare parts, tyres, cars, and many other commodities.

Innoson was named Innocent Ifediaso Chukwuma(OFR) was born in Nnewi, Anambra state to the family of Chukwuma Mojekwu. He is the last child in the family of six.

Education
Innoson had his primary and secondary education in Uru-Umudim Nnewi, in Anambra State. After his secondary school education, he applied to study Engineering at the university but failed due to not passing the cut off marks.

Family
The multi-billionaire is married to Mrs. Ebele Chukwuma and the marriage is blessed with children.

Business Interests
Innoson was born into a city Nicknamed the Japan of Africa, “Nnewi” famously known as a hub for automobile spare part dealers, and most recently the city became Nigeria’s first indigenous car assembly plant. The town is also known for its factories that manufacture household goods and is home to the biggest road transport companies in the country.

Innonos started his business carrier by helping out in his brother (Gabriel) at the medicine store and while working with is brother he moved to serve Chief Romanus Eze Onuuwka to have a practical understanding of trading.

In 1979 after his time with his boss(Romanus Eze Onuuwka), Innoson returned to his brother Gabriel and together they step up a company called Gabros International which was funded by his brother with the sum of 3,000 Naira.

Innoson major breakthrough came when he discovered prices of motorcycles were expensive because imported motorcycles were brought in crates, and each crate could only contain one motorcycle, which would take up a lot of space, this meant only 40 crates could be put into a 40 feet container, and upon arrival, the motorcycles would become naturally expensive to buyers.

So he took a trip abroad to see how it was done and he had a brilliant idea which enabled him to ship 200 motorcycles in parts, in one 40 feet container. Upon arrival, he’d reassemble them, and his motorcycles would cost 40% lesser than his competitors’ prices. This tactic brought down the average cost of a motorcycle from 150,000 Naira to 60,000 Naira, and subsequently exploded his sales and revenues.

He later decided to set up an auto manufacturing company in 2007 called Innoson Vehicle Manufacturing Limited (IVM) and has gone to manufacture trucks, SUVs, buses, sedans, and even spare parts for the Nigerian army’s fighter jets. 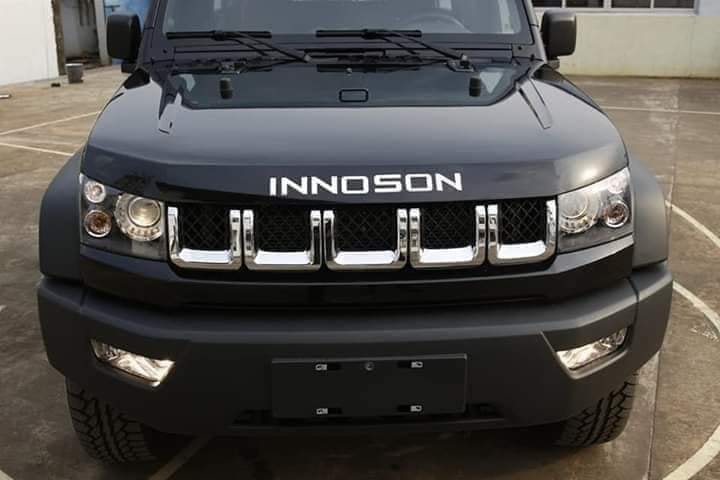