Home Entertainment News “If your penis is not responsible for your succes then my vagina... 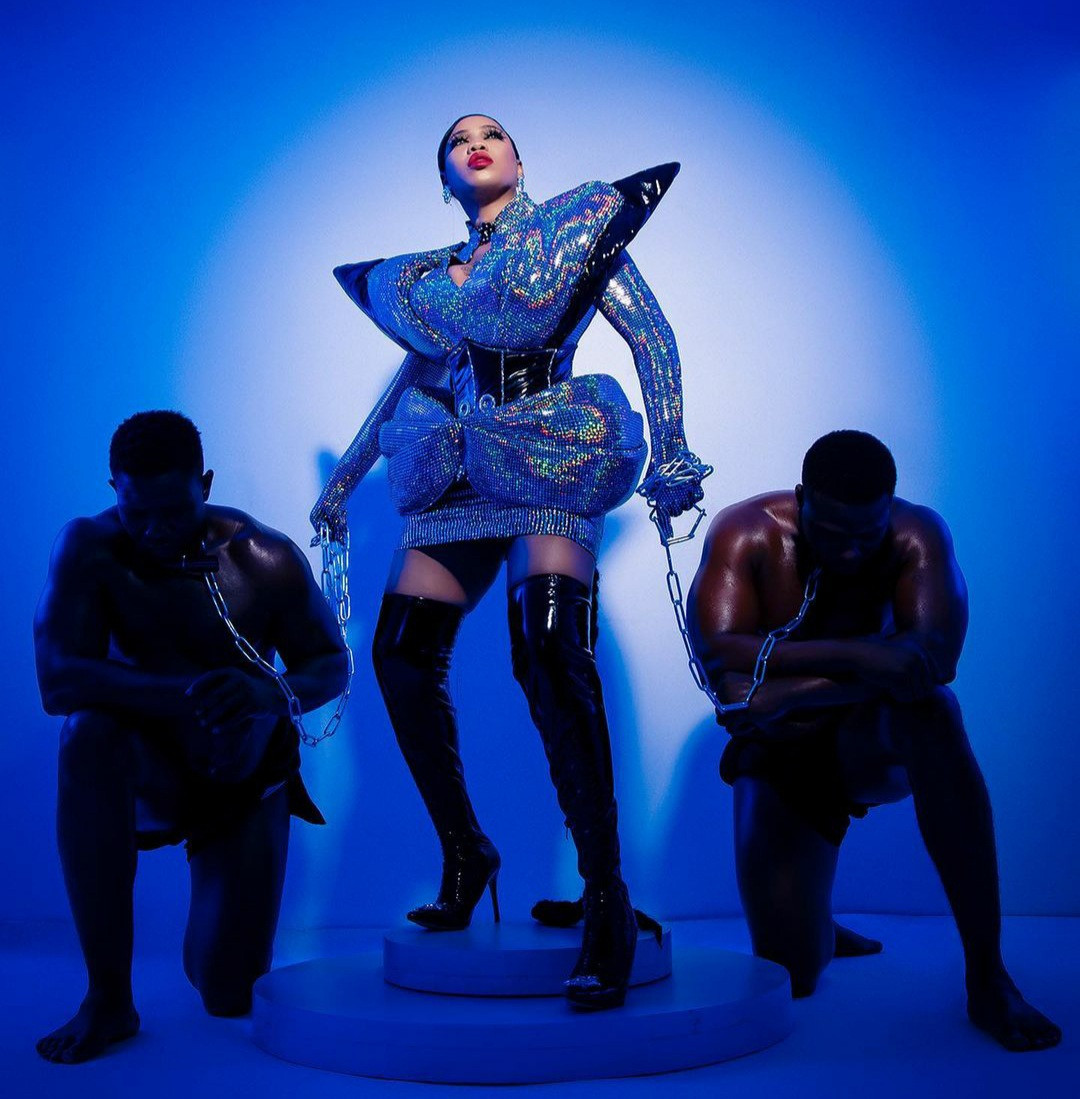 Toyin Lawani took to Instagram to question the bias that successful women achieved greatness by having sexual relations with men.

The entrepreneur shared photos of herself clad in one of her designs tagged Gender Credibility Deficit.

She was posed next to two topless men in chains.

She added in the caption that women are ruling the new world.

She pointed out that the world has so far been ruled by men who “set limits to the female” on what they can achieve. 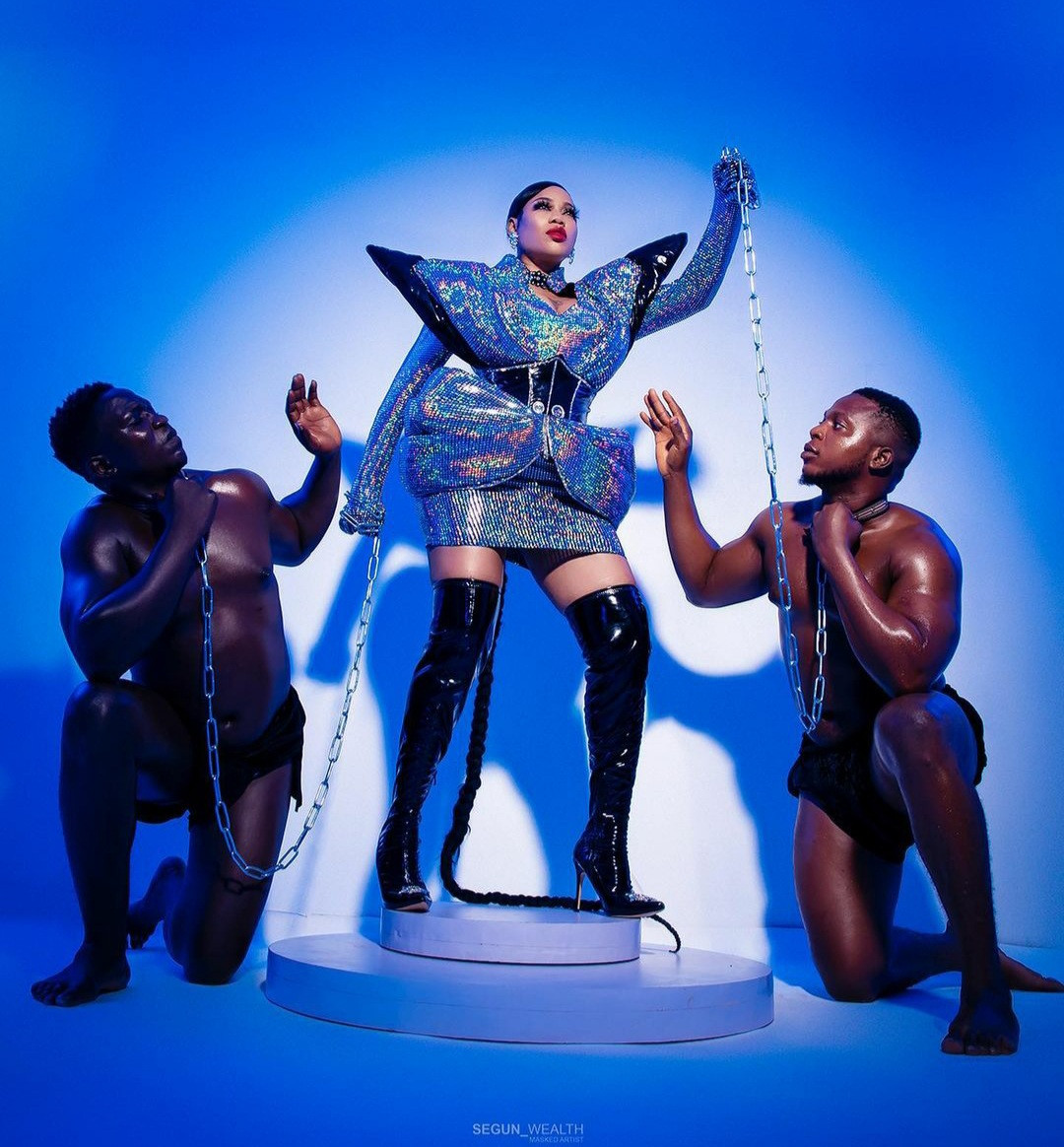 She added that she isn’t restricted by those limits. She also said that some men can’t do what she does daily yet they “like to give commands because they feel women are their toys.”

She further stated that she has a daughter and a son who breathe the same air and she will ensure that none is enslaved by gender perceptions because “gender is not a measure of success or height”. 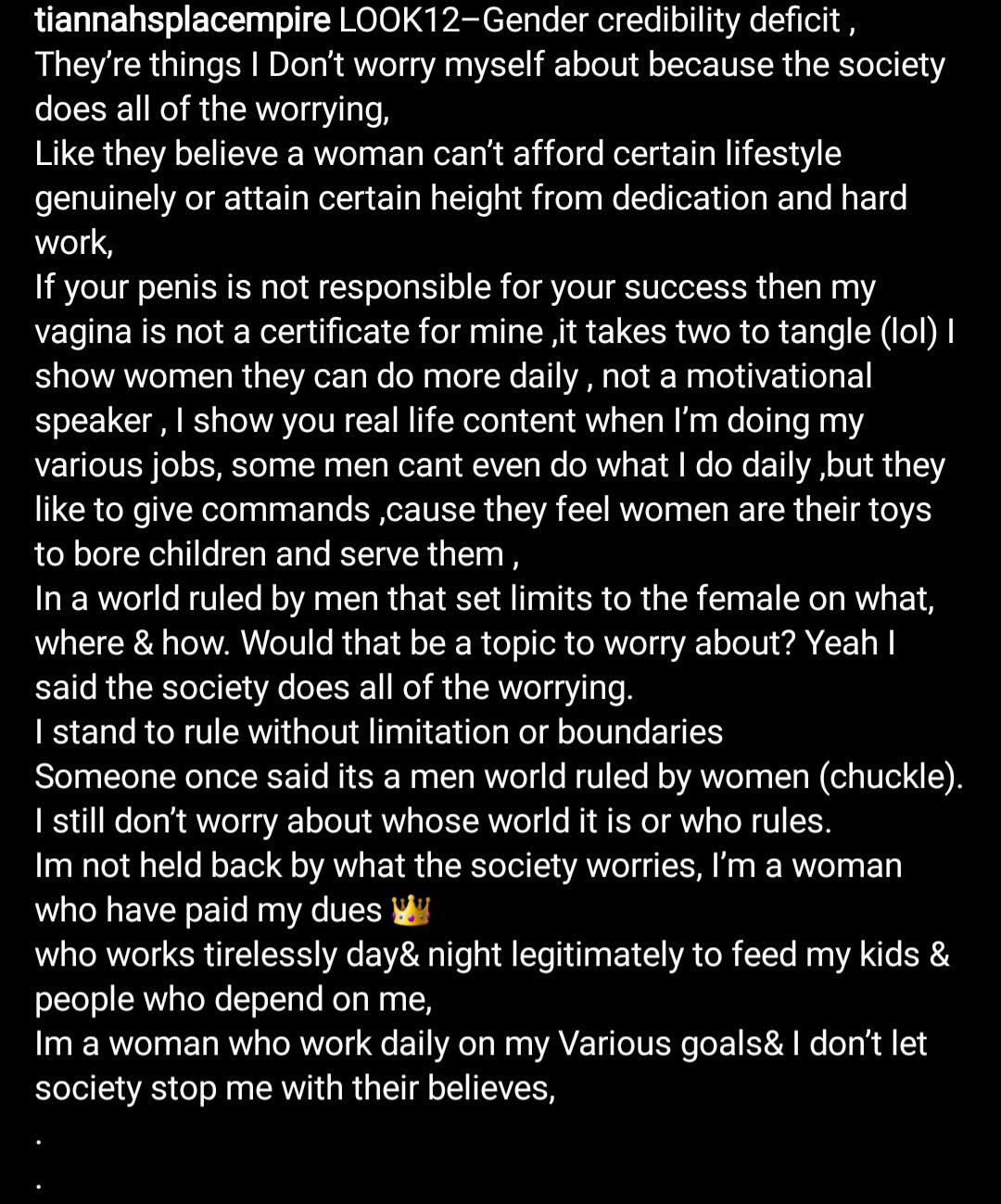 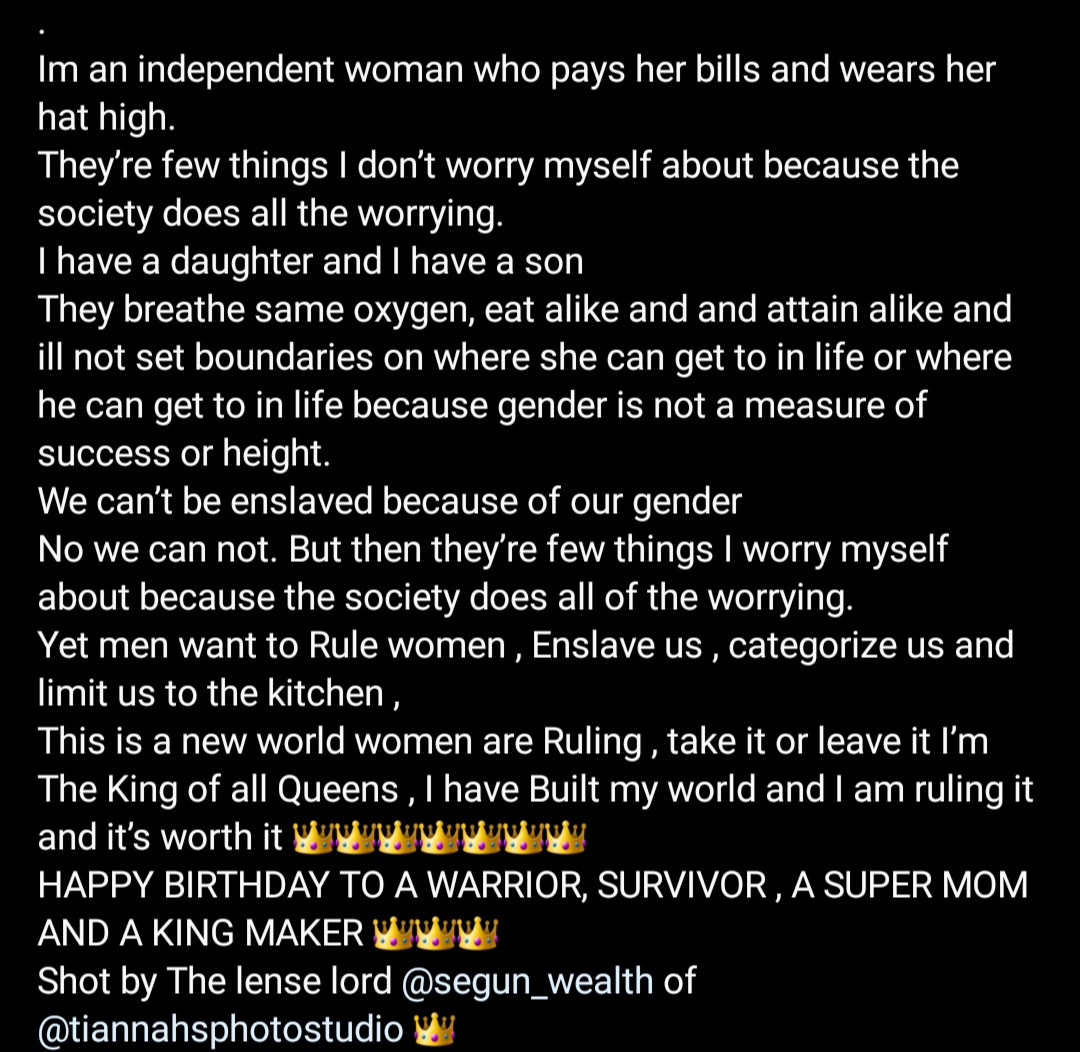