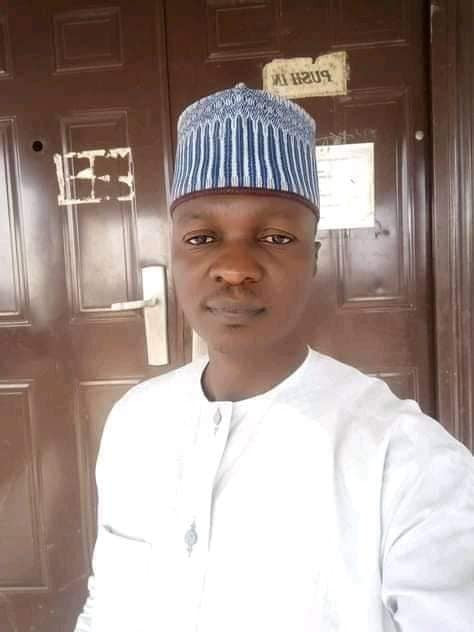 An account officer with the Niger State Development Company (NSDC) Abdullahi Isah, has been killed by gunmen suspected to be bandits.

It was gathered that Isah, was shot dead by the gunmen on Thursday, March 25, on his way from Minna to Kontagora to attend a function.

One Awwal Ahmad Paddy, who confirmed the incident on Thursday, said that he spent almost three hours with the deceased a day before he embarked on the ill-fated journey to Kontagora.

“INNALILAHI WAINNA ILAIHI RAJUUN!!! He called me yesterday and asked me where I am, and I told him I was at SUBEB Office, he later came and picked me up and we spent almost three hours discussing some issues that was personal between me and him and when we finished he dropped me at the junction and he told me that please we should meet on Friday in kontagora,” he wrote.

“Just 30mins before he enters kontagora today he called me and told me that he is about to enter kontagora not as we earlier scheduled due to some emergency. But sundenly I just received a call again after some few minutes that MAL. ABDULLAHI is no more. A best friend of mine which I will never forget. May your gentle soul continue to rest in peace Mal. Abdullahi. We will forever missed you friend.” 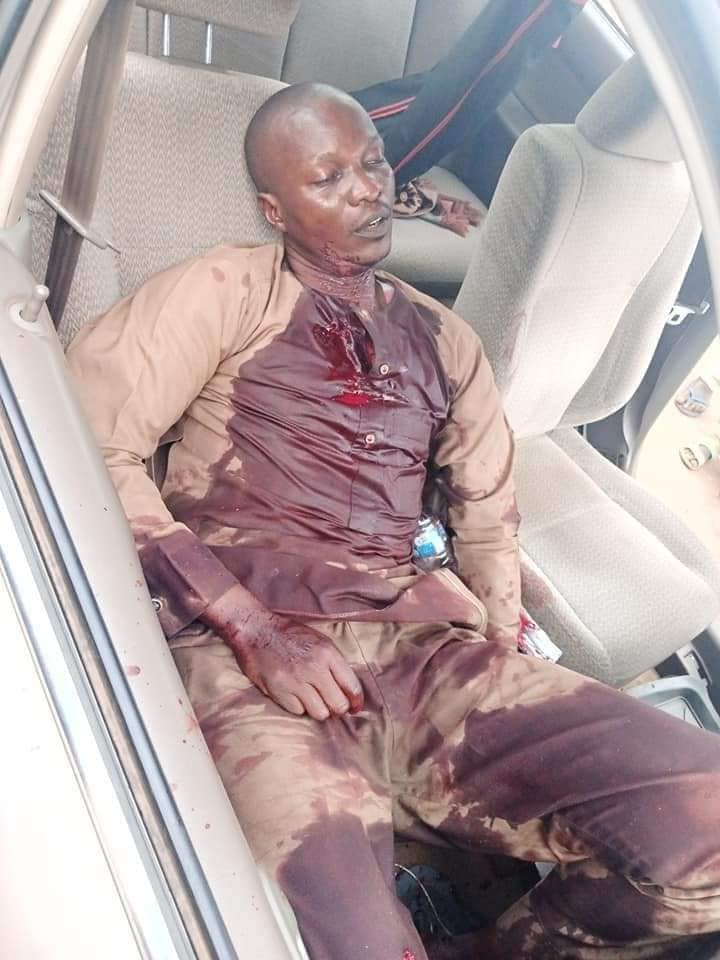 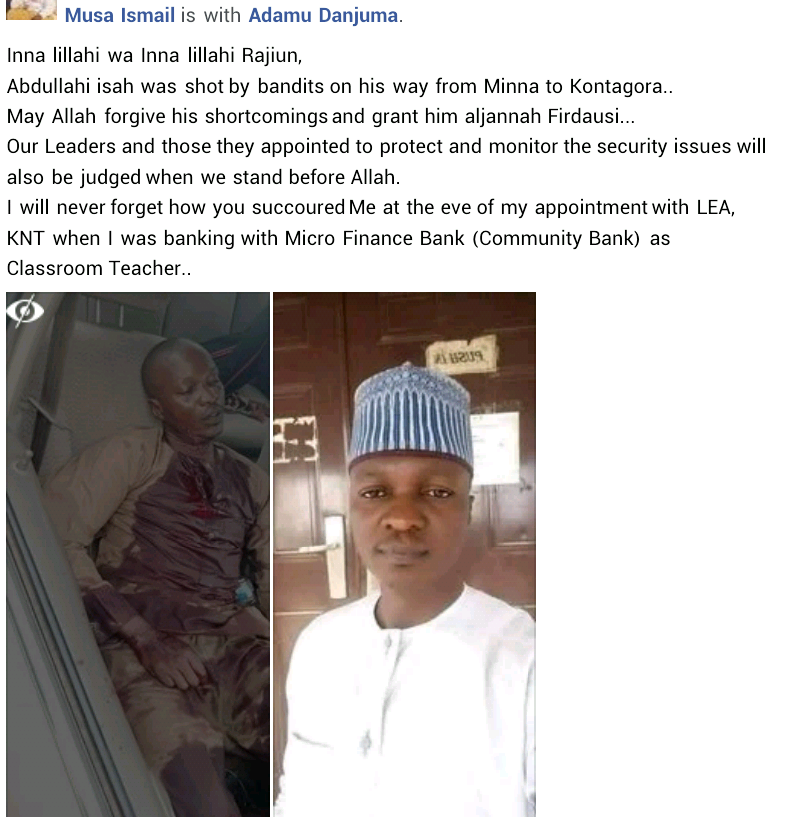 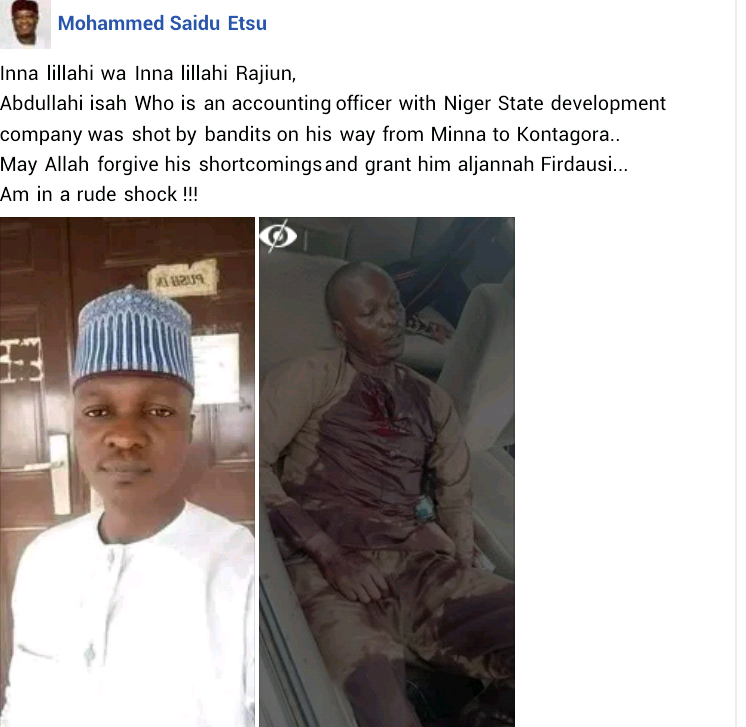 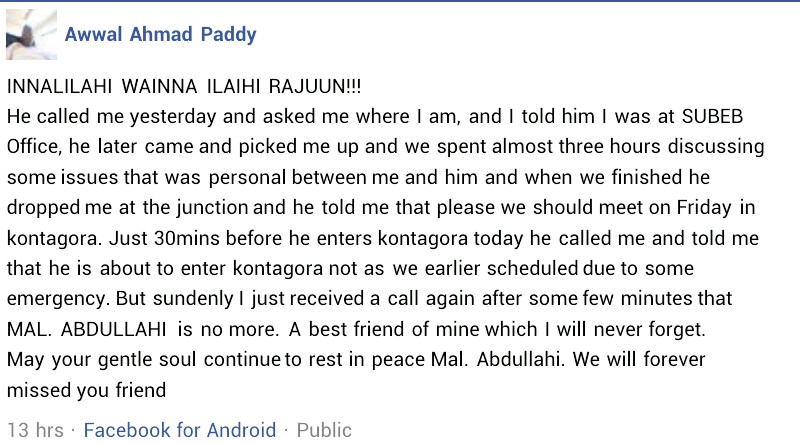