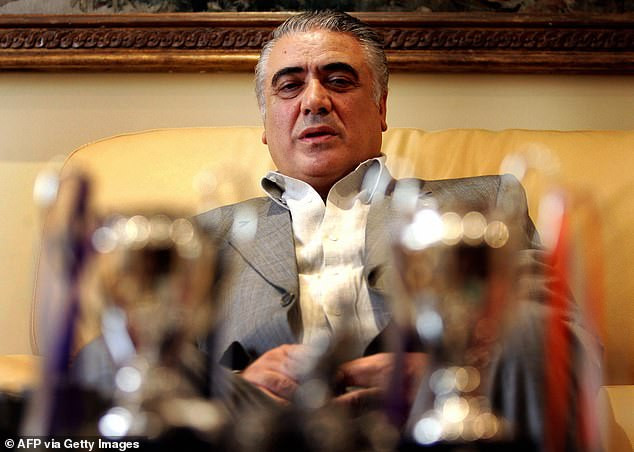 The news was confirmed by his son, Fernando Sanz, who played for Real Madrid during his father’s time as club president.

He reportedly told Marca: ‘We are quite worried and little can be done. He had been feverish for eight days, they called the phone and told him to take paracetamol.

‘He did not want to go to the hospital until he was short of air and he was getting worse.

‘They put him inside and told him that he was bad, with little oxygen in his blood. He said he had a low fever and did not want to collapse the system.

‘We do not know if it is coronavirus or not.

‘My mother is there because we have not been able to go. They have said that they would call and that, as long as they do not call, it is good news.’

Lorenzo Sanz, was president at the Bernabeu from 1995-2000 and Real won six trophies during his time in charge, including the 1998 and 2000 Champions League titles.