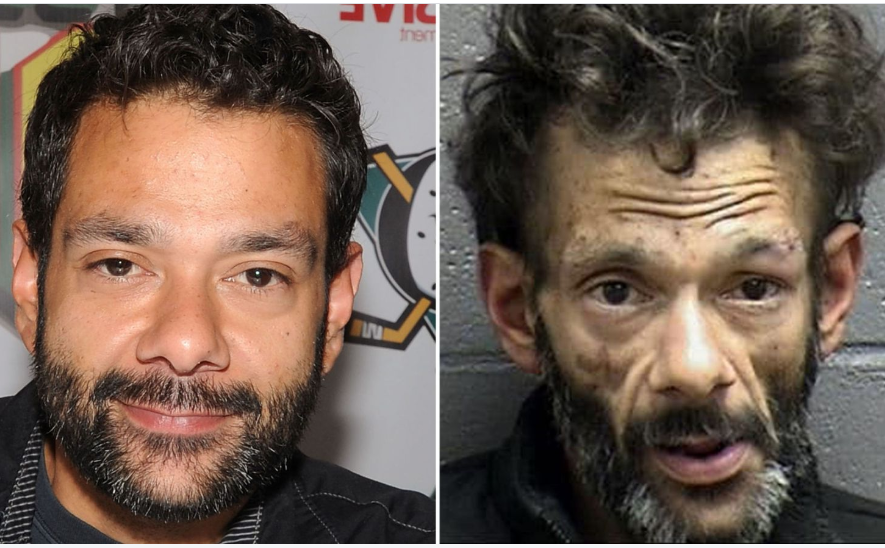 Former child actor, Shaun Weiss has been arrested for burglary and being under the influence of methamphetamine.

The 41-year-old, who played goalkeeper Greg Goldberg in Disney’s The Mighty Ducks and its sequels was detained on Sunday by police in Marysville, California after he was allegedly found in a vehicle he broke into at a residential property. The Marysville Police Department released a mugshot of the actor alongside a photo taken of him in 2015 and said it “turns out Mr. Weiss was a movie star one time”. But the mugshot has increased concerns about his well-being.

He was arrested for “residential burglary and being under the influence of a controlled substance”.

Officers were called following reports that a burglary was “in process” and when they arrived at the scene, the homeowner said he had witnessed a man inside his garage. After entering the garage, officers found a “male subject inside of the homeowner’s vehicle,” the police department said.

“Weiss forced entry to gain access into the vehicle by shattering a window,” a force statement said.

“Officers noticed shattered glass on the ground and observed that the passenger window to the vehicle was broken.

“Officers ordered the male out of the vehicle and took him into custody. The male was identified through his California driver’s licence as Shaun Weiss.”

The Marysville Police Department said Weiss “displayed symptoms of being under the influence of methamphetamine”.

Weiss was taken to Yuba county jail and is being held on $52,000 bail.

Speaking at the time, Weiss’ manager, Don Gibble, told Page Six: “Hopefully when [Shaun] gets out he will go to rehab so he can stay sober. He hopes jail will help him, and maybe while he is in jail, he will write something.”

The actor was released just 12 days later, due to overcrowding within the county jail and five days later was arrested again, this time for drugs charges. He was eventually sentenced to 90 days in jail for possession of suspected methamphetamine.

In August 2018, the actor was arrested in Oroville, northern California for public intoxication. He was taken to a local jail to sober up but wasn’t formally charged. Following his arrest, Weiss said he would be entering rehab.