I use PiggyVest to save & invest securely. Sign up with my link and get ₦1,000.00 to start your own savings journey - https://www.piggyvest.com/?newref=1&ref=9e430199a40620
Nigerian youths have been on the streets since Thursday clamouring for its scrapping nationwide. But government has only promised reforming the hated police outfit, notorious for extra-judicial killing of young Nigerians, harassment and torture.One Nigerian has decided to give the campaign another dimension, by asking many of Buhari’s followers on Twitter to unfollow him and Vice-President Yemi Osinbajo.The campaigner is Reno Omokri, former presidential media aide and social media commentator, Reno Omokri, has lent his voice to the ongoing #EndSARS protests in the country with a digital campaign targeted at their Twitter accounts.On Saturday, he tweeted:VP @ProfOsinbajo personally checks his Twitter TL. If we mean business with #EndSARS, let’s shock him and General @MBuhari. If we all stop following him and he sees his Twitter following drop by 1 million, he will act. Let’s go!#UnfollowBuhari #UnfollowOsinbajoSo far, a hundred thousand people have joined the call to unfollow Buhari on TwitterHe shared the development in a tweet.. 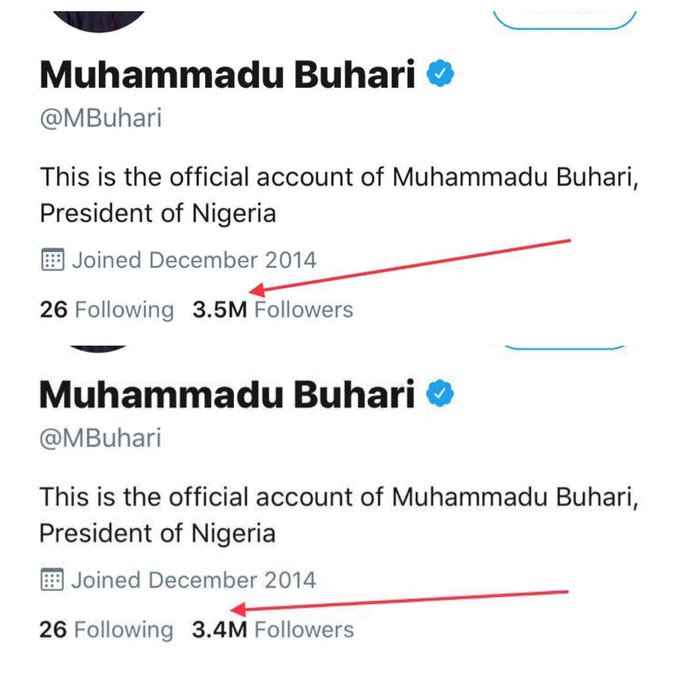