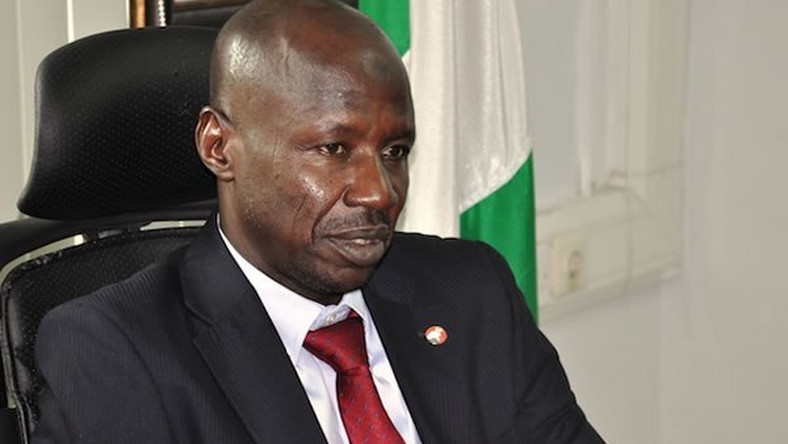 The Acting Chairman of the Economic and Financial Crimes Commission, Mr Ibrahim Magu, says the agency is planning to rehabilitate young people who are engaged in Internet fraud, popularly known as Yahoo Yahoo boys.

Magu stated this in Lagos on Thursday while delivering a paper titled, ‘Strategic change administration and innovation to curb corruption in Nigeria,’ at the third All Administrators National Conference of the Chartered Institute of Administration

According to him, Internet fraudsters could be useful to the agency in future.

While speaking on collaboration between the Nigerian graft agency and other nations, Magu said EFCC had secured collaboration with ECOWAS member-states to aid in prosecution of cross-border crimes.

He stated, “So if you carry money from Nigeria and escape to Ghana, we will just call the men in Ghana and say, ‘arrange this man and keep him for me.

“This is what the Yahoo-Yahoo boys like to do. But we are planning to rehabilitate them because they can be useful to us in future.”

Magu said the graft agency had been able to secure 614 convictions between January and September.

According to him, in addition to increasing its zonal offices, the agency had also increased and trained more personnel all in an effort to curb corruption in the country.

In the fight against corruption, synergy is important, the EFCC acting chairman said.

He urged the CIA to collaborate with the agency in the fight by making sure that they administer their affairs in a corruption-free manner.

He also called on civil organisations and members of the public to report cases of corruption to the agency.